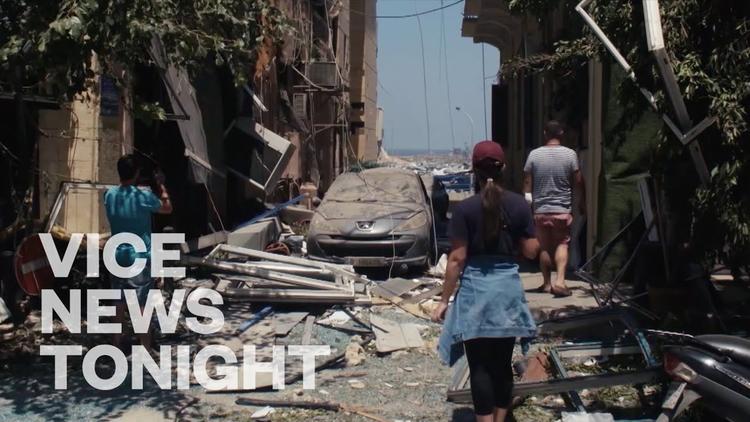 The explosion that tore through Beirut on Tuesday August 4 was so strong that shockwaves were felt on the island of Cyprus, over 200 kilometres away. At least 135 people were killed and 5,000 injured in the blast. Such devastation would be difficult to deal with at the best of times but it hit the Lebanese capital in the midst of a severe economic crisis that has only been compounded by the COVID-19 pandemic.

Before the blast, Lebanon’s currency had plummeted to record lows, losing more than 80% of its value since October 2019. The Lebanese pound has been officially pegged to the US dollar since 1997 at the rate of L£1,500 to US$1, with the two currencies largely used interchangeably. But this exchange rate has long been untenable.

This is because the nation’s government debt levels have for years been among the highest in the world, as were current account deficits (the difference between a country’s imports of goods and services and exports). Lebanon produces little and depends heavily on imports, including most of its food. It was borrowing heavily to pay for these imports.

This would usually prompt capital to leave the country, making the value of the currency fall. For years, however, the country avoided this fate. Local banks were happy to lend to the government because they were receiving exorbitantly high interest rates. The fact that many politicians held stakes in the banks cemented this cosy relationship between government and finance. Meanwhile, the country’s large diaspora was happy to deposit US dollars they had earned elsewhere in Lebanese banks. Friendly Gulf governments also provided financial assistance.

Yet by 2016, even the country’s loyal diaspora started getting cold feet about depositing money back in Lebanon and relations with the Gulf grew frostier. Capital flows into Lebanon slowed down. To try and keep money flowing in, the central bank then engaged in complex borrowing arrangements with local banks which it described as “financial engineering” but critics have labelled a Ponzi scheme.

But economic confidence was not restored and by September 2019 the central bank could no longer stem the flow of money leaving the country. With capital flight in full swing, banks started rationing the amount of dollars that people could withdraw from their accounts. The prospect that Lebanese savers would be unable to access hard-earned dollars or that their Lebanese pounds would lose value led to rising panic.

To raise revenues and present a picture of greater fiscal probity, the government then proposed new taxes on tobacco, petrol and voice calls via messaging services like WhatsApp. This was the straw that broke the camel’s back. Thousands of people took to the streets to protest the tax along with wider issues of corruption, forcing the government to resign. But the currency plummeted as the new government under the next prime minister, Hassan Diab failed to develop a coherent strategy to tackle the country’s problems.

The collapse of the Lebanese pound means imports have become very expensive. Inflation is skyrocketing, causing unprecedented levels of economic hardship for Lebanese families. World Bank estimates from before coronavirus and the latest tragedy suggested poverty could rocket from a third to 50% of the population.

The collapse of Lebanon’s financial system is symptomatic of a wider failure of governance which goes back to the policies adopted after the end of the country’s civil war in 1990. Lebanon’s political class recruits itself from a narrow pool of families, many of whom have been in power for decades.

They claim to represent Lebanon’s many sects and government posts are shared according to a rigid formula based on the country’s religious communities. This system enables politicians to divide up economic spoils and enrich themselves – just as they did with the profits from banks they held stakes in.

Foreign powers from Iran and Saudi Arabia to the US and France have long indulged Lebanon’s leaders. They hoped that aid would gain them influence in this strategically important country.

The explosion of the port fits into the pattern of failed governance in Lebanon. Initial reports suggest that port officials were aware of the dangers posed by the store of ammonium nitrate that caused the explosion. Only an impartial investigation could uncover full culpability. The neglect and incompetence at the centre of this disaster are typical of the myriad failures replicated across the state.

Solutions may emerge as many Lebanese look beyond their failing state and corrupt politicians. The day after the explosion, Beirut’s streets were filled with the sound of glass being swept up as thousands of people worked together without much support from official agencies in sight.

But destruction is widespread. Dwellings are damaged within a six-mile radius and initial estimates suggest 300,000 are homeless. Hospitals that were already struggling to cope with the first wave of COVID-19 cases, are stretched beyond capacity.

There are concerns over food supplies as the national wheat silo was hit and Beirut’s port damaged, which will further curtail the government’s ability to import food. A humanitarian crisis would also affect Lebanon’s estimated 1.5 million Syrian refugees and 270,000 Palestinian refugees.

Various European and Arab governments have rushed emergency aid to Beirut for immediate recovery. A possible rescue package from the International Monetary Fund promises much needed funds but would also impose austerity and privatisation. The latest negotiations with the fund recently broke down over the inability of Lebanese politicians to present a united front.

The immediate future looks bleak and will likely see large-scale emigration. The explosion erodes what little trust citizens may still have had in their political class and long-term solutions require nothing short of fundamental political change.

Vice News: “Beirut Was in a Huge Economic Crisis — Then the Explosion Hit”