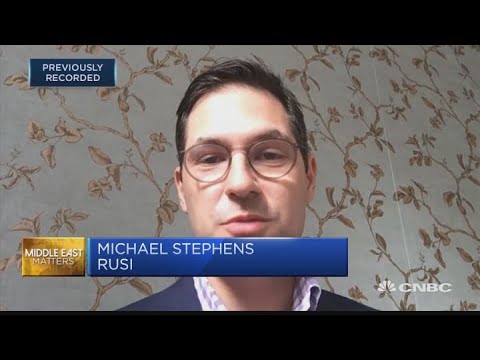 While the US’ Deal of the Century ran out of traction earlier this year before it even took off, Israel’s own version took effect last week when it reached a historic peace deal with the United Arab Emirates. In return for delaying its annexation plans in the West Bank, which was contested and unlikely to take place anyway, it secured diplomatic relations with one of the most influential Arab states.

Not since Egypt’s signing of its peace treaty with Israel in 1979 has the region witnessed such a moment of disappointment at an Arab state’s abandonment of the Palestinian cause, with the Palestinians, Turkey, and Iran condemning the move. Barely hours went by following the deal before social media abounded in Emirati figures, some of whom even called for the monitoring and exile of any national who speaks against the deal.

In retrospect, the move is hardly surprising and was even expected by many analysts of the region who did not fail to notice the secret meetings between the two states over the years, which were revealed to go back decades to the 1990s. Then, more recently, the country’s Etihad airlines began making flights to Israel to deliver aid for the coronavirus, followed by further revelations late last month that the Emirates were persuading its regional allies to recognise Israel.

This move, therefore, is more the achievement of US President Donald Trump’s administration finally getting the Arab world – and one of its most influential states – on board with making ties with Israel official, after decades of attempts and backdoor talks.

Up until now, the Arab and particularly Gulf states have maintained a façade of public enmity towards Israel, its occupation of Palestinian territory, and its quest for dominance by making annual condemnations of its actions and the spouting of the rhetoric of seeking to work for a Palestinian state. That view may well still be held by the majority of those country’s people, but the governments who rule over them have a more pragmatic view of the situation.

It is a bitter truth that the Arab governments do indeed have much to benefit from formalising ties with Israel, with the country’s innovative tech and agricultural industries being just a few notable examples of its potential exports to the Arab world. The UAE and its neighbours have already had a glimpse into that through their purchase and use of Israeli spyware over the years.

With official ties being formed and with no diplomatic obstacle, the cooperation between Israeli and Emirati business would certainly benefit the Emirati economy in a myriad of ways, despite not having a significant impact due to the already existing ties between them. In return, Israel would gain greater access to the region and the Arab states in the form of investment, trade, aviation routes, bilateral relations, and even tourism.

The only condition for all of that – predicated on the utopian idea that Israel is a force for good rather than an occupying entity – is to simply abandon the Palestinian cause and accept the inevitable sovereignty of the Israeli state over the entirety of Palestine.

It is not only old neighbours who are considering opening relations with Israel, though, but also new regional actors and Emirati-backed proxies such as Yemen’s Southern Transitional Council (STC), the Libyan National Army (LNA) under Khalifa Haftar, and the Kurdish People’s Protection Units (YPG).

With both the STC and Haftar having expressed interest in building ties with Israel over the past few months and the YPG having sought its support last year against Turkey, it would not be far-fetched to consider Tel Aviv as a potential new backer of such elements in the region. Aside from the economic benefit of opening up to Israel, there may be a military benefit the likes of which can be seen in Israel’s arming of the Indian military in Kashmir.

It would also come as no surprise if Israel joined the UAE and the Gulf states in their opposition to all foreign policy initiatives undertaken by Turkey, as it has already begun to do with its stake in the EastMed pipeline deal of which Turkey is already fiercely countering. This would be particularly likely seeing as Ankara has threatened to suspend ties with Abu Dhabi following the peace deal.

In contrast, Bahrain has been touted to also formalise ties with Israel in the coming days and Oman seems closer to doing so after backing the UAE’s move. As for Saudi Arabia, there has so far been silence, but many speculate that the Emirati deal has put pressure on it to follow suit with publicising its secret ties with Israel.

Despite the Gulf states turning their back on the Palestinian cause and allowing it to be stripped down to future economic deals rather than sovereign statehood, that cannot be accurately blamed on a sincere alliance or affinity to Zionism as an ideology but is almost certainly based on a pragmatic approach, economic potential, and a disillusionment of the decades of public boycotts and secret relations. That is not to mention, critically, the common threat that the Gulf states and Israel have long seen in Iran.

The Arab world seems to be tiring of its two-faced relationship with Israel, and Arab governments seem to have given up any efforts to formulate a peace plan based on their own terms, making the biggest victors in this historic deal Israel and the Trump administration.

The long-held dream of a Palestine liberated from Israeli occupation by the hands of the Arab world is rapidly fading.

CNBC: “Israel-UAE agreement has ‘undermined’ the Palestinian cause, expert says”