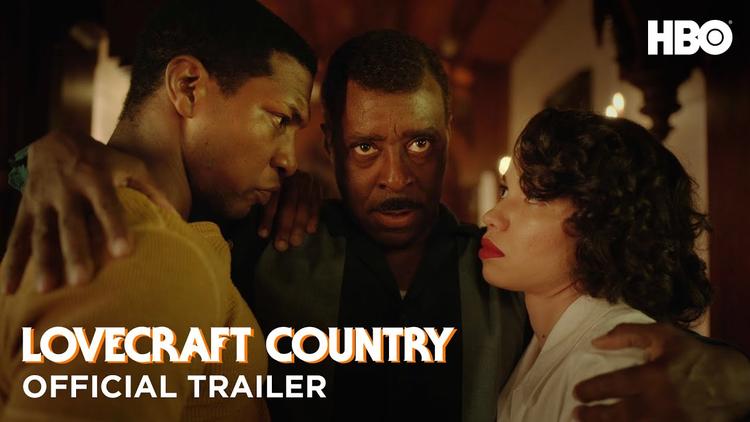 Lovecraft Country, a new series from HBO adapted from the 2016 novel by Matt Ruff, takes a critical look at the legacy of the controversial but classic horror writer, HP Lovecraft. By doing so it also sheds a light on the mode of literature he famously pioneered: weird fiction.

The name HP Lovecraft is inextricably linked with images of slimy tentacles, archaic monsters and cosmic horrors. Whether you are familiar with Lovecraft’s writing or not, his signature style of “Lovecraftian horror” has left a mark on the genre that is still felt today.

Yet beneath this contribution lay a decidedly xenophobic man. While he was undoubtedly a pioneer for an incredibly popular style of writing which he named “weird fiction”, Lovecraft left a legacy marred by his racist, xenophobic and antisemitic views.

In Lovecraft Country, showrunner and executive producer Misha Green faces this legacy head on. Green describes each episode as an attempt to “reclaim” Lovecraft’s contributions by refusing to ignore his racist views while also drawing on the style he pioneered. Set in America towards the end of the Jim Crow era in the 1950s, the series uses Lovecraftian horror to represent the fear faced daily by black Americans at the hands of a racist system. In effect, prejudice is as monstrous as any one of Lovecraft’s slimy creations.

In 1996, Joyce Carol Oates famously hailed Lovecraft as the “King of the Weird”. In reexamining Lovecraft’s contribution to the horror genre, the new series also re-envisions his contributions to the weird sub-genre of speculative fiction.

For Lovecraft, the “really weird” refers to “a profound sense of dread … contact with unknown spheres and powers; a subtle attitude of awed listening, as if for the beating of black wings or the scratching of outside shapes and entities on the known universe’s utmost rim”.

Clearly, the fear sought after by Weird Tales – and the authors who wrote for it – was of a different sort to the established norms of the Gothic tradition. While shocking, these stories prioritised elements of existential fear and an intangible sense of dread. Their monsters were older, slimier, more cosmic in scope than the Victorian era’s Dracula or Frankenstein.

Popular audiences who had tired of Gothic literature’s well-worn formulas found a home in this new, decidedly weirder, method of inciting horror. The magazine’s closure in 1954 did not signal the end of weird fiction for long. In television series such as Alfred Hitchcock Presents (1955 to 1965) and the famously uncanny Twilight Zone (1959 to 1964), Weird Tales found its way onto the silver screen and into the homes of a new generation.

In 1994, famed horror director John Carpenter offered a nod to Lovecraft in In the Mouth of Madness (referencing Lovecraft’s novel In the Mountains of Madness). This signalled a trend of “Weird” films – which include Hell Raiser (1983) and Videodrome (1987) among others – that would peak with Event Horizon three years later. Ultimately, these films attempted to recreate the cosmic existential terror beloved by Weird authors like Lovecraft.

Today, a new generation of authors and filmmakers have sought to exhume the weird once again. China Miéville, author of Perdido Street Station (2000), is one of the key figures of the aptly named, “new weird”. He is joined by other “new weird” authors such as Jeff and Ann VanderMeer, Thomas Ligotti and KJ Bishop, as well as filmmakers like Guillermo Del Toro, Jordan Peele and Leigh Janak.

On the small screen, series including Chilling Adventures of Sabrina (2018 to 2020) and True Detective(three series since 2014) have brought weird fiction and its contributors well and truly into the realm of pop culture. Yet each of these weird iterations, while maintaining the genre’s key attributes, also look to resolve its faults.

And so we return to Lovecraft Country. While the series is indebted to the legacy of Lovecraft – and weird fiction – its strength comes from the way Misha Green and her team, including executive producers Jordan Peele and JJ Abrams, rethink this legacy. Though the series boasts a number of uncanny and abnormal monstrosities, its horror comes from a stark reminder of just how monstrous “normal” can be for certain oppressed groups of people.