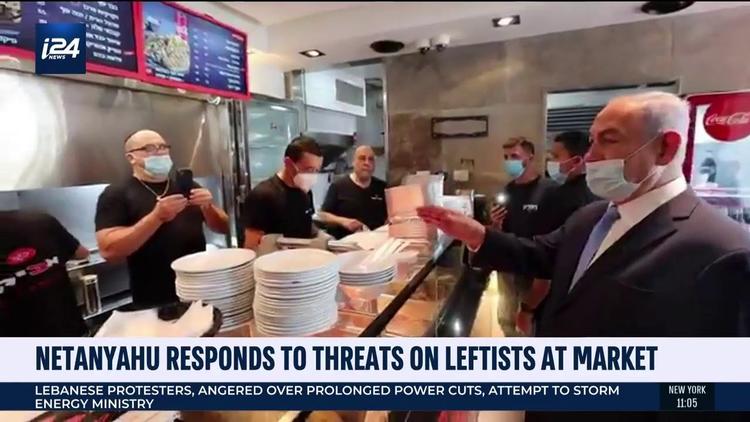 ( Middle East Monitor ) – Massive demonstrations across Israel are calling for the unseating of Prime Minister Benjamin Netanyahu over corruption cases and his alleged mishandling of the coronavirus crisis. Worryingly for Netanyahu, the protests are growing, and look set to get even bigger, fuelled by hate speech and violence from his supporters and police.

According to Israeli media, thousands of demonstrators have gathered in Tel Aviv and other cities. The police have been removing them forcibly, while those who manage to stay behind face being pepper sprayed by pro-Netanyahu gangs and, some reports claim, beaten up by them.

At the same time, his political opponents are involved in a fierce battle with Netanyahu over his handling of the protests. Some, even from the right-wing, are threatening to bring down the coalition government.

The alternate Prime Minister Benny Gantz, from the left of centre Blue and White, Netanyahu’s coalition partner, commented on the violent crackdown on the demonstrators: “As a government, we are obliged to be attentive to the people. As the regime, we bear the responsibility of facilitating holding the demonstrations and to protect the demonstrators who, regrettably, were attacked yesterday once again at several locations. The right to protest is the life’s breath of democracy, and violence erodes the foundation of democracy.”

This sends a clear message to Netanyahu, calling on him and the police to abandon violence against the demonstrators. “Nobody restricts the demonstrations,” insisted the Prime Minister, while also accusing them of being “coronavirus incubators”.

Haaretz reported that the right-wing Yamina alliance is threatening to embarrass Netanyahu’s Likud party by planning to present a bill that would allow the Knesset to override High Court rulings. The alliance apparently seeks to “lure” right-wing MKs to break the coalition’s discipline or “embarrass them by forcing them to vote against it.” Other bills from right and left aim to “rattle” the coalition.

Meanwhile, Israel is facing a crisis related to its credit agencies’ rating due to the ongoing conflict within the coalition over the approval of a very short-term budget for the rest of 2020 or a two-year budget for 2020 and 2021. While Netanyahu and his camp are insisting on a short-term budget, the others, led by Blue and White, are fighting for the two-year proposal.

Added to this is the financial cost of the coronavirus pandemic, which is hurting large economies and strong states, so what must it be doing to Israel? Last week, the global rating agency Fitch downgraded the sovereign debt outlook of the United States to negative. Haaretz did not rule out that the reasons which led to this downgrading would also apply to Israel, which is blundering through the pandemic under Netanyahu’s leadership.

“If the government has not approved the 2021 budget by the end of this year,” the chief economist at Bank Leumi, Gil Bufman, told Haaretz, “Israel may be added to the rating agencies’ watch list, increasing the risk that their Israeli outlook will be lowered to negative… The political situation is not sending good signals vis-à-vis management of fiscal policy and and it’s fair to assume that this will manifest itself in the credit agencies’ report.”

In Yedioth Ahronoth, journalist Nahum Barnea pointed out that: “Israel needs a talented leader, not a magician, a servant or a lord; it needs a person who is not chased by his criminal cases. Is Netanyahu, despite all of his virtues, able to meet all of these conditions? For me, it is likely that even his supporters would not be able to give a positive answer to this question.” The message that the protesters are sending is clear, he added: “Democratic countries cannot depend on one person.”

Speaking to right-wing Israeli journalist Baruch Yedid, who is close to Netanyahu, I was told that the demonstrations and increasing tension within the coalition could bring about the end of the government. Citing internal polls for Likud, Yedid said that Netanyahu’s popularity has decreased from 42 or 44 per cent to just 32.

He also expects the coalition government to end very soon, which means yet another General Election could be on the way. “The world is taking one way and Israel is taking another way,” he concluded. That is Israel’s democracy.

Motasem Ahmed Dalloul is a journalist based in Gaza and a specialist on Middle East affairs. He holds an MA in international journalism from the University of Westminster in London.

i24: “Netanyahu Supporter: “Bibi We Love You! Death to the Leftists!””