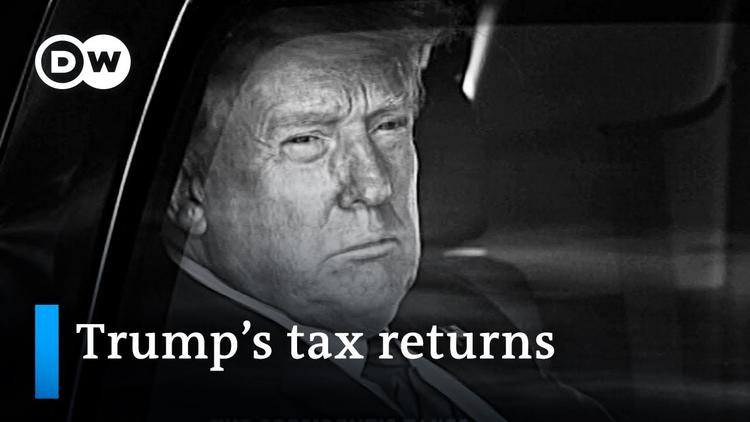 Ann Arbor (Informed Comment) – The New York Times reported, in the scoop of the decade, that Trump has $420 million in loans and other obligations coming due in the next four years, and that most of his core businesses hemorrhage money, so that he has no way to pay them back.

In the past decade, Trump has been money-hungry, which may have impelled his bid for the presidency. In 2012 he mortgaged some of Trump Tower for $100 million. He also sold off many of his securities, and may have less than $1 million left.

One of the few bright spots in his portfolio is overseas investments. In 2017-2018, the first two years of his presidency, he earned $73 million from projects abroad, especially resorts and other properties in Scotland and Ireland. But he also took in $3 million from the Philippines, $2.3 million from India and $1 million from Turkey.

Given how much in the hole Trump is, even $6 million every four years from the Philippines or $2 million from Turkey could be a substantial incentive for Trump to please the rulers of those countries.

Consider that when the Iraqi parliament demanded that the prime minister find a way to move US troops out of that country last winter, after the assassination of Gen. Qasem Soleimani, Trump threatened Iraq with severe sanctions if it dared follow through. He was furious with Baghdad and willing to punish it for crossing him on US military goals there.

But also last winter, Philippines president Rodrigo Duterte got in snit because the US took away the visa of a Duterte crony who led the country’s brutal war on drugs. Duterte announced that he was ending the Visiting Forces Agreement that allows the US military to operate in the Philippines.

In dramatic contrast to the way he reacted to Iraq’s similar decision, Trump said, according to Reuters, “I don’t really mind if they would like to do that, it will save a lot of money . . . My views are different from others”

But was Trump unwilling to play hardball with Duterte because he did not want to jeopardize $6 million in income every four years?

Trump has refrained from criticizing the human rights abuses of the Hindu nationalist government of Narendra Modi in India. He even included India in his “Quadrilateral Security Dialogue” that grouped the US with Japan, Australia and India to offset the growing power of China.

How many of the bouquets Trump throws India are for the sake of the nearly $5 million every four years he takes in from his properties in Mumbai and Pune, or for the prospect of more millions if his India investments expand?

In the autumn of 2019, Trump agreed in a telephone call with Erdogan that he would withdraw US troops from northeastern Syria and allow Turkey to invade Syrian Kurdistan.

The US military had been embedded with Kurdish fighters and had given them air support. The Kurds were key to the defeat of ISIL. The Pentagon was furious that Trump threw the Kurds under the bus this way.

But were they sacrificed for $2 million every four years from Trump’s Turkish investments (and the prospect of favorable treatment of his properties in future)?

In late 2015, Trump had told indicted fraudster Steve Bannon on the latter’s weirdo fascist podcast, “I have a little conflict of interest ’cause I have a major, major building in Istanbul. It’s a tremendously successful job. It’s called Trump Towers—two towers, instead of one, not the usual one, it’s two.”

That US military strategy globally may be at the mercy of Trump, Inc., is the most frightening thing you could imagine.