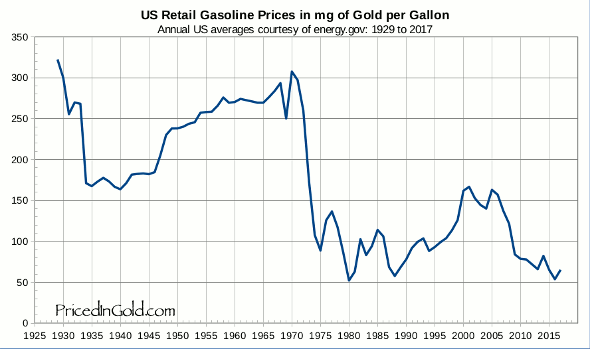 The “debate” was an unfortunate and distasteful spectacle, largely because of Trump’s bullying and mendacious behavior. But let us resist the cable-tv temptation to focus only on personalities and the horse race to consider some actual policy issues. And the true horror lay in what Trump had to say about them.

1. When pressed by Chris Wallace to denounce white supremacists and the neo-Nazi Proud Boys, Trump called on the Proud Boys to “stand back, stand by.” Trump never did denounce white supremacy. That’s pretty much the most horrible thing he “said.” Or his silence was disgusting. Trump knows that the white nationalists, championed by misshapen rags like Breitbart, are part of his constituency and he cultivates them with his racist rhetoric.

Here is what the Southern Poverty Law Center says about the Proud Boys:

“Their disavowals of bigotry are belied by their actions: rank-and-file Proud Boys and leaders regularly spout white nationalist memes and maintain affiliations with known extremists. They are known for anti-Muslim and misogynistic rhetoric. Proud Boys have appeared alongside other hate groups at extremist gatherings like the “Unite the Right” rally in Charlottesville. Indeed, former Proud Boys member Jason Kessler helped to organize the event, which brought together Klansmen, antisemites, Southern racists, and militias. Kessler was only “expelled” from the group after the violence and near-universal condemnation of the Charlottesville rally-goers.

Other hardcore members of the so-called “alt-right” have argued that the “western chauvinist” label is just a “PR c— term” McInnes crafted to gain mainstream acceptance. “Let’s not bullshit,” Brian Brathovd, aka Caeralus Rex, told his co-hosts on the antisemitic The Daily Shoah — one of the most popular alt-right podcasts. If the Proud Boys “were pressed on the issue, I guarantee you that like 90% of them would tell you something along the lines of ‘Hitler was right. Gas the Jews.’”

The Proud Boys would have popped he cork on their champagne if they had champagne instead of rotgut, celebrating what Trump said about them. Some even made a new logo, “Stand back, Stand by” alongside the initials PB.

2. Trump would only admit that human burning of gasoline, coal and natural gas is responsible for global heating “to an extent.” It literally is the only thing that is causing the climate emergency. There was no climate emergency in 1750, and it was cold, when parts per million of carbon dioxide in the atmosphere were 270 instead of today’s 415. Carbon dioxide is a heat-trapping gas. The sun rays hit the earth and then radiate back out to space. The more CO2, methane and other heat-trapping gases in the atmosphere, the more of the sun’s heat the earth retains. The reason for which there is so much more CO2 in the atmosphere now is that for the past two hundred and seventy years, humans have been intensively burning coal and then petroleum and natural gas, which emit carbon dioxide when burned.

3. Trump alleged that environmental regulations intended to reduce carbon dioxide emissions were making energy expensive before he intervened. This is not true. Here is a graph of retail gasoline prices in the US over the transition from Bush to Obama. The prices fell dramatically. Natural gas prices track with petroleum prices.

Moreover, fossil fuels are fossils. Why burn coal, as Biden pointed out, when wind and solar are now cheaper than hydrocarbons?

Author and technologist Remez Naam illustrates the dramatic plummeting of solar energy prices in this graph:

And here is a graph from Statista showing falling wind turbine prices: 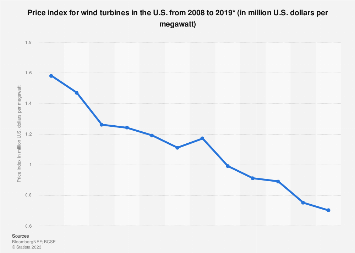 4. Trump called social distancing decrees to fight the coronavirus “almost like being in prison” and slammed Democratic governors who implemented them.

Wearing masks, social distancing, and closing down hotspots when cases spike are among the more powerful tools government has to limit cases and deaths. These techniques have been used in other countries with great success. The US has one of the worst coronavirus death and case rates in the world, in part because Trump and his supporters among governors have opposed mask-wearing, social distancing and selective business closings.

The irony is that some of the economic shutdowns would be unnecessary if the US had a national testing and contact-tracing program, which Trump has neglected to implement. South Korea, through these methods plus mask-wearing, has largely avoided major shutdowns.

5. Trump alleged that “Antifa” is the main source of violence in our streets. The FBI director has said that Antifa is more an attitude than anything else, and is not an organization.

As for the white supremacists and fascists, they are a bigger threat for domestic terrorism in the US than anything else.

The Department of Homeland Security has produced a draft report concluding that white supremacy is “the most lethal threat” to the United States of America.

“The earliest available version of the “State of the Homeland Threat Assessment 2020” drafts reads: ‘We judge that ideologically-motivated lone offenders and small groups will pose the greatest terrorist threat to the Homeland through 2021, with white supremacist extremists presenting the most lethal threat.’

The lead section on terror threats to the homeland is changed in the latter two drafts to replace “white supremacist extremists” with ‘Domestic Violent Extremists presenting the most persistent and lethal threat.’

The reports, however, all contain this language: ‘Among DVEs [Domestic Violent Extremists], we judge that white supremacist extremists (WSEs) will remain the most persistent and lethal threat in the Homeland through 2021.'”

A handful of Antifa activists are not in the same league.