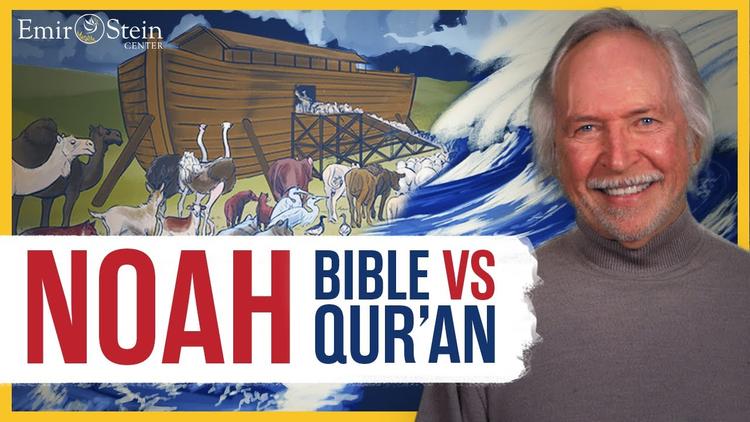 “Cultures are often revealed through the stories they hand down through generations. Every civilization has foundational ones. Among the stories many cultures tell, we find tales of a great flood, but the story of Noah’s flood captured the imagination of three great traditions: Jewish, Christian, and Muslim. The Jewish and Christian version of the flood is found in the Bible. But few people in the West know that Noah has a prominent place in the Qur’an’s foundational stories.

Listen to Jack Miles, a Pulitzer Price-winning scholar, reveal, in a few brief but brilliant minutes, the subtleties between these two similar but different treatments of a story that holds a prominent place in the revelations of the three Abrahamic faiths; for many, the lessons found in this ancient story resonate in our own age overwhelmed and threatened by global disasters.

Jack Miles is Distinguished Professor Emeritus of English and Religious Studies at the University of California, Irvine. His book God: A Biography won a Pulitzer Prize in 1996.”

Emir Stein Center: Noah in the Bible and the Qur’an | Jack Miles