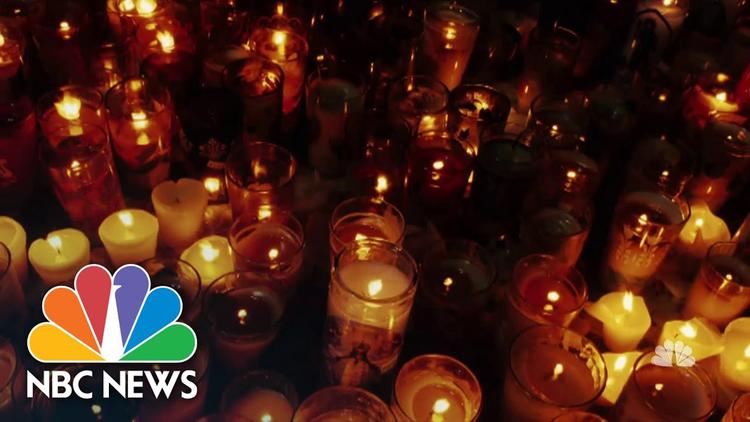 Ann Arbor (Informed Comment) – Trump has helped kill 200,000 Americans. The US has 4% of the world’s population but about 21% of its deaths. Global deaths are nearing the grim milestone of 1 million. For the world’s sole superpower, the scientifically most advanced country in the world, to have met the test of the pandemic with such dismal results is shameful and tragic, but also criminal.

Our news feeds have been filled with an extra 200,000 obituaries. We have wept and mourned items like these:

‘She gave you hope’: ICU nurse who cared for COVID-19 patients dies after getting virus

A legend at a Brooklyn hospital dies of Covid-19: ‘He ran into the fire’: Dr James ‘Charlie’ Mahoney led his team through the crisis at SUNY Downstate medical center’s ICU, until his life was cut short by the virus

Lee Fierro, famous for playing mother of shark victim in Jaws, dies at 91 from coronavirus complications

We are numbed, but just imagine that these victims of the pandemic and of Trump’s wildly mismanaged response to it were war dead. The magnitude of the casualties dwarfs most of America’s major military engagements over the past 244 years.

25,000 Americans died in the Revolutionary War, so these fatalities are eight times the death toll of that conflict.

15,000 Americans died in the War of 1812, so these fatalities are thirteen times the death toll of that conflict.

214,000 soldiers on both sides were killed in the American Civil War, so these fatalities nearly equal the military death toll of that conflict. (Another 450,000 people died in that war of disease and other causes. If Americans reelect Trump, it is entirely possible that the death toll will equal the entirety of the Civil War before it is all over).

116,000 Americans died in WW I, so these fatalities are nearly twice the death toll of that conflict.

405,399 Americans died in WW II, so these fatalities over six months are about half the death toll of that conflict, which lasted 4 years.

36,516 Americans died in the Korean War, so these fatalities are about five times of the death toll in that conflict.

58,209 Americans died in the Vietnam War, so these fatalities are about three and a half times those of Americans that conflict. (A million to two million Vietnamese died, and we are approaching 10 to 20% of that death toll).

2,977 Americans and US residents, including Muslim-Americans were killed by 19 terrorists on September 11, 2001, so these fatalities are sixty-seven times the death toll of that attack.

4,497 Americans died in the Iraq War, so these fatalities are forty-four times the death toll of that conflict.

2,216 Americans have died in the nearly 20-year-long Afghanistan War, so these fatalities are ninety times greater than that conflict.

We have a Memorial Day for these war dead, but our president gives himself an “A” for his pandemic response and the victims of his magical thinking go unmentioned in his speeches (and on his state media organ, Fox Cable News).

South Korea has had 388 deaths from Covid-19. That would be like 2,479 US deaths because of the disparity of the two countries’ populations. That is just over 1% of the US death toll. The IMF and World Bank rank South Korea as the world’s 12th largest economy. But it only has a GDP about a 12th that of the United States. Its population is somewhat larger than California’s.

South Korea is open and leading a normal life, even if people still mostly wear masks when they go out. The US is not, and is in mourning.

There is no particular mystery about why South Korea has addressed the pandemic so much more expertly than the US. In January it asked private sector biotech firms to come up with an effective test, and they did. The government set up testing centers all around the country early on. It traced the contacts of the people who tested positive and quarantined them. People wore masks and gloves when they went out. They kept their distance from strangers. They kept most of their factories and malls open. They even held an election without an outbreak, with 29 million votes cast.

The United States did not do any of the things South Korea did, and while there are many reasons for that, there is not any doubt that a huge orange impediment was Donald John Trump. It is alleged that Jared Kushner did not coordinate a national program to provide personal protective equipment to the medical sector because he thought the virus would mainly hit the blue states. If this is true it is criminal. Federal inaction made states compete with one another for PPE, driving up prices and killing nurses and physicians on the front line for lack of N95 masks. Trump has actively discouraged the wearing of masks, which reduce transmission by 80%

At one point the government was going to send out millions of masks. That plan was stopped. Trump encouraged magical thinking, saying that the pandemic would go away in April. It would kill 60,000 max. Trump delayed closing down the country and agitated to open it back up too soon. He discouraged his sycophants among the governors of Texas, Florida and other states from closing bars and other indoor spaces where the virus spreads most virulently. He worried about the stock market panicking, and sacrificed hundreds of thousands of American lives on that altar.