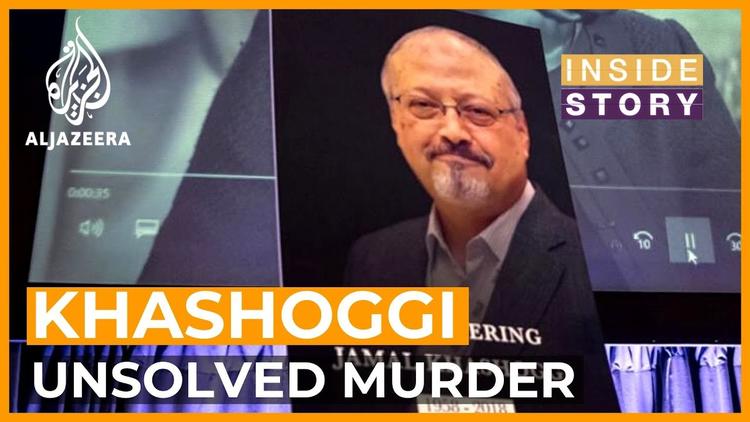 Sonam Sheth and John Haltiwanger at Business Insider have seen Bob Woodward’s Rage, which will be published next Tuesday. They quoted some passages from the interview with Trump in which he boasted about having saved the “ass” of Saudi crown prince Mohammed Bin Salman in Washington D.C. by discouraging the Republican-held Senate from seeking penalties on him for his role in the assassination of Saudi journalist and Washington Post columnist Jamal Khashoggi.

Leaked reports say that the Central Intelligence Agency concluded from signals intelligence that Bin Salman ordered the killing of Khashoggi at the Saudi consulate in Istanbul in October, 2018. The victim’s body was never found, and leaked surveillance audio from Turkish intelligence indicates that he was smothered to death and then his body was cut up with a bone saw by a licensed medical examiner. Bin Salman’s moniker on the street in the Middle East is Abu Minshar, the “bone saw guy.”

The exchange went something like this (just pulling out the quotes they gave from the book, which may not be in the original order):

Woodward: “The people at the Post are upset about the Khashoggi killing. That is one of the most gruesome things. You yourself have said.”

Trump: “Yeah, but Iran is killing 36 people a day, so — Well, I understand what you’re saying, and I’ve gotten involved very much. I know everything about the whole situation.”

Woodward: “Do you believe that he did it?”

Woodward: “I know, but do you really believe —”

Trump: “He says very strongly that he didn’t do it. Bob, they spent $400 billion over a fairly short period of time.

They wouldn’t last a week if we’re not there, and they know it.”

So here are the things wrong with what Trump said.

1. He justifies the Saudi assassination of Khashoggi by saying that Iran kills 36 people a day.

It is not apparent exactly what Trump was talking about. If he was referring to Iran’s Draconian capital punishment, it actually executed 251 people last year, which is, while horrific from my point of view, less than one a day.

So, you can’t justify Saudi Arabia’s assassination of Khashoggi with whataboutism regarding Iran. Saudi Arabia executes more people proportionally than Iran does.

By the way, if executions are a form of brutality, it is worth noting that
the United States has executed an average of 34 people a years since 1976, and Trump supports capital punishment.

The next point to make is that execution rates for convicts really aren’t relevant to assassinations of innocent Washington Post columnists for the words they printed.

So this whole hand-waving exercise about Iran killing people? Mostly Trump was making shit up, and anyway the whole point he was making is irrelevant and offensive.

2. Saudi Arabia has not spent $400 billion in the US over a short period of time. Nor is it buying $110 billion worth of weapons. These assertions by Trump are lies. AP reported of Trump’s deal, some of which was negotiated by Obama, that the Pentagon says the Saudis have signed “letters of offer and acceptance” for only $14.5 billion.”

The US runs a slight trade deficit with Saudi Arabia, so more money is going out to it from America than comes into America from it. The Saudis buy $16 bn a year in goods from the US, and sell us a bit more than that.

The Saudis don’t even have $400 billion to invest in the US in the short to medium term. And, as John Maynard Keyes observed, in the long run we are all dead. The whole Saudi GDP may be something over $700 bn this year, though a 6% contraction is expected.

And, finally, again, the whole proposition is shameful. Trump has repeatedly justified US government inaction with regard to the Khashoggi murder with reference to the value of Saudi trade with the US. That is a horrible sentiment. Nor is it true of his view of other countries.

3. Saudi Arabia does have oil, but its production is similar to that of the Russian Federation, on which the US has slapped sanctions over human rights abuses. It does also have the prestige of having the two holy cities of Mecca and Medina and of hosting the annual Hajj or pilgrimage of Muslims from all over the world to Mecca. Since, however, the holy cities are holy by virtue of their association with the Prophet Muhammad and the scripture he brought, the Holy Qur’an, and since the Qur’an forbids murder and paraphrases the Talmud that killing one soul is like killing all humankind, there is no way to cite these holy places as a justification of Khashoggi’s murder.

4. Sending a hit squad to murder someone for political speech is a form of state terrorism. Trump basically condoned such actions when committed by a political ally. That is, he ran interference for terrorism. The US gets all up on its high horse and says that Iran is the leading terrorist nation in the world and slams its lack of democracy. But Washington is silent about Saudi Arabia’s authoritarian absolute monarchy and its recent turn to political murder.

Will the truth about Jamal Khashoggi’s murder ever be revealed? | Inside Story