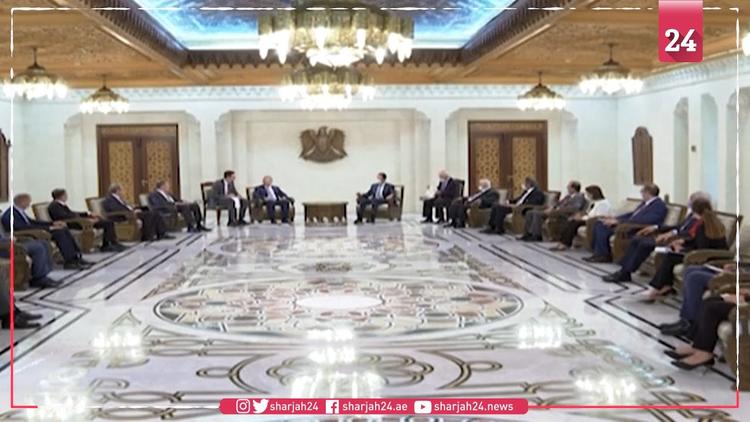 Borisov announced the the proposed deal, which he hopes Damascus will sign in December, includes the rebuilding of forty infrastructural facilities, including power plants and offshore oil and gas exploration.

The bulk of Syria’s existing oil production, which is minor in extent, is in Deir al-Zor province in the east. It is currently occupied by US troops left in Syria by Donald Trump for the purpose of exploiting them. If carried through, this plan is a war crime, since the US has no right to Syrian resources merely because it has militarily occupied a patch of its land. The US troops are supposedly there to fight the remnants of ISIL alongside Kurdish forces. Trump abandoned the Kurdish forces in the far north of Syria to Turkey last fall.

Russia appears to be interested in developing possible oil and gas reserves off Syria’s coast in the Mediterranean. A German think tank estimated in 2017 that Syrian waters might have 28 trillion cubic meters of natural gas.

For Russia to find, develop and distribute these Syrian fossil fuels, taking a cut (rumored to be 25%), would help repay Moscow for its five-year-old air intervention in the country, which rolled back the rebels and helped restore most of the country to al-Assad’s rule.

In other words, the bill is coming due.

Whether Russia can actually make money off Syria, however, is still a question. The offshore oil and gas reserves may or may not actually be there.

No one will listen to me about it, but I don’t think petroleum will be worth much in 15 years because cars will go electric in a big way. Gas may have a longer shelf life, but wind and solar will kill that industry, too. Russia is said to seek very long term deals with Syria, as long as 50 years. I very much doubt fossil fuels will be in the picture anywhere near that long.

Still, Syria does have chrome, magnesium and phosphate, and chrome in particular is likely to rise in value because chrome plating is used in wind turbines

Another problem: the United States has slapped severe Caesar Sanctions on Syria, which would target any company that invested in or traded with Syria. Russia would have to develop techniques similar to those used by China in Iran to avoid those sanctions. The Treasury Department can only pursue sanctions where the business was done in dollars or via bank exchanges in which the US has a say, and where the company also trades with the US or has bank accounts in countries where the US can file charges credibly. If Russians spin off companies that deal with Syria only in roubles via Russian banks, they may be able to protect themselves. The European Union even made officials of its Instex exchange with Iran diplomats so that the US cannot arrest them for breaking sanctions.