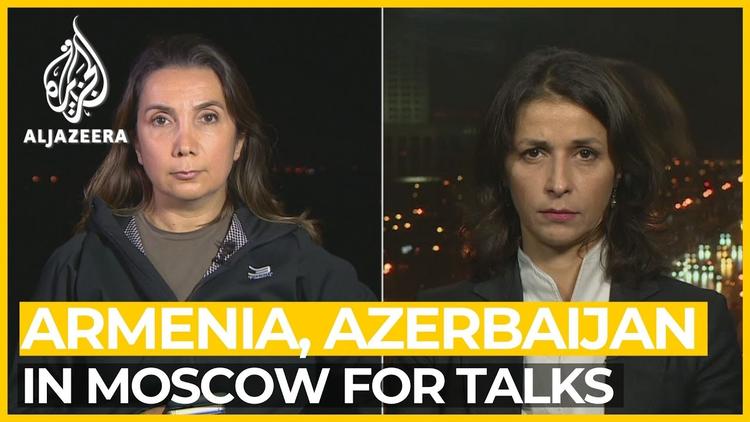 ( Middle East Monitor) – While most attention is focused on the positions of Russia and Turkey in the ongoing conflict over the Nagorno-Karabakh region, Iran receives less attention. The former are the direct regional sponsors of the Armenian and Azeri parties to the crisis, but Iran is likely to be the most affected by the outcome. In addition to having long land borders with the two parties to the conflict, there is also a large Azeri minority in Iran; more, in fact, than actually live in Azerbaijan itself.

Since the beginning of the conflict over Nagorno-Karabakh following the collapse of the Soviet Union, Iran has taken a pro-Armenian stance, even though the majority of the Azeri population are Shia (but religion does not play an important role in their lives). While Iran has presented itself as a mediator in the current fighting, today it has political, economic and geopolitical reasons to prevent Azerbaijan from achieving a military victory.

An Azerbaijani victory would mean that around 130 kilometres would be added to Iran’s borders with its neighbour. Tehran fears that this will lead to a rise in separatism among its millions of Azeri citizens, especially since a group in Azerbaijan believes that Iran is occupying “southern Azerbaijan” in the Iranian provinces of East and West Azerbaijan. The same group calls for the establishment of Greater Azerbaijan, to include all Azerbaijanis on both sides of the border with Iran. Tehran now fears that an Azeri victory in the war with Armenia will necessarily strengthen Turkey’s influence in the Southern Caucasus — the Azeris are a Turkic people — and feed its general regional rise. This is a concern for Iran, which has its own influence in the region to consider.

Moreover, Iran is looking uneasily at the energy projects that Turkey is establishing with or through Azerbaijan and Turkmenistan, with the aim of delivering oil and gas from the Caspian Sea to European markets. This would reduce Turkey’s dependence on gas and oil from Iran and Russia, and Tehran believes that this also reduces the importance of its own future projects and undermines its ambition to be a major energy source for Europe. The three existing energy pipelines from the Caspian to Turkey all avoid passing through Iranian and Russian territory. For Iran — and Russia too — it is important for Nagorno-Karabakh to remain in Armenian hands because it overlooks the valley through which Azerbaijan pumps 80 per cent of its oil and gas exports. The thinking is that this can be threatened if the need arises to put pressure on Turkey and Europe.

While the Azerbaijani-Turkish relationship is a source of confusion in Tehran, this also applies to Azerbaijan’s inclination to become a centre for NATO on the Caspian Sea, especially if it emerges as an ally that can be relied upon if it is victorious over Armenia. Iran relies on the French position in support of Armenia to curb Azerbaijan’s attempted rapprochement with the West, but this may not succeed in light of French-American disagreement on a number of issues, not least about Iran itself, as well as Lebanon, Libya and the rise of Turkey as a regional force.

No less important than all of this is Iran’s apprehension about the relationship between Israel and Azerbaijan, and the heavy Israeli security presence in Baku. Some in Iran accuse Azerbaijan of being the source of most of the attacks on vital Iranian installations, especially the Natanz nuclear facility last summer. With the UAE normalising its relations with Israel, Iran is threatened by the Israeli presence in Azerbaijan to the north and the Gulf in the south.

At this stage, Iran’s interests are limited to preventing the spread of violence across the border into its own territory, and possibly a wave of displaced persons. It is considering all of these factors as it monitors the development of the conflict on its northern borders.