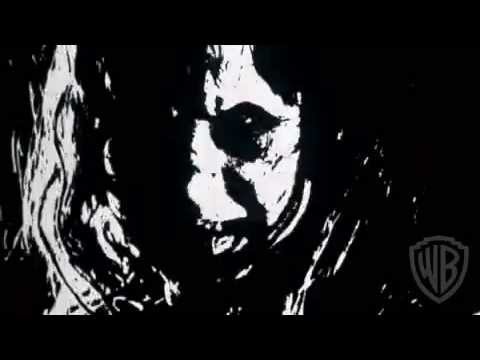 Ann Arbor (Informed Comment) – This Halloween is either the last of four presidential slasher movies, produced by notorious horror producer Donald John Trump, or it is the beginning of a new, 48-month national nightmare even more bone-chilling than the last.

The Ring is a 2002 film directed by Gore Verbinski. It is about a cursed videotape. When someone watches it, they die seven days later. The Ring remade a 1998 Japanese film, Ringu, which in turn was based on the 1991 novel of that name by Koji Suzuki.

The Trump administration since last February has been very much like The Ring. If you watch a clip of Trump or Pence or Scott Atlas lying about how you don’t need to wear a mask, or socially distance, and you don’t need a federal contact-tracing program, then some time after that you fall ill with a novel coronavirus. On average a thousand Americans a day are dying of the disease, a number that will rise sharply in the coming months given that cases are spiking to unprecedented levels. That is a 9/11 every three days. Donald Trump, Jr., says it is “nothing.” How much more horror can we take than that?

We have Roman Polanski (talk about horror) and his 1968 film Rosemary’s Baby. We’ve seen that picture, too, for four years. Racist old Fred (anti-) Christ Trump, investigated by the FBI for refusing to rent to African-Americans, sired an uber-racist spawn who would go on to make America hell for minorities and immigrants.

Then you have the Friday the 13th horror franchise. Jason Voorhees fell into Crystal Lake while at camp as a child, because the camp counselors sneaked off to make love. Ever after, the lake was cursed and becomes the scene of a whole series of grisly murders. Some of them are by a Jason who has become a swamp creature who wears a mask, but the cursedness of the site throws up other murderers, too (including Jason’s mother).

Back in the 1970s Big Oil realized that burning fossil fuels like gasoline was causing dangerous climate change. They liked making love to the billions of greenbacks they were raking in, however, far too much to release their findings to the public. They decided instead to cover them up, instigating disinformation campaigns and burying the truth in a swamp of deceit. They tried to ruin the lives and reputations of climate scientists like Michael E. Mann. The Republican Party and some Democrats, along with the Russian Federation and Saudi Arabia, made common cause with Exxon-Mobil, BP, Royal Dutch Shell, Chevron and other petroleum giants in this effort to keep their black gold flowing and the money flowing in. They made the whole planet earth into a cursed swamp. Now the climate that they killed has reemerged as a mass killer, fomenting more frequent and more destructive wildfires in the American West and Australia and even the rain forest of Brazil, turbocharging hurricanes and cyclones, raising sea levels and flooding coastal plains and cities. Trump is sort of the climate-Jason incarnate, a creature of the cursed swamp who urges on the deadly burning of coal and other fossil fuels and whips up nature’s fury by pumping billions of tons of dangerous heat-trapping carbon dioxide into the atmosphere. His victims die horrifying deaths, burned alive, drowned, crushed by 150-mile-an-hour winds, and pulled into an angry, over-heated sea. Fueled by greed, Trump-Jason is a grisly mass murderer.

Embed from Getty Images
NEW YORK, NEW YORK – AUGUST 25: A Times Square safety officer wears a face mask next a man wearing a mask of Jason from the Friday the 13th movie during the fourth phase of the coronavirus pandemic reopening on August 25, 2020 in New York, New York. The fourth phase allows outdoor arts and entertainment, sporting events without fans and media production. (Photo by Roy Rochlin/Getty Images).

Then there is Brian de Palma’s 1976 Carrie, based on a work of Stephen King, about an awkward teen with paranormal powers who is cruelly teased until she unleashes her vengeance at the high school prom. Her mother is a religious fanatic who does not tell Carrie about having periods, and so the girl is shocked when she menstruates at school in the shower. The other girls, especially Chris Hargensen, make fun of her and throw tampons at her. Later they punk her by having a boy invite her to the prom, but maneuver her under a bucket of pig’s blood, which they pour on her. Carrie unleashes her telekinetic rage.

So Trump is Carrie, who was the butt of jokes by Barack Obama and Seth Meyers at the White House Correspondents’ dinner in 2011. “Tonight, no one will laugh at Carrie.” He may not have decided to run because of the humiliation, but he was angry, especially about Meyers’ routine, and he at least looked pretty insulted by Obama’s. Once elected president, Trump has been on a mission to use his paranormal powers (in his case, not telekinesis but world-class Lying) to undo every good thing that Obama ever did. Did Obama make peace with Iran? Trump put us on a war footing with Tehran. Did Obama make insurance companies cover pre-existing conditions and cover an extra 30 million people? Not for long, under Trump. Did Obama regulate coal-fired electricity plants to cut down on carbon dioxide? By God, trump would double the CO2 and bring back coal. Did Obama regulate the chemicals the big corporations put into our environment? Trump let them fill America up with any old poison they liked. The past four years has been one big remake of Carrie, with Trump as the humiliated teen who will have revenge for all the slights.

We can only hope that Tuesday’s election will be The Exorcist, and that Joe Biden can cast the demons of race hatred, white supremacy, religious bigotry, anti-science superstition and rapacious plutocracy out of the possessed body public of America.

Featured image: YouTube screenshot from the theatrical trailer for “The Exorcist,” 1973.