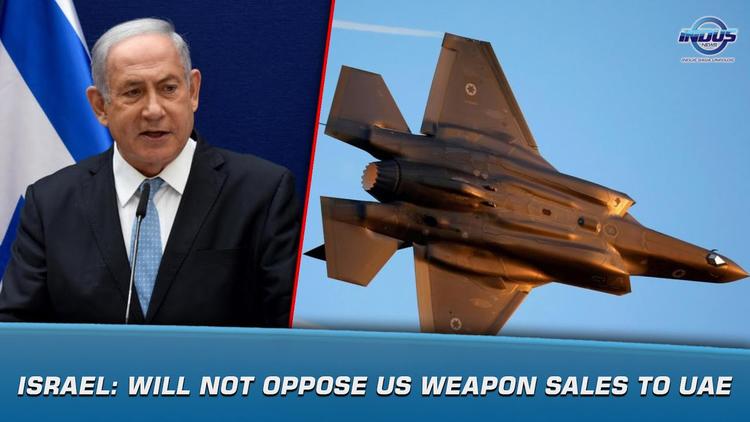 ( Middle East Monitor ) – Giving up its decades-old position against Israel’s occupation of Palestine, Sudan has agreed to normalise relations with the Zionist state. Tellingly, this was announced by US President Donald Trump on Friday at the White House. He is, of course, seeking a second term in office in next week’s presidential election.

“HUGE win today for the United States and for peace in the world,” Trump tweeted. “Sudan has agreed to a peace and normalisation agreement with Israel!” He celebrated the deal as a personal achievement to add to the previous agreements. “With the United Arab Emirates and Bahrain, that’s THREE Arab countries to have done so in only a matter of weeks,” he wrote. “More will follow!” The tweet was clearly part of his election campaign.

The deal was sealed during a phone call between Trump, Israeli Prime Minister Benjamin Netanyahu and Sudanese Prime Minister Abdalla Hamdok, as well as Transitional Council Head Abdel Fattah Al-Burhan. “The leaders agreed to the normalisation of relations between Sudan and Israel and to end the state of belligerence between their nations,” they said in a joint statement.

At the same time, Trump removed Sudan from his country’s list of states which sponsor terrorism, lifting around three decades of tight restrictions imposed on the country and unblocking economic aid and investment. This measure followed the payment, on Sudan’s behalf — apparently by the UAE through Saudi Arabia — of $335 million in compensation for US “terror victims”. Not the victims of US state terrorism, as you might first think, but the American citizens affected by terrorists in East Africa.

Netanyahu described the agreement as a “dramatic breakthrough for peace” and the start of a “new era”. Hamdok, meanwhile, thanked Trump for removing his country from the “state terror” list and said that the Sudanese government is working “towards international relations that best serve our people.” In other words, the Palestinians can go away and rot.

Because they were not aimed at reaching a real reconciliation between the nations in the Middle East, it is hard to know what lies behind these deals, the fake “peace breakthroughs” as Netanyahu and Trump called them. However, slips of the metaphorical tongue by parties involved in the issue are revealing about what went on behind closed doors.

Globes is an Israeli economic newspaper. On Friday it reported that Israel’s Defence Minister Benny Gantz said that the Sudan-Israeli agreement means that “Israel’s security achieved a massive jump forward.” He was in Washington at the time. For the retired general, the “massive jump” has two dimensions: the renewed US “strategic commitment” to Israel’s security, as reported by Walla news website and Israeli TV Channel 13; and probably US arms deals worth billions of dollars with the Arab countries which are now Israel’s allies. A glut of advanced weapons plus support from the US and Israel will reinforce hostility among Arab states and destroy whatever bonds they have between each other at the moment, weakening rather than strengthening them. A weak Arab world is, of course, what Israel has been working towards for decades.

Moreover, if only the “normalised” states will be allowed such advanced weapons, those Arab states can be relied upon to stand with Israel in any confrontation with Iran. Again, something that Israel will have dreamed of for many years.

The Times of Israel reported that Netanyahu and Gantz announced earlier on Friday that Israel would not oppose the US sale of “certain weapon systems” to the UAE. This was an apparent reference to the advanced F-35 stealth fighter jets, about which Washington has given Israel assurances that it would “significantly upgrade” its own military capabilities in exchange. Bahrain, Saudi Arabia and Qatar were also given the green light to buy advanced US weapons.

This is one aspect of the arms race, pitching Arab countries against Arab countries. The other is the competition between the Arabs and Israel. Given that Washington will always ensure that Israel has the qualitative and quantitative edge in the region, this is one race that the normalising Arabs must know they will not win. Nevertheless, Israel wants to make absolutely certain, just in case the current dictators in the region are overthrown and regimes less open to normalisation bribery and blackmail take over.

The race has already started. When Gantz travelled to the US, Ynet News reported that he was expected to order a third squadron of Lockheed Martin 5th Generation F-35 aircraft and Boeing F-15 EX jets, which will include a series of upgraded capabilities. He was also expected to discuss long-range munitions during his visit.

According to Responsible Statecraft, “On this trip, he [Gantz] wanted to make sure that Israel got the best deal it could to ensure that any weapons sales to the UAE, or to other states that agree to normalise their relations with Israel, would not diminish Israel’s military dominance in the region.”

Israeli journalist Alon Ben-David, who specialises in defence and military issues, said that the Americans refused to make such a pledge to Gantz. Speaking to Al Jazeera, the director of the Arms and Security Programme at the DC-based Centre for International Policy, William Hartung, said that arms sales were an “important factor” in the normalisation deals. Bahrain, he affirmed, may have agreed to normalisation in order to have access to advanced weaponry, and the Saudis could follow suit. Indeed, Israel’s Channel 12 has reported that the government believes that Saudi Arabia will normalise relations soon, and the decision will be accompanied by a significant arms deal with Washington.

Arming the Arab states in this way demonstrates that these are far from the “peace agreements” that the various governments claim; they are intended to equip them to wage war and suppress the human rights of their own citizens. Saudi Arabia and the UAE, remember, are still fighting a war against the Houthis in Yemen. Reports claim that they are guilty of war crimes there and want to split the country in two. In Libya, the UAE, along with Egypt, is supporting the renegade Field Marshal Khalifa Haftar, whose militias have been fighting the legitimate government and are said to be responsible for numerous war crimes.

All the evidence suggests, therefore, that these “peace” deals are, in fact, little more than a fig leaf for arms deals which will make the region more dangerous for everyone. We Palestinians are not surprised, because Israel and its lackeys in Washington have been trying to pull the wool over our eyes for decades with fake “peace” deals which allow the colonisation of our country to continue unabated. The so-called “deal of the century” is but the latest of these. The Arab leaders normalising with the occupation state should be ashamed that they have sold their countries and their self-respect so cheaply.

Motasem A. Dalloul is a journalist based in Gaza and a specialist on Middle East affairs. He holds an MA in international journalism from the University of Westminster in London. He is is MEMO’s correspondent in the Gaza Strip.

Israel: Will not oppose US weapon sales to UAE | News Bulletin | Indus News