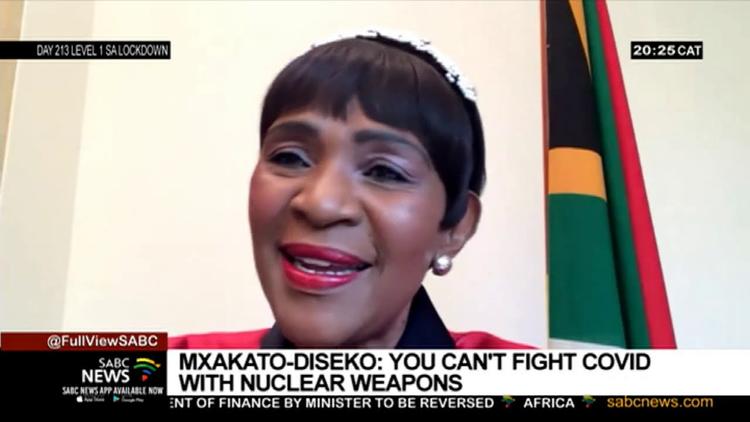 Greenfield, Mass. (Special to Informed Comment) – We are living in the year 2020 AD, signifying two thousand twenty years after the birth of Christ. For the writer and atomic bomb survivor, Kyoko Hayashi, however, “the significance of the birth of Christ pales in comparison” with the event that demonstrated “humans had gained the means to destroy their own species, all other species and the earth.” Thus, she invents a new calendar “the A-Bomb calendar” that designates 1945 as year 1.

The fatal act of using and showcasing the unrivalled power of atomic bombs on Hiroshima and Nagasaki in August 1945 launched a Cold War competition with the Soviet Union, an arms race that has culminated today in nine countries possessing approximately 16,000 nuclear weapons (the US and Russia having most). Moreover the current B83 nuclear weapons of the US arsenal are 80 times, more powerful than the two atomic bombs dropped on Japanese cities. Further, under the Obama and subsequent administration, the US government is in the process of modernizing its nuclear arsenal by 2046, carrying an estimated cost of $1.7 trillion in current dollars. And so also are Russia, China and the other 6 nuclear nations. They are the biblical Goliaths in our midst.

We have never been so close to nuclear annihilation, in the opinion of many nuclear weapons experts, as today. The seminal measure of this risk to all life on the planet is the Bulletin of the Atomic Scientists’ Doomsday Clock, an annual gauge of nuclear Armageddon since 1947. This gauge of risk has ranged from 7 minutes to midnight in 1947 to 2 minutes in 1953, and 17 minutes in 1991, due to the détente with the dissolution of the Soviet Union and the agreement with Russia to mutually reduce nuclear weapons. But by 2020 the Bulletin set the Doomsday Clock at its closest time to midnight ever: 100 seconds. Two other dooming factors also figured into their calculation: the accelerating climate crisis and cyber-based disinformation. In the Bulletin’s words “trends…in nuclear weapons and climate change…have failed to improve…[and] the international political infrastructure for controlling existential risk is degrading, leaving the world in a situation of high and rising threat.”

As we finish 2020, the US is in a “full-blown arms race” – both nuclear and conventional – with Russia and China; and Iran and North Korea are building nuclear programs out of self-protection from US threats. Further, Trump has withdrawn from nuclear treaties and the 2017 nuclear accord with Iran; and Saudi Arabia may have nuclear ambitions. Currently the US has no coherent foreign policy on nuclear weapons and no climate policy. Increasingly it is flying nuclear-capable bombers ever closer to Russian and Chinese territory, stimulating a higher paced arms race. Arms control and security expert Michael Klare depicts this taunting maneuver as “simply nuts” and rushing us to Armageddon. The 2021 Doomsday Clock will likely move closer to midnight.

But perhaps not: a strong shaft of light now pierces the gloom of a nuclear weaponized world. On October 24th, Honduras became the 50th country to ratify the United Nations Treaty on the Prohibition of Nuclear Weapons. Under the treaty’s provisions, the possession, manufacture of, threat of and any actual use of nuclear weapons is an international crime. On January 22, 2021, the treaty will become international law.

The backdrop to this landmark Treaty encompasses the unstinting work of non-governmental organizations laboring for decades to educate countries about the mortal risks of nuclear weapons and war and, most significantly, the lifelong heart-rending public testimonies of the thousands of Hibakushas – survivors of the atomic bomb, like writer Kyoko Hayashi. Together their efforts culminated in 122 nations in the UN adopting the Treaty to Prohibit Nuclear Weapons in 2017, despite heavy pressure by nuclear nations, foremost the US, not to do so.

Three years later 50 of those countries have ratified the treaty, the number of signatories needed for the treaty to become international law. Many more are in the process of their legislatures ratifying the treaty.

What can we make of scarce US media coverage of this global humanitarian advance in eliminating nuclear weapons? Yes, we are numbed by ongoing bad news of Covid, economic recession, climate crises and an anti-science administration entrenched in denial. But we are also benighted by a press and politicians for whom nuclear weapons seem to be a non-issue, gauging by primary and presidential debates.

Nuclear weapons are the biblical David and Goliath struggle of our day. Let us keep in mind that David prevailed.

SABC: “UN treaty to ban nuclear weapons to come into force within 90 days”