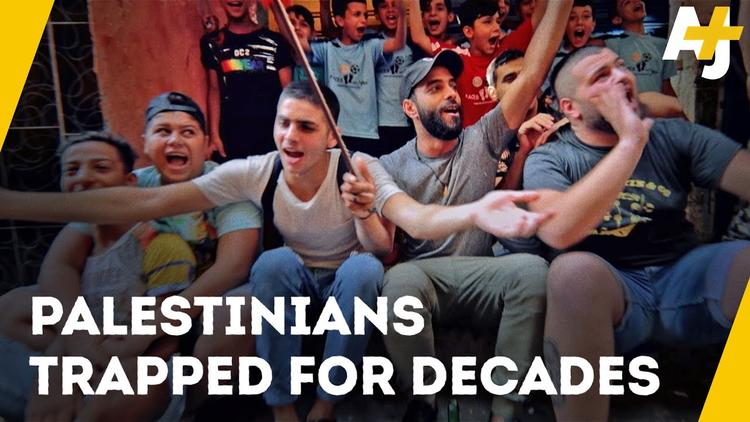 (Al-Shabaka) – The disastrous explosion that struck Beirut’s port on August 4, 2020, greatly exacerbated the impact of the COVID-19 pandemic, which followed on the heels of the severe financial crisis that had led to massive popular protests in late 2019. The Lebanese economy is now in almost total collapse with the value of the national currency plummeting by 80% and more than half the population living under the poverty line. This policy memo discusses the effect of this multilayered crisis on the Palestinian refugees in Lebanon, the

The Scope of the Crisis

Though exact figures are difficult to ascertain, nearly half a million Palestinian refugees in Lebanon are registered with the United Nations Relief and Works Agency (UNRWA). Over half of them live in 12 refugee camps throughout Lebanon, a country with roughly 1.5 million refugees. They have been amongst the groups most affected by the economic collapse, the lockdown measures instituted as a result of COVID-19, and the August 4 explosion. While the explosion did not physically impact refugee camps, the scale of the destruction, which obliterated the country’s main grain silo, in addition to the ongoing economic crisis, have had dire consequences for refugee communities who rely on cash distributions to feed their families.

These refugee communities had already been suffering in Lebanon’s worst economic crisis. It is worth recalling that a survey conducted in 2015 by UNRWA and the American University of Beirut (AUB) found that 65% of Palestinians in Lebanon lived below the poverty line, as compared to 35% for Lebanese, and that Palestinian unemployment had reached 56%. Based on this data, analysis of economic trends, and the disproportionate effects of crises on marginalized communities, it is certain that Palestinian poverty and unemployment have been greatly exacerbated since the 2015 survey.

Many institutions in Lebanon laid off a large number of their workers, cut back the wages of workers kept on, and expelled non-Lebanese staff, particularly Palestinian workers. By now, many unskilled Palestinian workers in sectors such as agriculture and construction have been cut off from their jobs. The effect of the lost jobs and means of livelihood has been magnified by the decline in the purchasing power of the Lebanese pound and the difficulty of receiving remittances from Palestinian families abroad. The modest savings of many families have been drained and the numbers of those unable to cover the cost of medical treatment, buy medicines, or pay university and school fees has increased.

There has also been a decline in UNRWA services as a result of regional and global financial crises, even as socio-economic needs multiplied. The aid provided by the Palestine Liberation Organization (PLO), the Palestinian Authority (PA), and various Palestinian factions has also declined. At the same time, there were reports of an increase in social and psychological disorders among Palestinian youth in the camps. This is compounded by concerns about attempts by some extremist parties to recruit youth to serve their agendas.

Although the PLO, PA, and various factions have most recently increased their modest aid to health, education, and in-kind and cash assistance, civil society has played the most crucial role. Many local community initiatives have provided various forms of assistance to the most hard-hit population sectors. For example, the Civil Defense teams in the camps organized preventative measures at the entrances of and within the camps to help prevent the spread of the disease. Other civil groups supported the manufacture of masks with the pattern of the Palestinian keffiyeh (head covering), helping to raise funds and providing assistance in cash and in kind to the elderly and most vulnerable. Moreover, Palestinian Civil Defense teams participated in rescue efforts after the blast alongside other youth groups, removing rubble and providing modest assistance to those directly affected. Some of these efforts were recognized and received media coverage.

In addition, UNRWA organized a COVID-19 flash appeal during the spring and summer of 2020 that aimed to raise $14 million for immediate needs. This included material assistance to vulnerable groups and further support for health interventions across its areas of operation in Lebanon, Syria, Jordan, the West Bank, East Jerusalem, and Gaza. In August of this year, UNRWA launched another COVID-19 appeal that aims to raise $94.6 million to mitigate the worst impacts of the pandemic on 5.6 million registered Palestine refugees in the Middle East through December 2020. The funds raised through this appeal are earmarked for cash and food assistance, healthcare, and education.

Meanwhile, a joint health committee has been formed to deal with the spread of the virus that includes UN agencies, the PLO, the Palestinian Red Crescent Society, Doctors Without Borders, and several local civil society organizations. UNRWA also established a coordination mechanism with the Lebanese Ministry of Health.

Much More Needs to Be Done

The UN system, the PLO, and civil society need to do more to support Palestinian refugees and other vulnerable groups in confronting the compounded effects of the crises which disproportionately impact them. Indeed, Claudio Cordone, the Director of UNRWA Affairs in Lebanon, recently declared: “We must help Palestine refugees in Lebanon weather yet another storm that could push them further to the brink of despair.”

Al-Shabaka Policy Advisor Jaber Suleiman is an independent researcher/consultant in Refugee Studies. Since 2011, he has been working as a consultant and coordinator for the Lebanese Palestinian Dialogue Forum at the Common Space Initiative, UNDP Support Project on Consensus Building, and Civil Peace in Lebanon. Between 2007 and 2010, he worked as a consultant for the Palestinian program of UNICEF in Palestinian refugee camps of Lebanon. He was a Visiting Study Fellow at the Refugee Studies Program, University of Oxford. He is also a co-founder of Aidoun Group &amp; the Centre for Refugee Rights/Aidoun, and has written several studies dealing with Palestinian refugees and the right of return.

AJ+ Palestinian, Millennial, And Jobless: This Is Life For Young Refugees In Lebanon