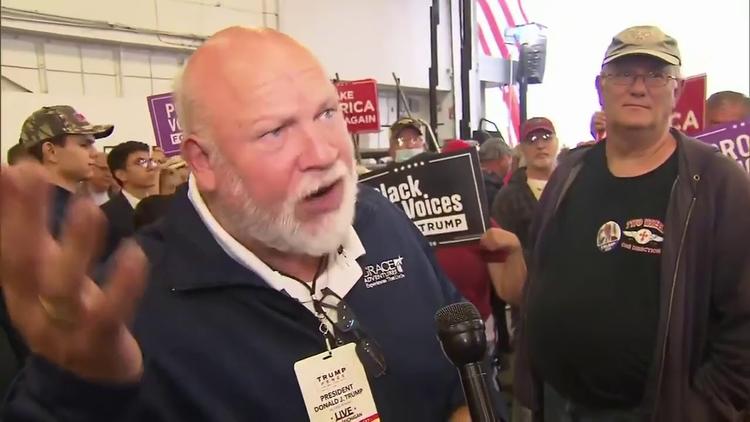 Let’s begin with the difficult part: defining and understanding patriotism. Patriotism refers to the feelings and behaviors of individuals and groups who see themselves belonging to a large community called a nation, and who identify intensely with it. When the chips are down, those who most strongly feel patriotic are willing to make major sacrifices, even risking their lives, to protect and advance the fortunes of their nation.

A nation is an “imagined” community. Reflect on this for a moment. The bond that animates it is something to marvel over. We will never know, meet, or hear from the overwhelming majority of our compatriots. Yet the kinship and comradery we feel towards them exist because in our minds “lives the image of their communion.” This bond shall endure so long as the national community continues to have faith in a common destiny for the citizen of the nation. In a multiracial, multiethnic, and multi-religious nation many of us either dislike our differences or barely tolerate them. But the linchpin that holds us together, enabling us to rise above our differences and divisions, and remain patriotic is the realization that we share a common destiny as a nation.

Given that a nation is the imagined community we feel most strongly attached to, I will imagine this attachment in three distinct ways. I call them Good-patriotism, Bad-patriotism, and Ugly-patriotism. All three regard themselves as exemplars of true patriotism. I maintain, only one of them can nurture and sustain the most vital element of nationhood and patriotism: a shared faith in a common destiny. I discuss below some key traits, mostly norms and values, I associate with each type of patriotism. They do not add up to an exhaustive list. My aim is to provoke critical self-reflection on who we are and how we relate to others as a nation.

What I call G-patriotism in America can be distinguished from other forms of patriotism by how it understands freedom. “Freedom embraces responsibility and is guided by reason and virtue.” G-patriotism recognizes that the exercise of individual freedom confers responsibility upon the individual who exercises it. The challenge of responsibility is playing out before our eyes during the current pandemic. As Americans, we have a responsibility to protect others and ourselves by practicing social distancing and wearing masks, even if it discomforts many of us. Acceptance of a responsible exercise of freedom sharply contrasts with the outlook of those Americans, including our irresponsible president, for whom freedom is purely an individual-centered idea. More about them under “Bad patriotism.”

The second element of G-patriotism is communitarianism, or what I call “community-mindedness:” placing a high value on serving and protecting our collective interests, or the “common good.” G-patriotism recognizes that the citizens’ freedoms are not absolute: “if my free action seriously violates the common good, it should not be permitted.” The idea is that “communities have rights and interests which sometimes override individual rights or interests.” President Kennedy directly appealed to America’s collective interests during his inaugural address in January 1960, when he famously enjoined Americans: “Ask not what your country can do for you, ask what you can do for your country.” G-patriots don’t just ask “am I better off?” They also ask “Is America better off?” When we subordinate our communitarian interests to advance our individual interests, G-patriots recognize that we are chipping away at the core idea that drives and sustains our nationhood and patriotism: a shared destiny.

The third element of G-patriotism is empathy. Our love for and pride in America can and ought to coexist with empathy towards our compatriots and peoples of other nations. There are different types of empathy. The one that is at the core of G-patriotism is called compassionate empathy or empathic concern: “It means I know how you feel, I know what you need, but I’m predisposed to help you if I can. It’s the caring system of the brain. That’s the core of empathy.”

Empathy is just as critical in our interactions with other nations as it is among ourselves. One of the most lethal expressions of patriotism arises when we find ourselves in conflict with other nations. The realization that peoples in other lands have similar attachments to and aspirations for their nations is a precondition for accurately understanding them and managing our differences non-violently. G-patriotism assumes other nations too might be as patriotic as we are, but this fact does not necessarily make them our enemies. The willingness to understand how other nations feel, how they define their national interests, why they act and react as they do, and what commonalities we might share with them all require of us to look beyond our narrow interests and parochial outlook. Absent empathetic concern, raw patriotism makes us highly vulnerable to misperceptions and misreading of other nations’ intentions. This could turn patriotism into a volatile brew that derives nations into conflicts and wars.

Throughout the globe, peoples of other countries, even those who dislike their governments, proudly identify themselves as their country’s citizens. In America, we have long been conditioned to call ourselves, taxpayers. Something seems off-kilter when a nation condenses its national identity into a narrow, monetized idea of “taxpayers.” It is an uncouth self-image, as if, our main role and responsibility as citizens are holding the government and politicians financially accountable for the provided goods and services.

The “taxpayer” identity, of course, is not unique to B-patriotism, but probably is mostly prevalent among the B-patriots. Many conservative politicians have mastered the art of exploiting our historically-conditioned anti-government sensitivities. It offers them a ready-made symbol to manipulate vulnerable masses into believing that the government is the taproot of all our troubles. The only thing we have to fear, they tell us, is government itself: “government is not the solution to our problem, government is the problem.” Little wonder why our venal politicians encourage us to regress to the anti-government glory days of the revolution by naming themselves after the Tea Party and its slogan of “no taxation without representation.”

Leaving aside our castrated national identity as “taxpayers,” B-patriotism regards freedom and liberty as license, a prerogative. It gives primacy to individual freedom over group and community interests. Out goes responsibility for our lives, and the common good. In comes self-abandonment, unrestrained liberty, freedom without interference, and being “on the loose.” This unfettered freedom of a socially-unmoored individual is what Isaiah Berlin calls “negative freedom:” the liberty of individuals to “act unobstructed by others.” B-patriotism glorifies the idea of freedom as an act of defiance. This is played out daily by many supporters of Donald Trump who refuse to wear masks amid pandemic. They justify their anti-social behavior by asserting the pandemic is a hoax, masks are ineffective means of protection and, the real reason behind mask ordinances is to find out “how much freedom and liberty can be taken away from you:” “a faked pandemic created to destroy the United States of America.” Whatever this might be about, it has little to do with citizenship: balancing one’s obligations as a citizen to both the community and personal freedom. B-patriotism elevates individual freedom above any responsibility to the larger community.

Another feature of B-patriotism is its dearth of empathic concern. Even those B-patriots who regard themselves as empathetic often seem unwilling to feel much compassion for nonwhite, poor, or non-cisgender Americans. They show little understanding, let alone appreciation of America’s mosaic of racial, ethnic, and religious diversity. Rather than seeing it as the fount of America’s strength and creativity, they view it as a source of our weakness and vulnerability.

B-patriotism’s empathy deficit directly translates into arrogance toward other nations. It’s been fed and nurtured by a smug interpretation of American exceptionalism: the belief that America is a shining city on a hill, a morally superior nation unlike any other in human history, and “one to which all other peoples should aspire.” If ever there were much substance to our exceptionalism, the Spanish-American War put the lie to that belief. In 1898 America found itself at a crossroads. After many tendentious but eloquent debates on the meaning of our creed and exceptionalism, Americans made a faithful decision to ignore their lofty ideals and values, to become an empire. Puerto Rico, the Philippines, Guam, American Samoa, Hawaii, and Wake Island became our colonies, like Theodore Roosevelt, and later Woodrow Wilson “unabashedly call them.” We took our rightful place next to the other great European empires. Viewed from afar, it marked the coming-of-age of the United States in the mold of European nation-states. The B-patriot notions of sole superpower and the indispensable nation the world could not do without all point to the reality that the B-patriots, for the most part, are full of themselves.

American politics used to be mostly battles over ideology; today it has devolved into the raw Us versus Them identity politics of tribal wars. U-patriotism is the most lethal expression of our current political malady. Of the three forms of Patriotism, U-patriotism in America is easiest to describe and recognize. It is a depraved form of patriotism practiced mostly by vigilante mobs of white ethnonationalists and hate groups who only can imagine the United States as an exclusively “Anglo-American” (non-Hispanic whites)-ruled nation. Whites, as the master race, they believe, are entitled to rule America—a belief parroting Hitler’s promise to his followers of a millennium of the Aryan rule in Nazi Germany. Virtually all hate-groups are primed for violence against the non-white Americans; little wonder that the only right they obsess about is the 2nd amendment right to bear arms.

These hate groups embrace nearly all the hard-core, radical right-wing, neofascist, and neo-Nazi movements. They range from Ku Klux Klan (KKK) to Patriots and the Proud Boys, nearly all grouped under the umbrella of “The Patriot Groups.” They are the chief promoters of the conspiracy theories that the Federal government’s goal is to deprive Americans of their constitutional liberties.

The U-patriots are political outliers. The blog HATEWATCH is a good place to learn about them. One thing stands out about their threat: other than ordinary criminals, they are the only domestic groups prepared to take up arms against other Americans. Their mutant form of “patriotism” has nothing to do with devotion to America; it is entirely about gaining personal/group power to rule over the rest of us. Donald Trump’s election in 2016 has given the hate groups a new lease on life. Trump continues to court them and sees them as his modern-day praetorian guard to ensure his pugnacious re-election bid. When given the opportunity to condemn the white supremacists, Trump instructed them: Proud Boys — stand back and stand by.” The Proud Boys were ecstatic by the Duce’s “standby” call. They had good reason to be; it was a “historic” remark by a sitting president of the United States. The Department of Homeland Security considers these hate groups as posing “the most lethal threat” to America, and, I might add, to our lame democracy

No modern American president has done as much or worked as hard to dishonor Good patriotism, ennoble Bad patriotism, and revive and empower Ugly patriotism to create a loyal base of support. And, no American President in living memory has become as dependent on the support of the U-patriots, openly stoking and courting them, as President Trump has. He brings to mind Samuel Johnson’s famous remark made on the eve of the American Revolution: “