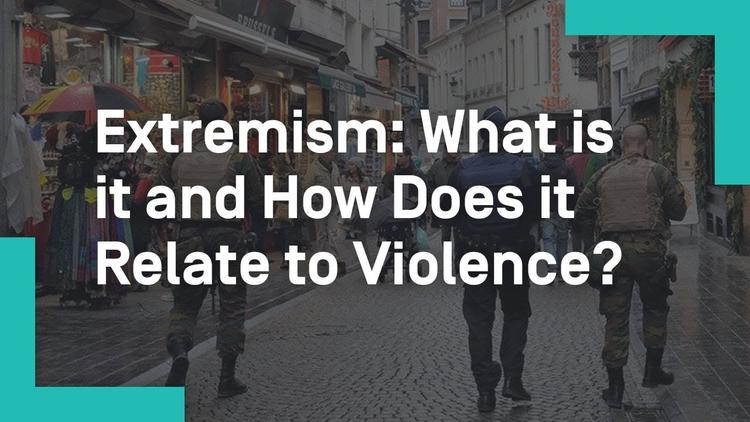 ( Christian Courier Canada) – In both Islam and Christianity, the mainstream has understood the core teachings of their founding prophets as proclamations of the Peace of God on earth. In each, the “way” has been characterized by peaceful interaction in societies that welcomed coexistence with religious minorities. While both have had their historic “bad moments,” the operative goal has been tolerant pluralism rather than militant exclusivism (Out of Many Faiths, Patal).

Regrettably, historic wars have triggered accusations that violence is embedded in the very core of these respective faiths. For example, Muslims have stereotyped Christianity with the Crusades, and Christians Islam with the Conquests. Recent instances such as the World Trade Center bombing of 2001 and the American invasion of Iraq in 2003 have reinforced these caricatures. Religion-tainted civil wars in Afghanistan and Syria and ideological conflict in the U.S. continue to rip societies apart. Incendiary name calling like “Axis of Evil” and “Great Satan” have enflamed lslamophobia on one side and violent anti-Christian behavior on the other.

Today these movements counter the ideal of peaceful coexistence with claims of uncompromising exclusivism: their fundamentalist theologies counter the Peace of God with “cultish” exclusivism in forms ranging from racist nationalism to outright militarism.

Islamic radical religious movements have often been embroiled in acquisition of political power . Usama bin Laden’s al-Qaeda was largely anarchist in its opposition to existing power structures, particularly the U.S.’s 1991 invasion of Iraq to which the World Trade Center bombing was a response. Its successor, the “Islamic State in Iraq and Syria” (ISIS), fought to establish a religio-military state, absurdly dubbed “Caliphate” by self-anointed “Caliph” Abu Bakr al- Baghdadi, bent on defeating the “secular” regimes of Iraq, Syria and the U.S. ISIS distorted the concept of ummah, which in the Qur’an meant the community of believers in the religious sense, to mean a super-state in the political sense.

The American radical religious right, coalescing under the “Evangelical” banner, has morphed into a militant nationalist movement, as Katherine Stewart writes in The Power Worshippers (reviewed in here), Islamophobia merged with Dispensational Zionism, and fear of loss of European “caste” supremacy, traded the self-sacrificial benevolence of Jesus for the “malignant narcissism” (Caste, Wilkerson) of the U. S. president. “Evangelical” handlers – Paula Whit e, Mike Pompeo, William Barr – tout him as the “Chosen One” sent by God to defeat the “Demonic Network” purportedly controlling American democracy.

Even though the two cultures traveled different, even opposite paths to their present sense of nationhood – one anticolonial and the other colonial – these radical right movements both abandoned strictly religious observation for militant nationalism in the name of their respective religions.

Most readers are familiar with portrayals of the final apocalyptic battle at Mount Megiddo portrayed in popular fantasy writing like Hal Lindsey’s Late Great Planet Earth and LaHaye and Jenkins’ Armageddon (Volume 11, Left Behind series). These modern retellings of the Biblical apocalyptic battles between Michael’s angels and Satan’s demons triggered a warlike pop culture perpetuated in film and video games, in which ordinary Christians imagine themselves as epic heroes and Jesus as their sword-wielding general.

Ironically, the same apocalyptic fantasy fuels the war-cult ideology in radical Islam (Landscapes ofJihad, Devji). Whereas Revelation used the folk memory of the frequent historic battles between the ancient Egyptian and Hittite Empires at Megiddo, Palestine, the locale of the

final battle in Islam recalls historic war against Rome/Byzantium (Rom in Arabic) at Dabiq on the North Syrian frontier. In its magazine Dabiq, ISIS-Da’esh casts its war against Iran and the West as the finale of this centuries-long war against Rome/Rum. (Iranian theocratic Shi’ism turns on a similar apocalyptic story.)

In both, the current death levels (whether by bullets or COVID-19) are nothing compared to global slaughter portrayed in these fantasy literatures. In the process, they reject the essential peacefulness of prophetic messages of the Jewish Bible, the Christian Gospels and the Islamic Qur’an. (For understanding the gruesome banality of the bloodshed, I recommend Abdoh’s 2020 novel Out of Mesopotamia, which views the war against ISIS through Iranian eyes.)

The “militant masculinity” of radical Christianity is rationalized through literal reading of Old Testament conquest literature, in which the honorific title for the Israelite male warrior caste was “Mighty Man of Valour” (Josh. 1:14 and Judges 6:12). Kristin Du Mez, in her Jesus and john Wayne, ( reviewed by Katherine Stewart), gives eloquent testimony to the uses of this Biblical imagery for bolstering the aura of white male power in pop-culture traditions adapted by “evangelicals” in America. Especially after 9/11, these self-styled Christian “Mighty Men of Valour” trained their war rhetoric on radical Islam Jesus and John Wayne, Ch . 13, “Why We Want to Kill You”).

Radical Islam also justifies its militant masculinity from literal interpretations of Scripture (Qur’an and Hadith) in the salafi notion of a “return” to the “pure” conditions of early Islam. This salafi idealism in the Middle East and lslamophobic stereotyping in the West both obscure the Qur’an’s predominant teaching of peacefulness (salam, Abu-Nimer). Instead, Arabian nomadic tribal converts merged their pre-Islamic male warrior aristocracy into the war-cultures of the Roman and Persian empires they defeated ( Muhammad : Prophet of Peace Amid the Clash of Empires, Cole). This war-like inheritance rather than Mohammad’s teaching inspires radical Islam’s militant masculinity.

Female submission (Du Mez, Ch 3, “God’s Gift to Man”) has been a visible complement to this emulation of masculinity in the American religious right. The anti-feminist “rules” include an inordinate stress on beauty standards modeled on the culture of Hollywood. This stress on made-up beauty is not the opposite of, but an equivalent to, female total veiling in radical Islam.

Radical Islam’s female submission, stressing traditional seclusion, intensified at the same time. Older radical Islamic movements such as Wahhabism in Saudi Arabia had taken female seclusion to extremes, and in the Islamic revival which began in the 1980’s most women in all social strata who had been adopting western fashion now adapted the trappings of seclusion, hair covering (hijab) for most, and full-face veils for some. But these extremes became the model for the warrior patriarchies of radical movement like ISIS and have served lslamophobes as stereotypes.

In each radical sphere, women escaped submission by accepting its norms: In America the self-styled prophetess Paula White serves as the U.S.-President’s “spiritual advisor.” In Syria Ahlam al-Nasr, a young poetess, who began by writing anti-Assad regime poems, became ISIS’ war-propaganda poetess after she was forced to flee Damascus.

The following is a brief list of similarities flowing naturally from those described above. To me, these are not mere abstractions garnered from books, but lived experiences. While I feel the breakdown of civility in my own American social environment, I also experience it through the eyes of my Muslim friends and colleagues in Jordan and Syria, as we do archaeology and dream of making peace together. Now, ironically, we’re seeing the “Peace of God” we’ve lived for destroyed “in the name of God .”

Predilection for authoritarian political structures centered on cult-like devotion to populist leaders like Osama bin Laden and Donald Trump. We ask: What happened to democracy?

Anarchic attacks on established political and civil order. In both bin Laden’s al-Qaeda and Trump’s America, the religious right’s primary enemy is the mainstream of their own religions, which are branded as apostate and secular, respectively. We ask: What happened to civility?

Acceptance of extreme narcissism as the standard for relating to other people. Benevolent sharing and respect for the culture, possessions and lives of others is replaced with racist disdain, constant grifting, arbitrary dispossession and death-dealing cruelty. We ask: Where is the compassion? Where is the justice?

Rejection of intellectual heritage and critical thinking in favor of literal, uncritical readings of the Bible and Qur’an to dictate knowledge and action. Both falsify reality with disdain for intellect, mythic conspiracy theories, melodramatic action, and clever media manipulation. We ask: Where is the science?

That radical Islam and militant Christianity are contemporary movements with surprisingly similar characteristics is not mere coincidence. Intertwined origins and frequent cross­ cultural relations link them. However, the similarities can be explained more meaningfully by seeing them as a larger pattern of responses to a shared set of intercontinental circumstances.That is the subject of the second installment: Part 11, Heroic Values (to be published on November 9).

Part II in this short series will be published online and in print November 9, 2020.

Further Reading, Parts I And II

• Cole, Juan, Muhammad: Prophet of Peace Amid the Clash of Empires.Nation Books, 2018.

Reprinted with the author’s permission from Christian Courier Canada

New America: “Extremism: What is it and How Does it Relate to Violence?”