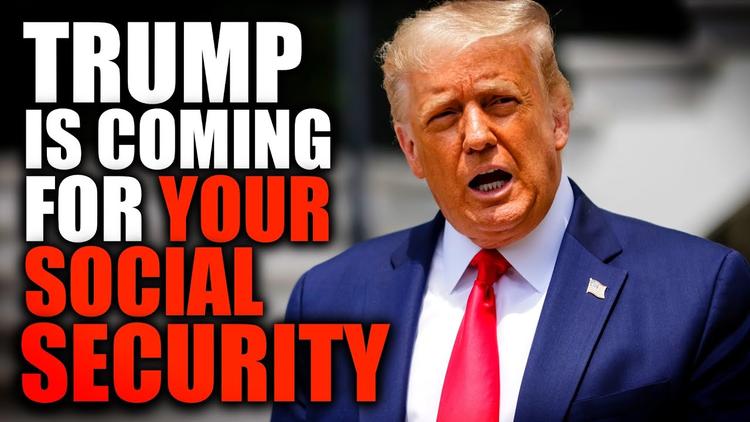 Gainesville, Florida (Special to Informed Comment) – President Donald Trump, Senate Majority Leader Mitch McConnell and other Republicans promoting the backlash against the federal government seek to return to an earlier, supposedly golden era in American history. By privatizing Social Security, Medicare and Medicaid while further lowering taxes on the top 1 percent income bracket, Freedom Caucus members and other House and Senate Republicans’ plan to solve the GOP manufactured debt crisis by shrinking the government and base its size on the 1950s level of U.S. population, effectively repealing Franklin D. Roosevelt’s New Deal while simultaneously opposing efforts to establish the new 2020 “Green New Deal”.

The New Deal of President Roosevelt, using the creative and humanitarian work of Roosevelt’s “Brain Trust”committee, developed the program of a federal safety net which included Social Security in the 1930s, and also inspired Lyndon B. Johnson’s Great Society and Medicare health insurance program of the 1960s. FDR and LBJ asked all working adults to care for American seniors and the poor.

Before the New Deal, retired people could not turn to the government for income or medical care. That responsibility fell directly to their children, if they had them. That’s why the Republicans’ proposed cuts to Medicare and Social Security are so shocking and inhumane — they shift these costs from the federal budget back to low state and/or non-existent family budgets wracked by the COVID-19 pandemic with huge job and income losses.

Without the programs of the New Deal, you’ll get something like the 19th century which had often mpassable country roads and unpaved city streets; fetid rivers, lakes, and beaches reeking of sewage and industrial waste; no public health programs, cruel ill-health and hunger in all age groups, no mental health,substance abuse or public health programs; epidemics of cholera, typhoid, polio and other scourges; massive illiteracy; indigent old age; few urban, state or national parks; vastly reduced productivity; urban riots and frequent bank failures that periodically wipe out depositors.

Many people today are unaware that they use federal infrastructure every day, yet insist they want less government in their lives. They are getting their wish as much of the cultural and physical infrastructure the New Deal created is degrading for lack of maintenance, encroachment and repression by those blinded ideologically to shrinking the federal government. The failure to maintain, let alone update, the infrastructure we inherited led the American Society of Civil Engineers to give a “D” grade to U.S. infrastructure, including dams.

Roosevelt’s New Deal programs give us a true picture of what government at its most enlightened can accomplish for all of its citizens, not just the few 1 percent. Let’s stop a return to the 19th century from the 21st. Fairness and democracy of the New Deal are its most important legacy. If DJT, Republicans and their wealthy donors and supporters have their way, we may be stranded in a world without it.