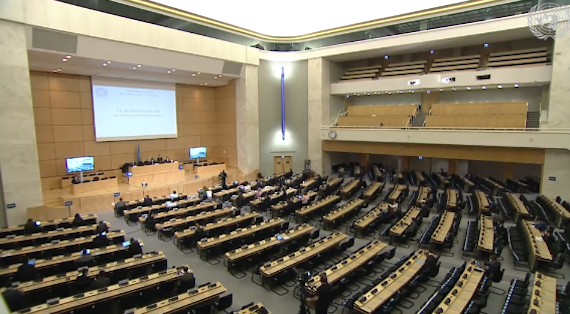 On May 30, Israeli border police in the Old City of Jerusalem fatally shot an unarmed 32-year-old Palestinian man with autism, Eyad al-Hallaq, in a “closed space” where he did not “endanger” anyone, according to what an officer on the scene reportedly told Israeli investigators. Israeli authorities have yet to announce the results of their investigation.

On June 23, border police shot and killed 26-year-old Ahmed Erekat after his car crashed into a checkpoint and he exited the vehicle in circumstances where he did not appear to pose an imminent threat to life. Authorities characterized the incident as a car-ramming attack; his family challenges that characterization and says it must have been accidental. Regardless, international human rights law standards on the use of force during law enforcement permit the intentional use of lethal force only when strictly unavoidable to protect life.

Furthermore, the strong evidence that serious crimes have been committed in Palestine since 2014 underscores the need for International Criminal Court scrutiny over the situation through a formal investigation.

Amid US government attempts to undermine the court’s work through the use of punitive measures against the court’s personnel, we encourage states to speak out to reaffirm their commitment to the court’s mandate and independence.

The continued entrenchment of Israel’s illegal settlements in the West Bank also highlights the urgency of the continued updating and public reporting of the database of businesses contributing to those settlements. The Human Rights Council has already decided that the database is to be updated annually and should ensure appropriate resourcing and clear timeframes for that reporting. We look forward to the High Commissioner’s annual updates of the database as mandated by resolution 31/36.