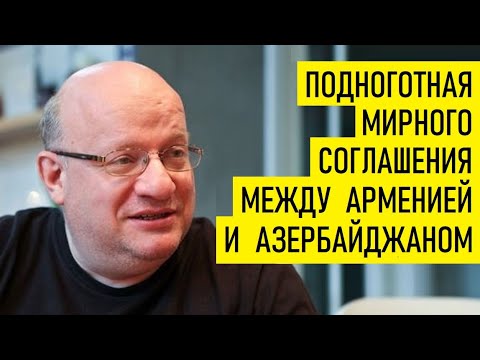 Belgrade (Special to Informed Comment) – The war in Nagorno-Karbakh is over. Armenian Prime Minister Nikol Pashinyan and Azerbaijan’s President Ilham Aliyev signed an agreement that effectively ended hostilities between the two countries over the disputed mountainous region. The deal was brokered by Russian President Vladimir Putin, who managed to preserve the role of the regional arbiter, although Moscow will now have to reckon with the growing influence of Turkey in the Caucasus.

According to the document, Armenian forces will have to withdraw from significant portion of Nagorno-Karabakh, also known as Artsakh – internationally recognized as part of Azerbaijan that has been under the control of ethnic Armenians backed by Yerevan for the past 26 years – and almost 2000 Russian peacekeepers will be deployed to the region. Their main task will be to protect a five kilometer-wide Lachin corridor, which is the major link between Armenia and Nagorno-Karabakh.

“This is not a victory but there is not defeat until you consider yourself defeated”, said Pashinyan calling the deal “extremely painful” for Armenian people.

Indeed, many Armenians see the agreement as capitulation to their archenemy Azerbaijan. That is why angry crowd stormed the government and the parliament buildings in Yerevan hours after the deal was announced. There are rumors that Pashinyan fled to Russia, and that Armenia could face a coup, but given that the military said it would follow the orders from the country’s leadership, at this point such an option does not seem very probable.

After Russia refused to interfere in the conflict, Armenia-backed Artsakh forces suffered heavy defeats on a daily basis. According to Pashinyan, he was told to sign a truce with Azerbaijan by leaders of Armenian armed forces, who explained that their resources were depleted. It is, however, widely believed that the Kremlin put enormous pressure on Armenian leadership not only to surrender Nagorno-Karabakh to Azerbaijan, but also to guarantee the safety of transport links between southwest Azerbaijan, south Armenia and Azerbaijan’s exclave of Nakhichevan. According to the agreement signed by Putin, Pashinyan and Aliyev, the Nakhichevan corridor will be secured by the Russian Security Service which means that Armenia will de fact lose its sovereignty over this road that lies in the south of the country, along the Iranian border.

The Kremlin propagandists and Russian officials claim that Putin prevented an Armenian military defeat by forcing Pashinyan to sign an “extremely painful” agreement with Aliyev. Still, even if even if Yerevan lost Nagorno-Karabakh on the battlefield, it is unlikely that Azerbaijan would dare to attack Armenia in order to capture the Nakhchivan corridor, since such an action would force Russia – Yerevan’s ally in the Collective Security Treaty Organization (CSTO) – to actively defend Armenia. In other words, Russia pushed its ally to sign a humiliating deal with its archenemy that was openly backed by Turkey, and armed by Israel.

Ankara, which has played the most visible role in escalating the conflict by sending arms to Azerbaijan and recruiting former Syrian opposition forces to fight against the Armenians, has long envisioned itself as a major energy corridor between East and West. Now that its client Baku has won the war, Turkey’s influence in the region is expected to grow. As Azerbaijan’s leader pointed out, Turkey will also take part in the peace-keeping process, which suggests that Moscow and Ankara will de create their own “occupations zones” in the region – a model that the two countries already applied in Syria.

At the same time, according to Ukrainian political analyst Dmitriy Dzhangirov, Armenia, as a defeated nation, could face waves of destabilization.

“I believe Russia knew about the Azeri war plans in advance, but refused to share them with Pashinyan who is perceived in Moscow as a pro-Western and liberal figure. Now the Armenians will be even more dependent on Russia, since what has left of Nagorno-Karabakh will be in hands of the Russian peacekeepers”, said Dzhangirov.

Although the presence of Russian peacekeepers is seen as a guarantee that Azerbaijan will not be tempted to resume the war and capture the remaining portion of Artsakh, primarily the capital Stepanakert and the Lachin corridor, in reality Baku could create serious troubles for Russian troops on the ground. It is worth noting that just hours before the deal was reach, Azerbaijan’s Armed Forces downed Russian military helicopter over Armenia, close to Nakhchivan border.

“This is a planned provocation that resulted in the death of Russian pilots. There can be no other explanation”, said Russian military expert Alexei Leonkov. He emphasized that Azerbaijan is not a NATO member and that Russia can be tougher with Baku it than it was with Turkey after it downed the Russian Su-24 jet in Syria in 2015.

However, Russian media did not pay much attention to the incident in Armenia, and Azeris living in Russia came out to the streets of Saint Petersburg to celebrate their country’s military victory over Armenian forces, just hours after the Azeri Army Russian shot helicopter. Such an ambivalent Russian position can be interpreted as another Russia’s weakness and geopolitical humiliation. At the same time, it was a clear message to the Armenians that they cannot rely on Moscow.

“If your ally is the Russian Federation, you should be aware that everything that’s written in various agreements will be implemented only on paper, and Russian help will be very limited”, wrote a prominent Russian blogger whose pseudonym is Donetsky.

Even though many Armenians will be disgusted and will likely blame both Pashinyan and Putin for their defeat in Nagorno-Karabakh, the country is expected to remain in Russia’s geopolitical orbit, although Russian influence in Yerevan could start declining.

“Pashinyan will certainly have a very hard time”, said Alexander Iskandaryan, Director of the Caucasus Institute in Yerevan.

“Protests in Yerevan will be quite massive, and troops will start coming back from the warzone. In addition, there are already many refugees from Nagorno-Karabakh in Armenia and they have nowhere to return. The situation in the country will be very turbulent”, said Iskandaryan.