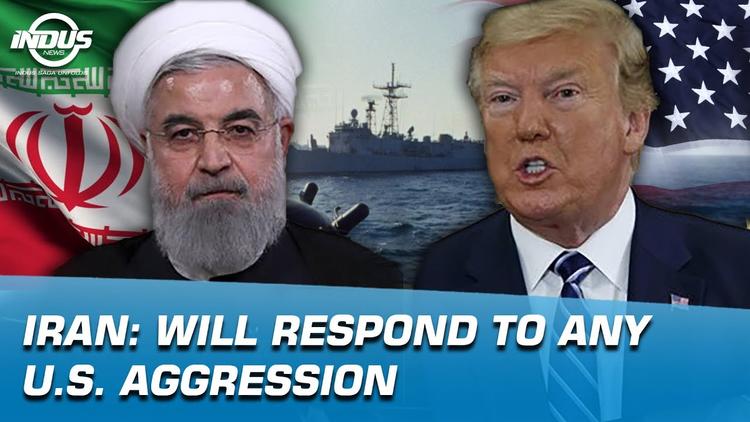 Ann Arbor (Informed Comment) – Eric Schmitt, Maggie Haberman, David E. Sanger, Helene Cooper and Lara Jakes at the New York Times get the scoop. Their sources in the White House tell them that last Thursday, in a meeting with his senior advisers, Trump abruptly asked them if there were options for a US strike on Iran’s civilian nuclear enrichment facilities.

They say that vice president Mike Pence, secretary of state Mike Pompeo and chairman of the joint chiefs of staff Gen. Mark Milley all sought to dissuade Trump from this course of action, on the grounds it could kick off a major war in the last weeks of his presidency. They are alleged to have come away from the meeting convinced that they had succeeded.

Some commentary on this story:

First, it should be noted that Iran is not engaged in illegal activity. Its right to enrich uranium for civilian electricity production was acknowledged by the 2015 Joint Comprehensive Plan of Action or nuclear deal signed with all the permanent members of the United Nations Security Council plus Germany. Iran has only departed from that agreement in very minor ways, and mainly as a way of putting pressure on Europe to defy the US severe economic sanctions, which contravene the treaty. It is Trump’s Washington that has behaved illegally, not Iran.

So there is no casus belli and any US military action against Iran’s civilian nuclear facilities would be a massive war crime.

Further, the authors do not say anything about the likely consequences for Iranian civilians of such a strike.

It is possible that such a US strike on active nuclear enrichment facilities could kill as many Iranians as did the use of an atom bomb on Hiroshima in 1945, which killed between 90,000 and 145,000 people over four months. Further effects lingered for years. There was a big spike in leukemia in children from 1947-1951. A similar elevated rate of leukemia in Iranian children would almost certainly follow on a US airstrike on Iranian nuclear facilities. Although the US would not be using a nuclear bomb, it would subject the nuclear material to massive conventional firepower, which would throw up similar radioactive fallout.

A 2012 study found that a strike on Iran’s nuclear facilities would directly and immediately kill between 5,000 and 70,000 people from the release of up to 20% of the uranium hexafluoride gas at the Isfahan facility.

“In our report, we have stated that casualties can range from 5,000 to 70,000 should only 1%-20% percent of 371 tons of uranium hexafluoride gas at Isfahan’s Uranium Conversion Facility be released into the atmosphere (P. 28). These casualties are direct results of exposure to chemically toxic hydrogen fluoride and other fluorine containing compounds, not due to radioactive fallout…”

What if 50% of the gas were released?

The authors went on to write about much higher casualties from broader consequences of the strike. They note the

“indisputable fact that thousands, if not tens of thousands, of civilians currently working as engineers, technicians and support staff would be killed or suffer numerous injuries, both short and long term as a result of a military strike. Based on reliable international sources, we have estimated the number at the four facilities at 5,000-10,000.”

These deaths appear to be on top of as many as 70,000 from the gas release.

Then there is the fallout produced by the US bombing, which would throw up toxic radioactive particles into the atmosphere that would then fall on people, would produce further casualties, over decades.

In addition, a strike on Isfahan in particular could pollute one of Iran’s major underground sources of water:

“The Markazi Aquifer, which supplies 29% of all irrigation and culinary water in Iran lies directly beneath the Isfahan Uranium Conversion Facility. Any kind of disturbance and propagation of uranium- containing compounds could expose this large and important body of fresh water to dangerous levels of uranium, shackling millions of Iranians with an increased rate of bone cancer as well as a significant rise in birth defects for decades, if not centuries to come.”

Bone cancer and birth defects. A third of Iran’s water undrinkable. Iran is mostly desert and does not receive much rainfall except in the northeast. This would be a humanitarian consequences of enormous proportions for the country of 81 million people.

Finally, I have a critique of one passage in the article. At one point they say this:

“The report from the International Atomic Energy Agency concluded that Iran now had a stockpile of more than 2,442 kilograms, or over 5,385 pounds, of low-enriched uranium. That is enough to produce about two nuclear weapons, according to an analysis of the report by the Institute for Science and International Security. But it would require several months of additional processing to enrich the uranium to bomb-grade material, meaning that Iran would not be close to a bomb until late spring at the earliest — well after Mr. Trump would have left office.”

I have enormous respect for these reporters, and for Mr. Sanger in particular. But I cannot avoid pointing out that this passage is full of assumptions that are unsupported by any facts. And in fact, the possibility they raise of Iran having a nuclear weapon in 2021 is as near to being impossible as any statement about the future can be, as I have explained elsewhere.

1. Iran was constrained to enrich to no more than 3.67%. To protest the way the US and Europe reneged on the 2015 Iran deal by refusing in fact to proffer Iran substantial sanctions relief, they have started enriching to 4.5%. You can’t do anything with uranium enriched to 4.5%. It is just suitable for fuel for the nuclear reactors at Bushehr, which boil water with it to make electricity. It doesn’t really matter how much of it they produce.

2. Iran has never produced high enriched uranium and there is no reason to believe that they have the capacity to enrich to the over 90% necessary to produce fissionable material.

3. Iran certainly cannot achieve that capacity by next spring!

4. Iran is being regularly inspected by the UN, which certifies that there is no evidence of an Iranian bomb-making program. Unless they cease the inspections, we would know if Iran went for broke and tried to militarize its civilian enrichment program.

The implication of this paragraph, that there is any realistic prospect that Iran could have a nuclear weapon by next March, is absolutely ludicrous. I doubt it is a possibility even in the next decade, and then only if Iran kicked out the UN inspectors and breached the nuclear deal with allies China and Russia, on which it is deeply dependent, and which strongly object to Tehran doing any such thing. It is this sort of alarmist and inaccurate reporting on things nuclear that dragged the US into the Iraq War, and the New York Times played a sinister role in it that the paper has never properly acknowledged.