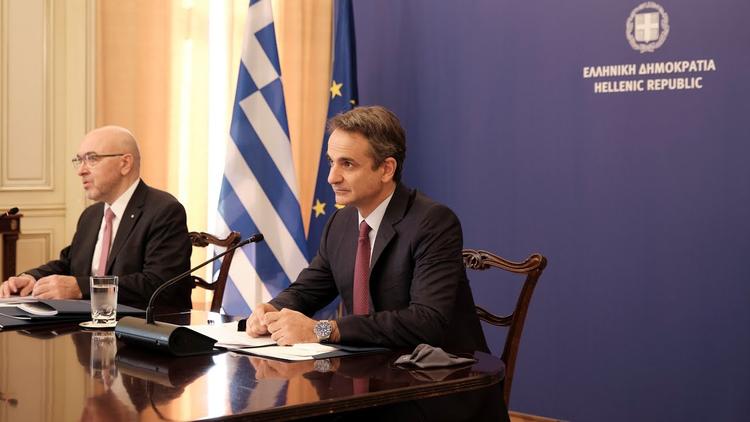 ( Clean Energy Wire) – Volkswagen (VW) and the Greek government are planning a pilot project to introduce fully electric mobility on an island in the southeastern Aegean Sea, business daily Handelsblatt reports. In the next two years, all cars, trucks, motorcycles and buses on the island of Astypalea are to be replaced by electric vehicles running on solar and wind energy and will be provided by the Wolfsburg-based company.

VW CEO Herbert Diess and Greek Prime Minister Kyriakos Mitsotakis signed a declaration of intent for the project, with Diess calling the project a “future-facing blueprint for clean mobility and a clean environment.” The project was launched at the initiative of Greece, Deputy Foreign Minister Kostas Fragogiannis said and enlisted VW as a partner in Setpember.

“Astypalea offers ideal conditions for this project,” said Fragogiannis. “Here we can plan an electromobility system from scratch. Astypalea is just the right size to test these new transport systems, and the residents were immediately convinced by the idea.”

The island is home to some 1,300 inhabitants, most of whom use their own means of transportation, a the public transport network consists of a single, ten-kilometer bus line, served by two vehicles. These will be replaced by electric shuttle buses.

In addition, three car-sharing stations with 50 vehicles and four sharing stations with 67 electric bicycles and 100 electric motorcycles are planned. The switch to e-vehicles will be voluntary in principle. However, the state is providing massive subsidies and tax benefits to support it and VW has pledged to provide “extensive support” to the island’s inhabitants and businesses.

Presentation of the project “Smart & Sustainable Island” for Astypalaia