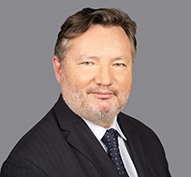 Jean-Philippe Robé discusses how multinational enterprises morphed into political organisations with global reach and power, but without the corresponding responsibilities. He argues that the concentration of property rights within corporations has led to the rejection of democracy as an ineffective system of government and to the rise in inequality.

( LSE British Politics and Policy) – Globalisation is affecting our lives, our institutions and our natural environment. Global firms play a key role in this historical change. In an open, globalized economy, large business firms take a world view about the opportunities which present themselves. Some states offer a legal environment which is pollution friendly. Others offer the services of their workforce at a discount. Others specialize in the offering of tax schemes making it possible to substantially reduce tax bills. The UK and the City of London have been particularly efficient at creating on-shore what is being perceived as off-shore finance. All this is of course at the expense of the effectiveness of the political institutions trying to protect their populations and natural environment. Their ability to adopt protective local rules is reduced and their financial means are being eroded via a global game of tax base and profit shifting.

This evolution is not a consequence of ‘market’ forces. To start with, according to an UNCTAD 2018 report, 80% of cross border-trade is in fact intra-firm trade. What appears as being international exchange is in fact exchange internal to firms, to organizations. International trade is mostly organized trade – trade organized by large firms. The decisions leading to the present state of affairs are therefore not made via the anonymous choices of market actors. They are made within business organizations, within firms optimizing their operations, from their own perspectives, using the worldwide menu of state-offered legal dishes.

There is a general sentiment that the present-day economic, financial and political systems are out of control. But a clear view as to the origin of these issues and what can be done about them is lacking. What I propose is a new method of analysing the co-development of economic and political institutions which offers pathways out of the dire straits in which we are.

The notion of property is a central concept in this new analysis. Contrary to common sense, property is not a direct relationship between a person and a thing. Property is not a ‘state of nature’ reality; it is a highly sophisticated mode of social relationships. What property really means is that in connection with any object of property, the owner has a right of decision-making as a matter of principle in connection with the object of property. Laws come only as limitations, as a matter of exception, to the autonomy of the owner.

This modern notion of property was progressively intellectually developed up to its institutionalization at the end of the eighteenth century. The political purpose behind this notion was to make of the individual owner a small-scale sovereign, with full autonomy to make decisions about the use of their property. For some, the issue was one of efficiency: property allows making decisions in connection with the use of things without palaver. And the owner bears the consequences, positive or negative, of his or her actions in connection with the object of property. For others, what was at stake was the autonomy of the individual and the provision of the means to enable owners to develop their own oneness. These are in a sense the two roots of the liberal system, with individual owners as primary decision-makers, and the rules of society, mostly via law, coming as exceptional derogations to this autonomy.

In this system of allocation of prerogatives in connection with the use of property rights, owners are legally placed in a more favourable position than non-owners. Irrespective of the widely shared belief that there is equality among individuals in a liberal legal system, the reality is that owners can hire and fire in connection with the use of their objects of property and that they can organize producing activities. Owners order and non-owners obey. Of course, this is window-dressed by contracts, such as employment contracts. But the inequality in property rights translates into an inequality in day-to-day life for most of us. The autonomy of some is the heteronomy of the many.

A key to the understanding of the evolution of our societies over the last 150 years or so is the perception of the importance of the corporate revolution. In purely liberal legal systems, business corporations are viewed with much suspicion and are clearly understood as potentially very powerful organizations which can prevent the normal operation of a liberal society. The sources of worry are numerous. In particular, shareholders have limited liability, which is an issue in a society in which one is deemed to be responsible for his own acts; managers are going to make decisions in connection with objects of property they do not own, which translates into complex rules of allocation of duties and responsibilities; there is no limit such a death to the accumulation and concentration of objects of property within corporations; they may end up being very powerful organizations challenging the authority of the state. And so on. Treating legal fictions as real-life individuals was perceived as inherently problematic.

Our forebears were very much aware of these issues. But two different forces combined to lead to a worldwide spreading of what can be termed the corporate system. First, the financial needs arising as a consequence of the industrial revolution, be it in infrastructure, industrial production, large-scale distribution, insurance and so on. And second, the international competition among states to provide the legal tools requested by local industrialists. This race-to-the-bottom (or towards efficiency for some) is well known in the US context. In a federal free market, businesses had the liberty to incorporate in the state of their choice. This led to a frenzy competition among the various states to provide businesses with the freedom to incorporate. What used to be a privilege, a derogation to the normal rules of operation of the economic/legal system, soon became a right. A similar process took place in Europe, with England as a first mover, followed by continental states such as France in the wake of the extension of free trade treaties.

Today, in many jurisdictions of the world, incorporation requires just a few pounds and, in a few seconds, a new legal person is created. What is the issue? Large organizations, large business firms, organize themselves legally by using hundreds of subsidiaries in the various jurisdictions of the world to optimize the allocation of their resources, the accounting of their performance and the allocation of wealth creation. Large groups of corporations, each one of them being a separate legal person with the same rights as individuals made of flesh and blood, make it possible to legally structure large organizations which do not have any legal existence as such, as a unity, as a single organization. The consequence is a worldwide disconnect between the use of prerogatives, the rights of decision-making, the property rights, and the allocation of responsibilities and liabilities.

There are many clear examples of what can be done by tweaking the corporate organization of a large firm. Jobs, pollution or profits can be easily relocated. So much so that depending on its corporate structure, the same economic organization producing the same number of widgets over a period of time can lead to widely different outcomes in terms of environmental and social impact, and in terms of profit measurement.

This discrepancy between the corporate structure of groups of companies, made of hundreds of legal persons, and the unity of operations of the firms existing as a consequence has consequences across the board. Large firms have concentrated via their corporate structure the rights of decisions-making as a matter of principle over productive assets. They have concentrated rights of autonomy, sovereign rights, initially designed for individuals. Concentrated within organizations, these rights take on a brand-new dimension. They give firms sovereign powers which need to be tamed via improved governance systems and a more inclusive accounting of their activities. The governance of our society is deeply impacted, with a dramatic erosion of the Westphalian state system.

There are several potential means of action to adapt to this new reality. One of them is an improvement of the accounting system which, today, can evidence the existence of profits while firms destroy environmental and social capital. Beyond the accounting of the operations of the firms in terms of financial capital creation or destruction, the forms of capital included into the accounting of the operations must now include social and environmental capital. The development of proper accounting systems suited to the needs of a globalized society is particularly required given the seriousness of global climate disruption and the quasi-impossibility to address it via the institutions which are the legacy of the fading state system.

Note: the above summarises some of the arguments in the author’s new book 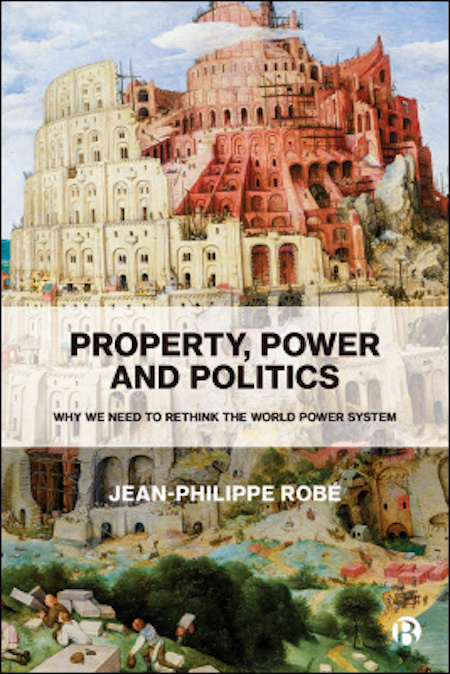 Property, Power and Politics Why We Need to Rethink the World Power System (Bristol University Press, 2020).

Jean-Philippe Robé is a member of the Paris and New York Bars. He teaches law at the Sciences Po Law School in Paris and is an equity partner in one of the largest US law firms.