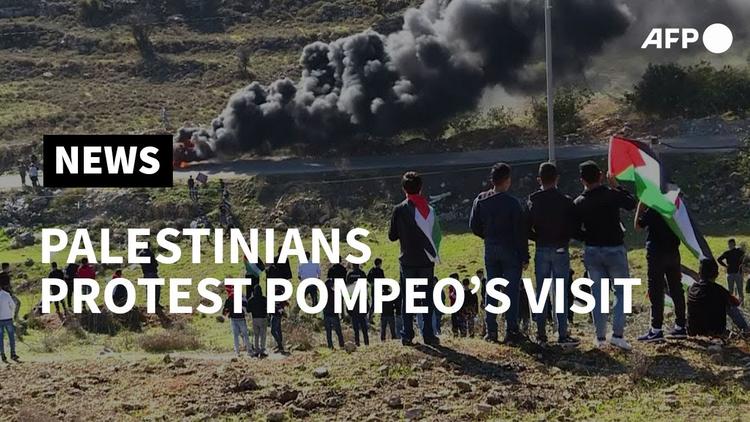 ( Middle East Monitor ) – As he counts down his final days in office, US President Donald Trump is continuing to reward human rights violations committed by Israel. Ignoring the apartheid state’s crimes against the people of occupied Palestine, he is instead criminalising those who try to stop such crimes taking place. In doing so, he allows the colonial-occupation state to continue to act with impunity.

When US Secretary of State Mike Pompeo joined Israeli Prime Minister Benjamin Netanyahu in a joint press conference last Thursday, his words belonged to an era when human rights and international laws were still a dream yet to be realised. They were certainly not worthy of a senior official representing a state which claims to be the epitome of modern democracy and freedoms built on justice.

By declaring that the peaceful Boycott, Divestment and Sanctions [BDS] campaign against Israeli apartheid is “anti-Semitic”, Pompeo brushed aside anyone and everyone standing up for justice for the Palestinians. At a stroke, he destroyed the founding principles that the US claims to uphold and promote.

Pompeo’s statement indicates the magnitude of the moral, legal and political dilemma that the US administration has got itself into. Washington has been exposed as having disdain for international laws and conventions intended to ensure that the world is a safer place for everyone. And it has been exposed by the BDS campaign, which is highlighting the illegal activities of the occupation state of Israel and, in doing so, persuading people, governments and businesses to boycott the apartheid regime economically, academically, artistically and in the sporting arena.

While being labelled as “anti-Semitic” will impose further restrictions on the movement and its activists in the US, Pompeo will not be able to convince reasonable people around the world that what Israel does is in any way legitimate. Every law-abiding citizen knows that BDS has confirmed its principled stand against all forms of racism, and that the US and Israel are weaponising anti-Semitism.

Since its inception, the movement has focused on making sure that its activities are consistent with international laws, which legitimise the struggle against the brutality of the Israeli occupation. BDS emphasises that boycotts and sanctions are tried and tested tools against oppressive regimes, of which Israel is one, given that it has stolen the freedom, dignity and land of the Palestinians.

Pompeo concluded his latest visit to the occupying state by going to an illegal settlement built on stolen land in Al-Bireh in the West Bank. In doing so, he basically gave his blessing to the theft. He drank wine made from stolen grapes and rewarded the thieves by insisting that the US will give the “Country of Origin” of settlement produce as “Israel”. At a stroke, he ditched any pretence of a veneer of legitimacy to the claim that the US is a country built upon law and order, and that it will always stand up for justice.

There is no doubt that if good people turn their backs on the Palestinians and justify the seizure of their rights and property, as well as the theft of their land, then we are accepting an immoral world order totally lacking in principles. What sort of world will that leave us with? If we allow the Palestinians to have their rights and lives crushed today, whose turn will it be tomorrow? Abandoning the principles upon which the UN was founded is no way to run the international community; it is anarchy. Who in their right mind really wants that? Pompeo’s BDS diktat is a disgrace.