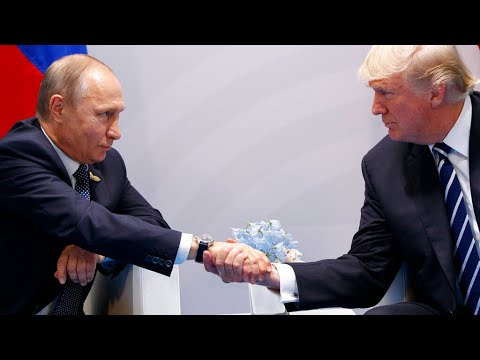 Ann Arbor (Informed Comment) – Trump’s meltdown on Thursday evening in which he alleged a vast Democratic conspiracy to stuff ballot boxes and steal an election he believed himself to have won, along with the gun-toting, menacing MAGA crowds gathering outside vote-counting facilities, have embarrassed America before the world. Worse, they have given hope to adversaries of this country that the US will be paralyzed by faction-fighting. Further, illiberal regimes and groups have taken advantage of Trump’s phony controversies to assert that American democracy is a sham and a poor model, compared to smoothly authoritarianism or dictatorship. Muslim extremist groups have actually held prayer sessions imploring God for an American civil war of the sort Trump seems to be fomenting.

Euronews reports that Moscow is rooting for chaos in America in the wake of the election, feeling that Trump did not work out for Russia but remaining convinced that Biden would be even worse.

BBC Monitoring reports that the Russian media, including RT, have been amplifying Trump’s and Rudy Giuliani’s baseless charges of ballot fraud.

Russian president Vladimir Putin has gutted Russian democracy, having opponents jailed or poisoned and carefully controlling the press and billionaire oligarchs. He therefore wants to undermine the whole idea of free and fair elections as a fraudulent narrative of American liberalism.

RT retweeted a phony story featuring false charges of election irregularities from Rudy Giuliani without noting that the former mayor has presented no evidence for his outrageous assertions. Twitter branded the RT tweet misleading.

Yevgeny Popov, host of top state channel Rossiya 1’s 60 Minut (60 Minutes) talk show on 5 November.”No matter who wins the final vote count, I’d like to put on the record one conclusion: The world has not seen any honest – democratic if you want – elections” in the ‘shining city upon a hill.’ He was referring to Ronald Reagan’s description of America.

BBC Monitoring says that he accused US election commissions of open manipulation and spoke of “300,000 lost ballot papers, an anomalous rise in votes for Biden in Michigan, the prohibition of allowing Republican observers into polling stations”.

Julia Davis at the Daily Beast reports that Popov kept pressing his guests on whether there would be blood in the streets. She says one of the guests agreed there would be, and observed, “what’s not to like?”

Ahmad Sharif writing in Egypt’s Elbalad newspaper also speculated that white nationalist militias supporting Trump would refuse to accept his defeat and would throw the US into civil war. Egyptian Field Marshal Abdel Fattah al-Sisi made a coup in Egypt in 2013, overthrowing the first elected Egyptian leader since the 1952 Young Officers’ coup. His regime, like Putin’s, is tired of being lectured on its authoritarianism, and a contested US election that can be used to put down democracy is a welcome distraction from Egypt’s thousands of prisoners of conscience.

BBC Monitoring also reports that al-Qaeda and ISIL were ecstatic to hear that Trump would go to the Supreme Court to stop vote counting. They said on their social media that they hoped Trump’s militias would throw America into civil war.

Extremist groups see themselves as benefiting from polarization. One extremist in London said that Trump was more useful to their cause because he was inflammatory, whereas Biden is like a soporific.

Euronews: “US election 2020: What does Russia want from the US election?”