We need your help! Informed Comment is almost unique in focusing on US foreign policy and Middle East affairs from a progressive perspective, in addition to providing crucial information on the climate emergency and progressive social policy. We carry original reporting, and curate the best of Left coverage on these issues that have such a powerful impact on our lives. None of this comes without a substantial cost, and we are hoping that readers will continue to be generous in supporting these initiatives. In the year ahead, we need to concentrate on enacting reforms that undo Trump’s damage, which put the US on a war footing with Iran, set Yemen on a course to potential mass starvation, and committed our country to ramping up carbon dioxide emissions from dirty coal and oil. FDR is alleged to have told progressive Stanley Hillman, who pressed him to enact Left policies, “I agree with you, I want to do it, now make me do it.” We’ll have to work hard to get the Biden-Harris administration to move the country forward to our best future.

If you agree that this is important, be sure to retweet or share this posting on your social media!

But given that Facebook deliberately suppresses left journalism and uses the right wing cult site “Daily Caller” as an arbiter, it is more important than ever not only to support the site if you like its news items but to sign up for delivery of the daily postings by email so you don’t miss even one.

This year those who contribute $100 or more to Informed Comment by Paypal, up until the stock runs out, will receive a copy of my new book, The Rubaiyat of Omar Khayyam. Nicola’s Books in Ann Arbor has kindly agreed to send them out for me off the Paypal addresses, which worked like a charm last year. (If you blocked your address at Paypal, you have to provide it to me to get the book). The COVID-19 crisis has unfortunately introduced some wrinkles this year. Because of my radiation therapy I am quarantining and not sure I can go over to sign the books. And, publishers are cautious and doing smaller print runs, so I don’t know if we can acquire enough books to cover all of our generous donors. We will try! Thank you to all of my supporters for your generosity and your encouragement of an independent press! The site is stronger if all fans participate. I sometimes get messages from readers doubting that a $5 donation would be welcome. Of course it is welcome! We just want 10,000 of them. 🙂 If everyone who appreciates Informed Comment donated even a small amount, we could turn it into a media giant. Moreover, giving in itself helps create community and commitment, and is welcome on those grounds alone. 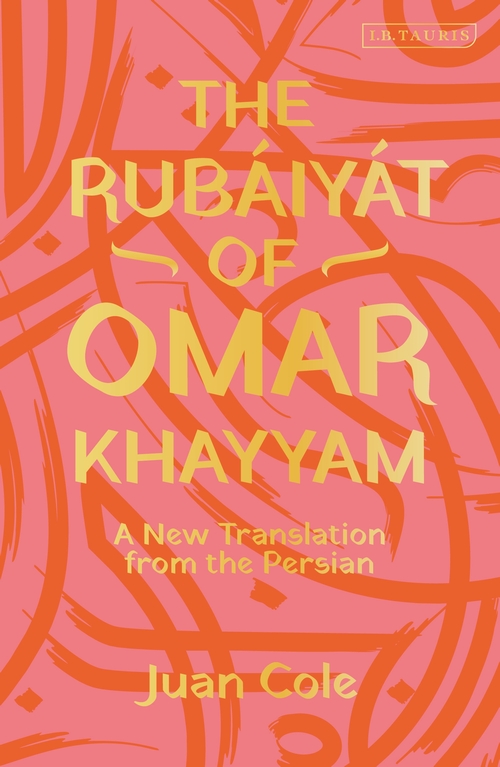 In 2020 we covered the dangerous game the Trump administration is playing in strangling Iran economically and assassinating major figures such as Gen. Qasem Soleimani, as well as the danger in which he put US troops in Iraq by his erratic attacks on Iraqi Shiite militias that are integrated into the Iraqi armed forces. We continued to speak out about the ruinous Yemen War, which the Trump administration backs to the hilt despite both House and Senate legislation that provides for a US withdrawal. We covered the role of China and Russia in the region. We are one of the few US media sites that reports systematically on the plight of the Palestinians. We have as a regular beat the issues around Islamophobia and the demonization of the religion of 1/5 of humankind and of millions of our American citizens.

Informed Comment has also been energetic in covering the global pandemic and its tragic mishandling by the Trump administration. We covered the demands for equality under the law for all Americans. Many of you shared some of our stories thousands of times. Your favorite authors at Informed Comment, such as David Faris, Elizabeth Thompson, Mohammed Semaan, Dan Dinello, John Buell, and Nikola Mikovic, among many others, deserve a bigger honorarium than we were able to offer. Give them a raise!

Unlike other news outlets, it is a little unlikely that this site will be supported by right wing billionaires, and so if you want it to continue, it is up to you.

At Informed Comment, I have tried to provide the historical background and the context to startling developments such as Trump’s attempt to put Iran into a box, getting beyond the one-damn-thing-after-another rush of news reports.

Middle East issues are often framed by right wing media such as Fox Cable News in Islamophobic and frankly racist ways. Unscrupulous “news” providers play on the comparative lack of good information and analysis to manipulate public opinion on these matters so as to create fear and promote right-wing policies. Informed Comment is one of the few solid counterweights to this propaganda. Corporate news outlets, even relatively liberal ones, can almost never report evenhandedly on controversial issues such as the plight of the stateless Palestinians, because of fear of consumer boycotts. Likewise, much of the corporate news in the US seems determined to obscure the dangers and sources of climate change, perhaps influenced by the vast wealth of Big Carbon or even because their parent companies are invested in that sector. Informed Comment is unconstrained by such considerations. We still get millions of page views a year at the server. Informed Comment also has a big presence in social media.

Despite rising costs of maintaining this site, years ago I decided that I did not want to put Informed Comment behind a firewall and charge a subscription fee for it. That just isn’t who I am. In my own view, there has been a long crisis between the United States (and perhaps much of the West) and the Muslim world that I felt a duty to attempt to interpret and analyze for both publics, not just for well-heeled elites. Pressing issues have arisen such a climate change and the energy and water crises, which have a great deal to do with the Middle East and South Asia, my areas of expertise. This is a democratic blog, for the people and in dialogue with the people, for the common weal.

For 2021, we are aiming to have more independent, progressive columns of the sort you are clearly pleased by. We will break the sort of news that will be useful in pushing the new Biden administration toward the Green New Deal, toward racial justice, toward a more just US policy in the Middle East, including rights and peace for both Palestinians and Israelis. We will be all over negotiations to return to the 2015 Iranian nuclear deal and to the Paris Climate Accord.

Your donation helps me keep Informed Comment independent and prolific. Together we keep independent media alive. I would like to thank all my readers and contributors again for your support in 2019 and look forward to an even more productive 2021 together. Thank you for supporting our independent thinking and dialogue!