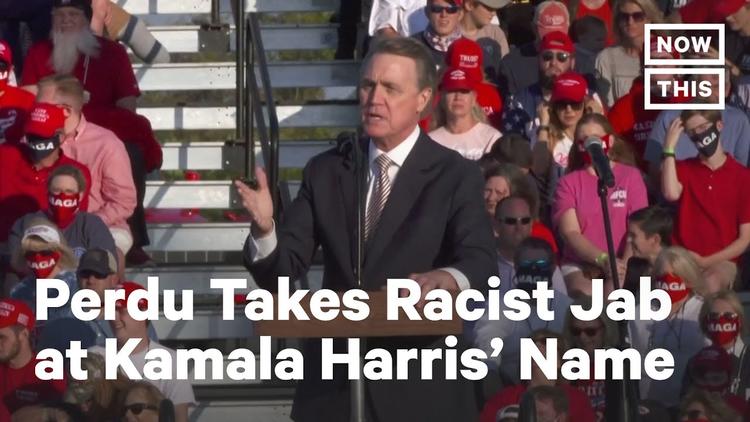 Ann Arbor (Informed Comment) – Republican Senator David Perdue of Georgia, facing a run-off against Jon Ossof, has an opulent six-room beach-front mansion that has been protected with newly built, pricey jetties and sea walls against sea level rise, storm surges and coastal erosion. Why, it is as if Perdue thinks the climate emergency is real, and poses a threat to his personal property. And yet, he is big on coal and other fossil fuels and urged Trump to withdraw from the Paris Climate accord. So he is willing to sink everyone else in Georgia, but he is protecting his own mansion. So reports Sharon Lerner at the Intercept.

In contrast, Perdue wrote of Trump’s championing of dirty coal, the most carbon-intensive fossil fuel, ““Under his watch, President Obama tried to kill the coal industry and, in doing so, disrupted several key industries integral to our economic growth. This is not the case anymore. President Trump has said job one is getting our economy going and he has made it a priority to champion American workers. From approving the Keystone Pipeline to eliminating this regressive energy tax, it’s great to see a President prioritizing our energy independence instead of a political agenda.”

The multi-millionaire and Fortune 500 CEO Perdue pretends here to be worried about “workers.” What did he pay his workers per hour? Anyway, the solar and wind industries employ far more workers than does coal; solar and wind advance the economy because the fuel is free; and solar and wind don’t wreck the environment.

The Environmental Protection Agency warns that Georgia will get hotter and wetter as a result of the billions of tons of carbon dioxide you and I are putting annually into the atmosphere by driving gasoline cars and burning coal to heat and cool our homes. CO2 is a dangerous heat-trapping gas that acts as though it is large numbers of atomic bombs going off in the sky.

The EPA says of Georgia,

“Sea level is rising more rapidly in Georgia than along most coasts because the land is sinking. If the oceans and atmosphere continue to warm, sea level is likely to rise one to four feet in the next century along the coast of Georgia. Rising sea level submerges wetlands and dry land, erodes beaches, and exacerbates coastal flooding.”

There you have it. That is what Perdue, who is worth between $13 million and $39 million, is actually worried about. Rising sea levels. But he votes like he isn’t worried, because he is sure he has the wealth to protect his own property from the worst effects, at least in his lifetime. But what about poorer Georgians who live on the coast and make their living from it? What will his pro-carbon policies do to them and their children?

“More than 178,000 acres of land lie less than 3 feet above the high tide line in Georgia, after accounting for potential protection from levees and other features. Some $2.5 billion in property value, and 12,500 homes sit on this land – with over 80% in Chatham and Glynn Counties. More than one quarter of the property at risk in the state is located in Savannah, and more than 1 in 6 of the state’s homes at risk are in St. Simons. Roughly 22,000 people are residents in the homes below 3 feet. Totals jump to some $3.4 billion in property and 33,000 residents in 18,000 homes on 220,000 acres of exposed land under 4 feet.”

Because higher sea levels and stronger hurricanes mean bigger storm surges, it isn’t only those 33,000 residents whose homes are in danger. Climate central notes that if we consider land less than 8 feet above sea level in Georgia, then “$9.2 billion in property and 112,000 residents in 57,000 homes” are at risk.

Hmm. The amount of moisture that storms drop on Georgia is up 27% in 60 years. I wonder what could be causing that? You see, when the seas warm they put more water into the air above them, which then gets dumped on coasts, causing flooding.

If your anything increased 27% in 60 years, you’d be alarmed and try to figure out what is causing it and stop doing that. Your cholesterol level, your weight, your anything. But precipitation? Perdue is OK with his state becoming flood-prone.