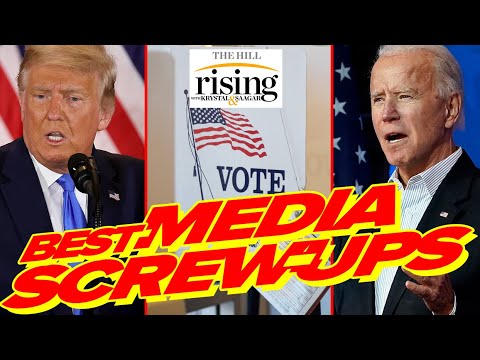 Southwest Harbor, Maine (Special to Informed Comment) – Once again Donald J Trump delivered another electoral surprise. It was not the re-election win he had been hoping for but it was a nail biting down to the wire event that far exceeded the pollsters and most pundits’ predictions. Nor was the president’s relative success confined only to his place on the ballot. One of the most important measures of this campaign is the drubbing Republicans inflicted all down the ballot. Democrats lost most of the Senate races thought to be in play, sustained further losses in state houses across the nation, and even lost seats in the U S House.

“Heading into the election, Democrats were counting on record-breaking fundraising and a vulnerable GOP to flip a number of state legislatures in a crucial Census year. That would have allowed Democrats to redraw unfavorable congressional and state legislative maps that would influence election results for the next decade. Instead, it’s the Republicans that will do just that after Democrats seem poised to miss nearly all their statehouse targets.”

President Biden will have to govern with a Republican Senate (barring a sweep of both Georgia Senate sweeps) and a narrow House majority.

The party faction that promised fellow Democrats a candidate who, though not exciting, had electability written all over him. Now as the limits of that lowest common denominator appeal has sunk in the centrist Democrats have doubled down on blaming the party’s progressive elements for the weak electoral showing. In an interview immediately following the declaration of Biden/Harris victory Senator Amy Klobuchar expressed the party’s regret that its message did not penetrate more deeply, especially to rural areas.

But the message itself was often vague and lacking enthusiasm From my perspective one of the most memorable moments of the campaign was Senator Harris assuring her virtual audience that she was no socialist and did not support Medicare For All. The Democratic campaign left it all too easy to be ridiculed for its lack of empathy for working class citizens. Nice to know that she and Joe were not radicals and not Trump, but who were they and how was an increasingly nervous electorate going to pay for food and the mortgage let alone health insurance premiums? Insert Pelosi refrigerator ad.

When more of the exit poll data comes in there will be ample time to do a more thorough post mortem on the Democrats’ performance. For now I will focus on another of the clear losers, the pollsters. Polling’s ability or inability to predict the outcome of contested races is a frequent subject of discussion. Less examined is the role that polling may play in shaping as well as describing political discourse and action.

During the election season the vast majority of polling focuses on the horse race. In addition to helping the reader or viewer handicap the race this coverage conveys either directly or by implication the guiding assumption that politics is primarily about choosing a leader. Mainstream polling focuses on the viability of a leader not on the significance or implications of his/her ideas.

Consider this typical CNN narrative: “Americans are getting closer to a conclusion in this cliffhanger election as races continue to tighten in Georgia, Arizona and Nevada.” At best emphasis on the horse race crowds out more complete examinations of issues and political ideologies. At worst the focus on the horse race encourages complete disregard of those not given a reasonable chance of winning.

In addition to picking winners many polls aim to provide a portrait of the concerns that drive the voters. Not surprisingly the 2020 exit polls have a question about Covid and the economy.

Which is more important?

Seemingly just a report on attitudes that are out there this question reflects a contestable assumption of some significance: that there is a necessary trade-off between containing the virus and promoting economic development. But what if this is a false dichotomy? If the virus rages are consumers likely to frequent restaurants and if they don’t wil wait staff and cooks have jobs? Healthy workers are also more productive. The language of this exit poll question should sound familiar because it invokes another media favorite, jobs versus environment Here too a Green economy would generate more and better jobs, but one would never know that from questions that encourage and solidify divisions where there need not be.

Which one of these five issues mattered most in deciding how you voted for president?

I find this question the most misleading and even destructive of all. I voted for president and every one was on my mind, in addition to climate change and sexual violence, which strangely are omitted. Besides problems with ranking these issues I also find it problematic that the issues are treated as distinct silos, each developing along its own path. Are we going to address racial inequality without reforming health care and crime and safety? The problem with silo thinking is not merely that it has almost certainly little predictive validity but that it also helps create or encourage a fragmented electorate.

I predict polling will survive this misadventure. The urge and financial incentive to predict elections, horses, and stock markets will always be with us. Nonetheless I hope more pollsters and their funders and users will acknowledge polls’ formative role and encourage more transparency and diversity in background, methodologies. and ideologies in the pollster community.

The Hill: “Our Favorite Media Screwups w/ Katie Halper: Pollsters Miss GOP Surge, Can They Ever Be Trusted?”