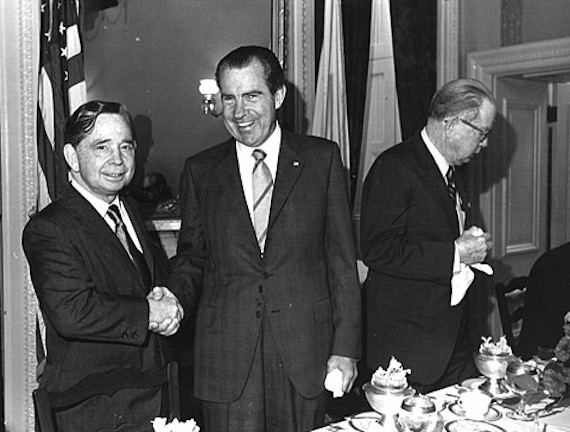 American author F. Scott Fitzgerald once wrote that “there are no second acts in American lives.”

Yet it’s already assumed Donald Trump will go on to a next act in one form or another.

Will he start his own media company? Serve as a GOP kingmaker?

There are even rumblings that he will decide to run again for president in 2024. Having served only one term, he is constitutionally eligible to try for another.

If he does decide to run again – and if he wins – he’ll be in rare company.

Only one American president has lost reelection and then won back his office: Grover Cleveland. In the American elections course that I teach, students learn details about the long-term political impacts of these comeback efforts, most of which are exercises in futility.

Cleveland, a Democrat, had been governor of New York for less than two years when his party nominated him for president in 1884. As governor, he had gained a reputation for fighting Tammany Hall corruption in New York City.

During the 1884 campaign, in which Cleveland ran against Republican James Blaine, a scandal erupted when a New York woman named Maria Halpin accused Cleveland of raping and impregnating her. She was eventually institutionalized and forced to give up her child for adoption. Cleveland disputed some of the details of the story, and his supporters countered jeers of “Ma, ma, where’s my pa?” with chants of “Gone to the White House, ha ha ha.”

Cleveland ended up winning the national popular vote by a slim margin – 48.85% to 48.28% – and won 219 electoral votes to Blaine’s 182. Cleveland’s base of support was in the South and in his home state of New York, while Blaine did well in the rest of the North. Voter turnout was high, estimated at 77.5% of the voting-age population.

When Cleveland ran for reelection in 1888, he faced off against Republican Benjamin Harrison. Cleveland again won the national popular vote by a tight margin, but lost two states – Indiana and New York – that he had won in 1884. It was enough to flip the Electoral College and allow Harrison to be elected president.

After losing the election, Cleveland returned to work as an attorney in New York. Under President Harrison, Congress approved the McKinley Tariff and the Sherman Silver Purchase Act, each of which were strongly opposed by Cleveland.

In 1891, after two years of avoiding the public spotlight, Cleveland again became politically active and started to vocally oppose the economic policies of Harrison. Cleveland attracted some national attention that year with a public letter indicating his continuing support for the gold standard.

As Cleveland met with party leaders and made some public speeches in 1892, national Democratic support for his presidential nomination began to grow. By the time the Democratic National Convention met in June that year, support for Cleveland had become overwhelming, and he secured the nomination.

With Populist Party candidate James B. Weaver on the ballot pulling votes from both major party presidential candidates, Cleveland won the national popular vote for the third straight election, this time besting Harrison by a 46% to 43% margin and winning the Electoral College.

While Cleveland has, thus far, been the only U.S. president to lose reelection and then come back and win, other presidents have tried and failed.

In 1840, Democratic President Martin Van Buren lost reelection. He attempted to be renominated by his party in 1844, but Democrats instead chose James Polk. By 1848, Van Buren joined with a group of disaffected Democrats and anti-slavery activists to become the nominee of the Free Soil Party, which opposed the extension of legal slavery to U.S. territories. While Van Buren won 10% of the national popular vote and finished second in New York, Massachusetts and Vermont, he won no Electoral College votes.

Van Buren is the only president other than Cleveland to be renominated by his party, lose reelection and then appear again on ballots as a presidential candidate.

Three other presidents also made attempted comebacks to regain the presidency after leaving office.

In 1852, President Millard Fillmore, who had ascended to the presidency after the death of Zachary Taylor, made a halfhearted attempt to win the Whig Party nomination for a full term. When he failed, he came back four years later as the presidential candidate of the American Party, better known as the “Know Nothings,” a political movement to restrict Catholic immigration to the United States. Fillmore won over 21% of the national popular vote, the second-best performance by a third-party presidential candidate in American history and won Maryland’s electoral votes.

The best performance by a third-party presidential candidate in American history was also by a former president, Theodore Roosevelt. In 1912, he ran for the Republican presidential nomination against his more conservative protege, President William Howard Taft. When Roosevelt failed to get his party’s nomination that year, he ran as the Progressive Party candidate.

After being shot at a campaign rally during the month before the election and surviving, Roosevelt got 27% of the national popular vote and 88 electoral votes, finishing far ahead of Taft in both vote tallies – but well behind the winner, Woodrow Wilson.

The last American president to lose reelection and attempt to run for president again was Herbert Hoover, who was unsuccessful in both 1936 and 1940 at persuading other Republicans to let him lead the party again after he lost in a landslide in 1932.

Richard Nixon made a different kind of political comeback.

He lost the presidential election of 1960 while serving as Dwight D. Eisenhower’s vice president and then went on to lose the 1962 California gubernatorial election.

After the two losses, Nixon famously told the press, “You won’t have Nixon to kick around anymore.” But the press did get another whack at Nixon when he ran for president a second time – and won – in 1968.

The last attempt at a political comeback by a defeated president was a very brief effort by Gerald Ford, who had lost reelection in 1976, to negotiate the possibility of being Ronald Reagan’s running mate during the 1980 Republican National Convention. The plan fell through, and Ford returned to private life.

Once out of office, most ex-presidents stay out of the spotlight and avoid criticizing their successor. Whether or not President Trump attempts a political comeback in 2024, it’s likely that he won’t stay mum over the next four years.

[Get our most insightful politics and election stories. Sign up for The Conversation’s Politics Weekly.]