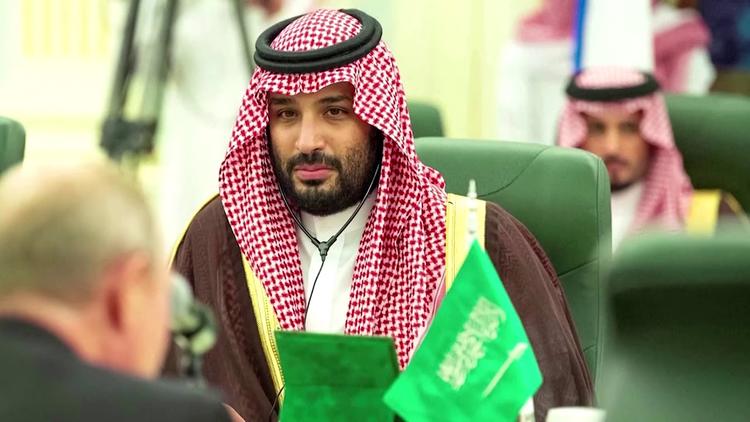 London (Special to Informed Comment) – World leaders rushed to congratulate US President-elect Joe Biden and his running mate Kamala Harris for their victory in a nail-bitingly tense election. Many Arab leaders including Abu Dhabi Crown Prince Mohammed bin Zayed, Egypt’s President Abdel Fattah al-Sisi, and figureheads in other countries such as Oman, Jordan, Lebanon and Iraq, were also quick to praise Biden’s victory.

Yet one who has so far remained silent is Saudi Arabia’s Crown Prince Mohammad bin Salman. This will come as no surprise to those who witnessed Biden’s scathing criticisms of MbS’ erratic and power-hungry rule during his campaigning. A Biden presidency could put much at stake for the young Crown Prince.

Though Saudi Arabia is a long-standing regional partner of the United States, and supplier of oil and key weapons client, Biden took a seemingly radical stance towards MbS. On the second anniversary of Washington Post columnist Jamal Khashoggi’s death at the Saudi consulate in Istanbul, who was killed in cold-blood by Saudi-regime hired thugs, Biden pledged to “reassess ties” with Saudi Arabia.

“Under a Biden-Harris administration, we will reassess our relationship with the Kingdom, end US support for Saudi Arabia’s war in Yemen, and make sure America does not check its values at the door to sell arms or buy oil,” promised Biden.

Biden also accused Saudi Arabia of murdering children in Yemen during a debate in November 2019, and then also vowed to halt weapons sales to Riyadh.

“There is very little social redeeming value in the present government in Saudi Arabia,” adding he would “make them pay the price and make them in fact the pariah that they are.”

This only boosted Biden’s presidential campaign and appealed to those understandably outraged at Washington’s undying support for Riyadh’s murderous campaign in Yemen, which has created an unfathomable humanitarian crisis.

It also distinguished him from his rival Donald Trump, who on the contrary boasted “I saved [MbS’] ass” from the US Congress’ scrutiny over Khashoggi’s killing, showing his own rogue and lawless in covering for MbS. Trump also vetoed several Senate bills to end US support for Riyadh’s war, of which MbS was the architect as then Saudi Minister of Defence in 2015.

Furthermore, it was under Trump’s auspices that MbS became Crown Prince and then consolidated power in an arbitrary “anti-corruption” crackdown on other Saudi royal family members, including putting his own mother under house arrest. MbS also swayed the Trump administration through lobbying and courting of Trump and his son-in-law and Middle East advisor Jared Kushner.

Moreover, though Biden’s position on Iran is still ambiguous, and may or may not deliver positive changes, Riyadh may fear he could be closer to Obama’s more lenient stance on its regional rival Tehran, and reverse Trump’s “maximum pressure” campaign, which placed Iran’s clerical regime as a ‘common enemy’ of both the US and Saudi Arabia.

By taking an opposite view of Trump, Biden therefore put himself in good stead. Now observers will be anticipating him following through on his tough promises.

Yet many would have wondered: was Biden serious in his pledges or was it merely party politics? This would not be an unreasonable question to ask, as it was the Obama administration, under which Biden was Vice President, that first supported Saudi Arabia’s war on Yemen in March 2015.

It is also crucial to remember that Trump also took a seemingly critical approach of Saudi Arabia during his campaigning prior to winning in 2016. For instance, he warned Saudi billionaire Prince Al Waleed bin Talal that he “can’t [control our U.S. politicians with daddy’s money] when I get elected,” yet this posturing shifted as he became president.

Given Biden’s apparent change of approach, it is plausible that he seeks to appease the Senate’s pressure. This means that he is someone that could work with more reasonable policies more.

Many believe that Biden while will probably continue to uphold many of the US’ detrimental policies at home and abroad, such as a likely refusal to end support for Israel’s occupation of Palestine, his victory is a relief in that it has ended Trumpism, at least for now, and could enable more common-sense policies to emerge.

Biden may not push through with hard changes at his own accord, as it was the work of the US Senate and Congress, along with tireless efforts of inspiring activists, which raised the debate over ending US involvement in Yemen’s war. Yet as he sought to appease such voices, he will clearly be more accountable to them and easier to work with on issues like Yemen and support for MbS’ brutality.

Whether he makes some small changes to Saudi support for the war in Yemen or goes hard with his promises and withdraws a large amount of support, remains to be seen, however.

Even if changes to US and Saudi ties are minimal, the Crown Prince himself could still lose big from a Biden presidency. On the surface, it may seem that he has all but secured power, and he is the de facto ruler despite not yet securing the Saudi throne, though he has responded with harsh repression out of paranoia over potential challenges to his regime.

The removal of Trump’s protective hand for MbS could leave him more vulnerable to the wrath of Saudi domestic opponents to his rule, particularly within the royal family. Such challenges could certainly grow, particularly should criticism increase towards the regime’s handling of the coronavirus pandemic, among other issues. Only time will tell how much MbS’ fragile rule can last without Trump.