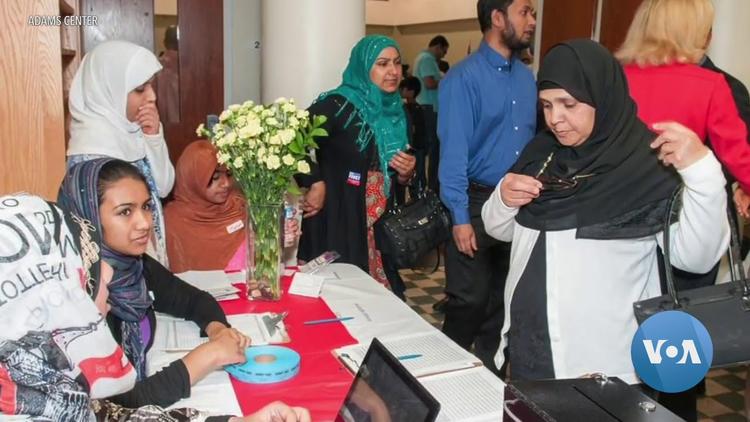 Ann Arbor (Informed Comment) – Trump notoriously said “I think Islam hates us,” and slapped a Muslim visa ban on a number of countries, which he later expanded. The ban cut families off from loved ones in Yemen, Iran, Libya, Somalia, Syria.

Joe Biden pledged to end the ban on “Day one” of his presidency.

Trump’s travel ban deeply wounded American lives. Grandparents could not come over for weddings, grandchildren could not see a seriously ill loved one. The supposed rationale was that people from those countries were dangerous to US security. But Apple’s Steve Jobs was the son of a Syrian immigrant, and Iranian-American entrepreneur Dara Khosrowshahi is the CEO of Uber. Trump just wanted to find a legal way of excluding Muslims, which contravenes the First Amendment. So Rudy Giuliani, when he was still half-lucid, admitted he told Trump to associate the Muslim visa ban with “danger.” The countries excluded were often in turmoil, though some of the turmoil was because, you know, of American interventions. Others, like Iran, were not tumultuous in the least. It was just religious prejudice dressed up as immigration policy.

Trump is also a notorious bigot against people of color. Former employees have revealed that decades ago when he used to come out to inspect his casinos, strict instructions were given that he should see no Black people. Nick Paumgarten at the New Yorker reported of an African-American, Kip Brown:

‘Brown also used to work in the casinos, at the Showboat, bussing tables, and at Trump’s Castle, stripping and waxing floors. “When Donald and Ivana came to the casino, the bosses would order all the black people off the floor,” he said. “It was the eighties, I was a teen-ager, but I remember it: they put us all in the back.” ‘

What a delicious irony it is, then, that Joe Biden maintained the Blue Wall of Pennsylvania, Michigan and Wisconsin with the crucial help of the Muslim-American and African-American votes.

CNN exit polls found that 91% of Biden voters in Michigan listed racial inequality as their main issue. That concern was topped only by the pandemic.

Trump has investments in Istanbul and was considering the United Arab Emirates, and he performed the Sword Dance with Saudis, and his white supremacist posturing was just intended to get him the latent white supremacist vote. Trump’s flawed political genius was to recognize that the latter was much more huge than the rest of the Republican Party realized. Some GOP figures had used dog whistles pretty extensively to add the white nationalists to their constituencies, but at least after the national mood changed with the victory of the Civil Rights movement, they mostly did not dare be explicit. Trump tested whether you could win by openly playing to the white nationalists

Elisse Ramey of ABC 12 reports that Biden won Michigan by 150,000 votes. He is estimated to have gotten at least 81,000 early and absentee votes from Muslims in southeast Michigan (many of them live in Dearborn). The total Muslim vote in the state isn’t known. Muslim American volunteers manned the phones and got out the vote in unprecedented numbers.

A poll by the Council on American Islamic Relations indicated that 71% of Muslim Americans planned to vote for Biden. There are roughly 3.5 million Muslim Americans, about 1% of the population. They predominate, however, in the swing states. Given that Michigan is often split 50/50 between Democrats and Republicans, Muslim Americans have sometimes been a crucial swing state.

About a fifth of Muslim Americans are from Black American convert families. In Michigan, Hamtramck has a big Bangladeshi population, from South Asia. A substantial group are the Arab Americans, who have congregated in Dearborn, MI. Not all Arab-Americans, however, are Muslims. There are an estimated 400,000 Arab Americans in southeast Michigan, but the state’s Muslim population is estimated at roughly 275,000. Michigan has slightly less than 10 million residents.

Muslim Americans make up 15% of Michigan’s physicians, 10 percent of pharmacists (both front line workers during the pandemic) and their consumer spending in the state amounts to $5.5 billion. They give generously to charity. As Michael Jackman observed, they are the opposite of Trump’s image of them, being warm, munificent and disproportionately in the helping professions.

As for Michigan’s African-Americans, Wayne County, where they are 42%, saw a 10 percent surge in voter turnout between 2016 and 2020. African-American activists played a key role in getting the vote out. Detroit Action “His group contacted 20,000 first-time voters and made 1.2 million calls across the state” according to Emily Lawler and Malachi Barrett of Mlive. Biden and Kamala Harris made numerous campaign stops in Detroit, even till the end of the campaign, stressing how important it was to them. African-American turnout was energized by the string of police brutality cases in 2020 that roiled the nation, and which inflicted deep wounds on the psyches of minorities.

In the end, Trump bet that you could win with a largely white constituency. But the country’s demographics are rapidly changing. Non-Hispanic whites are now only 61% of the US population, and no, Donald, they aren’t all bigots. In fact, urban and suburban whites swung big to Biden-Harris. Some 80% of married white Protestant women used to reliably vote Republican. Trump whittled it down to 51% with his misogyny. In the past 25 years evangelicals have plummeted from about a quarter of the population to only 17%. Trump never bothered to expand his base beyond the white nationalists and the hard core Republicans. They just aren’t a majority, and will be less of one in 2024. Trump is the past, not the future.

VOA News from just before the election: “Huge Voter Turnout Expected in US Muslim Communities for Presidential Election”