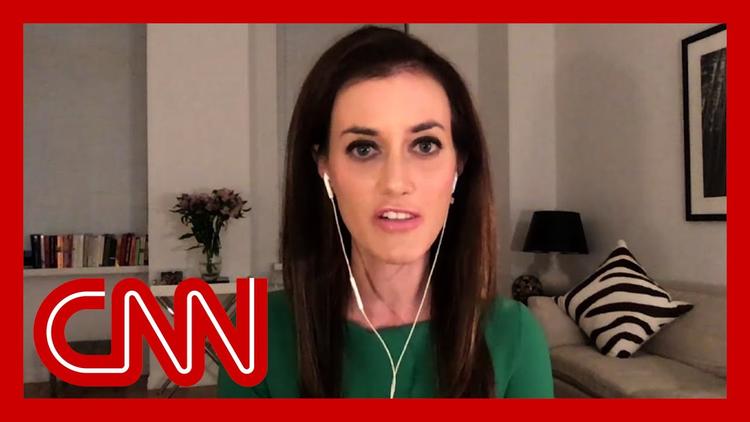 Ann Arbor (Informed Comment) – Iran has no nuclear weapons, and no nuclear weapons program using diverted enriched uranium. It has a civilian nuclear enrichment program. Argentina, Brazil, Iran, Japan, the Netherlands and South Korea all have enriched uranium, and all of them have forsworn building nuclear bombs. Argentina, Brazil and Iran have in the distant past had weapons programs, but all three mothballed them.

Even though they don’t have a nuclear weapons program, some of these countries nevertheless do scientific work toward the ability to have a weapons program if they feel a dire threat. This ability to make an atomic bomb without actually constructing one is called “nuclear latency,” or, colloquially, the “Japan option.” Llewelyn Hughes concluded that “the door to independent nuclearization remains ajar, even if no one is leading Japan through it.” Former NSA staffer and Columbia University political scientist Gary Sick says he was told privately that Japan “could do it, sort of, over a long weekend.” Japan is a nuclear threshold state.

Actually constructing and detonating a bomb has drawbacks. Japan’s voters view nuclear weapons dimly, for understandable reasons, and act as a brake on any ambitious politicians. Pakistan lost US aid in 1998 when it detonated a nuclear device. North Korea is under severe international sanctions.

Still, having nuclear latency does probably produce a deterrence effect. Rivals and foes are less likely to go toe to toe with you if they know pushing you too far could cause you to leap into action and make a nuke in short order.

George W. Bush announced his intention to invade Iraq in September, 2002, and the US invaded in late March, 2003. If Iraq had actually been a threshold state of the sort Bush accused it of being, Baghdad could have forestalled the invasion by making and detonating a bomb. In fact, it is only countries that do not have a nuclear weapon or any foreseeable prospect of one that can be treated they way Iraq was.

I have long argued that Iran’s establishment is split. Ayatollah Ali Khamenei, the country’s “August Leader,” has given many fatwas or binding, considered legal judgments, orally and in writing, against “building, stocking or deploying nuclear weapons.” He is a Muslim jurist, and the medieval Muslim law of war forbids killing innocent noncombatants in war. In one fatwa, Khamenei said,

“The Iranian nation has never pursued and will never pursue nuclear weapons. There is no doubt that the decision makers in the countries opposing us know well that Iran is not after nuclear weapons because the Islamic Republic, logically, religiously and theoretically, considers the possession of nuclear weapons a grave sin and believes the proliferation of such weapons is senseless, destructive and dangerous.”

And no, this is not a pious lie.

On the other hand, there are officers in the Iranian Republican Guards Corps and scientists like Mohsen Fakhrizadeh, slain on Friday probably by Israeli intelligence, who would like to see Iran develop a nuclear weapon.

Iran’s Japan option or nuclear latency is the compromise policy that keeps both happy. Thus, Fakhrizadeh was allowed to do some experiments that might ultimately have weapons implications if Iran decided to go in that direction. He wasn’t allowed, however, to play with the nuclear material produced by Iran’s enrichment program. Iran does not have a nuclear weapons program per se, which would involve producing high-enriched uranium with the aim of making a bomb, i.e. enriching to 95% U-235. Iran has never enriched beyond low-enriched uranium, 19.5% U-235, which is the level needed to fuel its medical reactor.

For the sake of nuclear non-proliferation, threshold countries such as Japan and Iran should be left alone. Rattling sabers at them and existentially threatening them, which is illegal anyway according to the United Nations Charter, would risk tipping them over into actively pursuing a nuclear weapon.

It is possible that Israel and Saudi Arabia genuinely believe that Iran will eventually cross the threshold and become a nuclear-armed state. But since they both have a US nuclear umbrella, and Israel has dozens of its own nuclear weapons, that isn’t their main concern.

They do not want Iran to have nuclear latency precisely because it makes the Tehran regime feel secure, and allows it to play geopolitics in the Middle East in ways that thwart Israeli and Saudi security objectives. Israel would really like to destroy Lebanon’s Hezbollah party-militia, which interferes with Israeli projection of power in Lebanon and Syria. As long as Iran is a big important country of 81 million people with sophisticated technology and a nuclear enrichment program, it is unlikely that Iran can be deterred from supporting Hezbollah. Worse, if large numbers of Israelis became convinced that Israel is insecure, they might well emigrate to Europe and the United States. For the purpose of demographic geopolitics, it is important to Israeli leaders that Iran not be ten feet tall.

Likewise, Saudi Arabia has attempted to use its wealth to project power in Bahrain (which it invaded in 2012), Syria (where it backed the Jaysh al-Islam terrorist group, which was al-Qaeda-adjacent), and Yemen, not to mention Lebanon (whose prime minister crown prince Mohammed Bin Salman actually kidnapped). Iran has blocked this attempted Saudi expansion of its spheres of influence. Riyadh, like Tel Aviv wants Iran weak and supine and without any looming nuclear latency.

President Barack Obama had the right approach to Iran’s nuclear latency. Iran’s civilian nuclear enrichment program cannot be dismantled short of invading and occupying the country, which is not a cost the US is willing, or ought to be willing, to bear. The nuclear deal or Joint Comprehensive Plan of Action (JCPOA) closed off all four of Iran’s paths to constructing a nuclear weapon in any relevant time frame, and so much weakened its nuclear latency. But at the same time it rewarded Iran for this concession by removing all sanctions and inviting Iran economically into the world economy. We want Iran to be more like Japan than like North Korea (hint: Pyongyang now has a nuclear weapon).

As for hypocrisy, the Union of Concerned Scientists writes of the US nuclear weapons stockpile,

“the US arsenal contained some 3,800 nuclear weapons, 1,750 of which are deployed and ready to be delivered. Their destructive capabilities range widely: the most powerful weapon—the “B83”—is more than 80 times more powerful than the bomb dropped on Hiroshima.”

“The country’s weapons are deployed in submarines and in 80-foot-deep missile silos across the western United States. Others are stored at air force bases, where they can be loaded on long-range bombers. Some 150 US bombs are deployed at airbases in five European countries.”

The Center for Arms Control and Non-Proliferation writes of Israel,

“Israel is widely believed to possess 90 plutonium-based nuclear warheads and to have produced enough plutonium for 100-200 weapons. While a stockpile of this size constitutes a credible minimal deterrent, the lack of an explosive testing program might create concerns about effectiveness.”

“First, it is widely believed that the plutonium for Israel’s nuclear weapons program was produced at the Negev Nuclear Research Center near the city of Dimona. Natural uranium fuel may have been irradiated in a heavy-water-moderated reactor. Then, the plutonium could be chemically separated in a reprocessing plant that is believed to be co-located at Negev. It is believed that the Dimona was built with French assistance in the 1960s…”

“Second, there is unconfirmed reporting over the diversion to Israel of 300 kilograms of weapons-grade uranium from a U.S. naval propulsion reactor fuel fabrication plant in the late 1960s.”

So not only has Israel never been sanctioned for actually building nuclear bombs, but the French and American governments are implicated in its ability to do so. Israel was actively encouraged to do what Iran is being threatened for doing.

And all that, friends, is why the whole world will be much better off if the Biden administration can reinstitute the JCPOA and if Israeli and Saudi power games can be curbed. Trump made a huge mistake in breaching the treaty and trying to destroy it in May of 2018. As for Iran’s power games, if they were integrated into the world economy and depended on it for export markets, they’d be more vulnerable to pressure to behave themselves.

Israel’s nuclear weapons are what provoked the arms race in the Middle East, and Israeli leaders have actually brandished them against other countries, as in 2003, when the Israeli government warned Saddam Hussein not to attack it as part of his response to the US invasion. The US government accused Iraq of being the one near to having nuclear weapons, when Iraq had no active nuclear enrichment program at all.