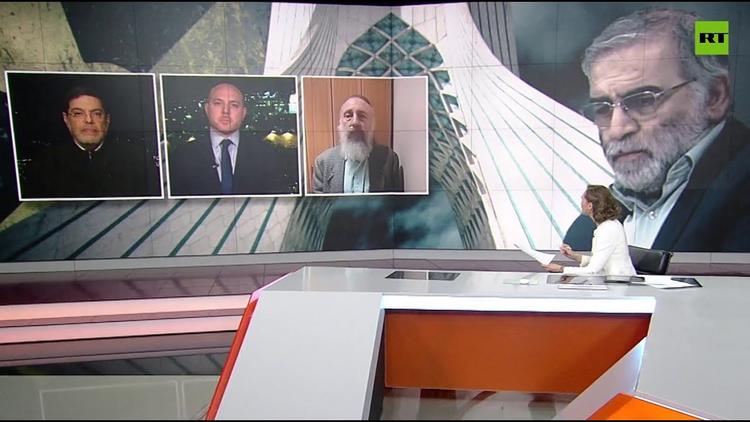 The single main story of the year has without a doubt been the coronavirus pandemic which has thus far claimed over 1.5 million lives around the world amid encouraging news about vaccine development. However it is now easy to forget that before this story became a near permanent fixture of daily international news, the year kicked off with a major escalation in the decades-long hostilities between the US and Iran with the assassination on 3 January at Baghdad International Airport of Iran’s Islamic Revolutionary Guards Corps’ (IRGC) Quds Force head, Major General Qassem Soleimani.

The drone strike which also killed the deputy head of Iraq’s Popular Mobilisation Forces (PMF), Abu Mahdi Al-Muhandis, was approved by President Donald Trump over alleged imminent threats to the US and its allies. Threats which later were both scrutinised and downplayed by White House and Pentagon officials. By then, Tehran had vowed a “hard revenge” and within days there was an initial response by the IRGC involving ballistic missile strikes on a couple of bases in Iraq hosting US forces, which left over 100 service members with traumatic brain injuries.

The strikes although audacious were largely a face-saving tactic and the animosity between the two countries resumed along their usual political lines, especially over regional issues on which they oppose each other following a gradual military de-escalation and a relative security reassurance for the region. Nevertheless Iranian officials have repeatedly vowed that the Islamic Republic would definitely reciprocate the assassination of Soleimani, chief among them the IRGC’s commander, Major General Hossein Salami. Rarely one to rush into large-scale military blunders, Iran has many years of statecraft experience and tends to take strategic and calculated actions over the long term, which has so far served its interests well in its foreign and regional policy.

As previously mentioned, any further repercussions or potential fallout due to the targeted killings took a backseat as the pandemic rapidly garnered the world’s attention, while pre-existing regional conflicts continued unabated. This is of course until the 27 November when Iran’s lead nuclear scientist Mohsen Fakhrizadeh was assassinated in a shooting close to Tehran, according to Iranian media by an AI and “satellite-controlled” gun, with accusations levied at Israel and to a lesser extent Saudi Arabia.

Following both killings, there were heightened concerns of the spectre of war being raised, even on social media, posts related to “World War 3” were trending. Compared to the static silence from Gulf leaders following Soleimani’s killing, this time round all the Gulf states voiced either their condemnation or condolences following the latest covert attack against Iran, with the notable exception of Saudi Arabia.

Nevertheless Iran has credible cause for its allegations rather than resorting to cliché scapegoating which many regional states tend to do in the event of adverse incidents. Two years ago, Israel reportedly attempted to assassinate Fakhrizadeh who had been on Tel Aviv’s hit list of targets.

The week before the assassination, US Secretary of State and former head of the CIA, Mike Pompeo, had visited Israel and the occupied West Bank before making a tour of Gulf states including Saudi Arabia- where according to Israeli sources, he was joined by Israeli Prime Minister Benjamin Netanyahu in a “secret meeting” with Crown Prince Mohammed Bin Salman. As noted by Iranian Foreign Ministry spokesperson Saeed Khatibzadeh: “We saw [US Secretary of State Mike] Pompeo made a hasty and urgent trip to the region. It is clear why this bankrupt secretary of state of the Trump administration is so anxious and doing things so hurriedly. This anxiety and rush is aimed at fending off a major historic defeat, or probably the biggest historic defeat that the US regime could have ever suffered.”

If it was true that there was US backing of the attack, which is very likely, then it would appear as a last-ditch effort by the out-going Trump administration to either bait Iran into war as it did at the start of the year, but also to burn bridges so as to make diplomacy that much harder for the incoming Democrat administration under Joe Biden. The former Vice President, alongside President Barack Obama, had been part of the Joint Comprehensive Plan of Action (JCPOA) – the nuclear deal which has effectively been killed off thanks to further US sanctions and Iran’s plans to further its nuclear enrichment. Any future potential talks with a Biden administration and Tehran would be on Iranian terms, if they are to even be entertained at all.

Trump, who has still yet to officially concede defeat in the presidential elections, is said to have explored options in attacking Iran, especially as the first anniversary of Soleimani’s assassination approaches falling a few weeks before Inauguration Day. If there is one thing that many among the American public and right-wing media rally around a president for – it is war. The same applies to Israel which appears to be heading for its fourth election in under two years.

Even one of Trump’s recently appointed officials, Douglas Macgregor a top adviser to the new acting defence secretary explained last year that the neocons and “pro-Israel” donors are pushing for war with Iran and that the US was being “dragged in” because of its close ties with Israel. This, of course, pre-dates Trump and even Obama’s tenure in office. Former President George W. Bush, who labelled Iran as being part of an “Axis of Evil”, had surrounded himself by neocon warhawks.

The question remains as to who ultimately benefits from the latest attack on Iran, clearly it is the Islamic Republic’s closest and most rivalrous neighbours, Israel and certain Gulf states. Crucially how will Iran respond going forward? According to Seyed Mohammad Marandi, a professor of English Literature and Orientalism at the University of Tehran, an Iranian retaliation is “inevitable” as its enemies have carried out an act of war. Furthermore, just as Soleimani’s killing had no impact on the continuation of Iranian overseas activities in support of its allies, likewise Fakhrizadeh’s death will not be a major set-back to Iran’s nuclear ambitions. In both cases, the projection and support of overseas Iranian military and irregular warfare operations did not rest or rely on a single person and neither does the nuclear programme.

Both Israel and the US are weary and bracing for an Iranian response of sorts – the US military is on heightened alert and being extra vigilant over its interests in the Middle East, particularly in Iraq where the Pentagon is watching “troubling indicators of potential attack preparations”. Israel’s security agencies for their part are also concerned about the recent influx of its nationals arriving in the UAE and Bahrain following normalisation between the countries. Iran has long-established links and intelligence experience in both countries.

This in what has already been a very turbulent and bleak year not only with the global pandemic, but with the re-emergence of small state-to-state conflicts and skirmishes particularly towards the latter part of the year. The region and the world can rest assured though that Iran won’t be baited into all-out war any time soon despite the latest provocation as the year draws to a close although I am sure we will all come to know when this inevitable strategic Iranian response does materialise as in-action is not a viable sustainable option for Iran’s state security.

Ahmed Omar has an MSc International Security and Global Governance from Birkbeck, University of London. He has travelled throughout the Middle East, including studying Arabic in Egypt as part of his undergraduate degree. His interests include the politics, history and religion of the MENA region.

Al Jazeera English: “How will US president-elect Biden deal with Iran? | Inside Story