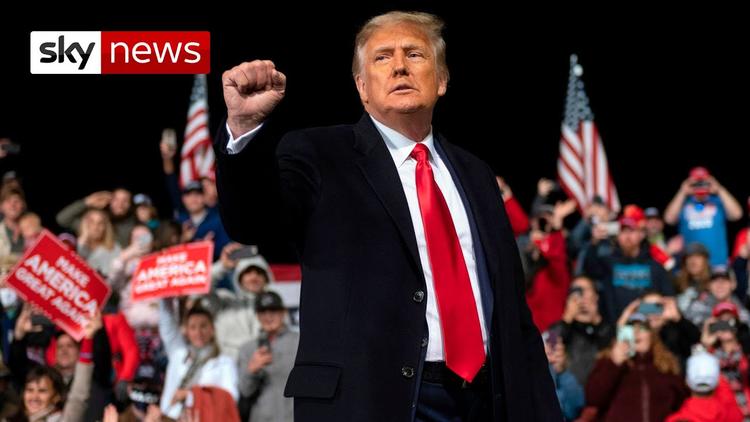 The prophet Jeremiah records in excruciating detail the catastrophic events leading to the destruction of Jerusalem by Nebuchadnezzar in 587 BCE.

The people of Jerusalem disregarded Jeremiah’s advice and threw him into a well, threatening even to kill him because his doom-saying weakened morale in the besieged city. Yet, it is Jeremiah’s oracles that the Bible preserves because he was correct: the city was violently destroyed and most of the Judeans either died or were exiled to Babylonia, leaving only a remnant of peasants behind to work the land. This brought the biblical kingdom of Judah to an end.

History teaches that messianic hopes lead to poor outcomes for the societies that embrace them. Yet, they continue to surface — even today, with the elevation of Donald Trump by some to messiah-like status.

The Babylonian conquest is just one example of false hopes for divine intercession leading to ill-fated rebellion and catastrophic defeat. In the year 70 CE, Jerusalem again found itself besieged by a regional superpower demanding political submission.

Josephus, a Jewish historian who survived the war, writes an eye-witness account of the events that led to the second cataclysmic destruction of Jerusalem. He reports that, leading to the Jewish revolt in 66 CE, numerous bandits fomented rebellion against Rome in ways that suggest they had messianic pretensions: one false prophet gathered mobs in the wilderness and led them to the Mount of Olives, promising to breach the city walls.

More poignantly, Josephus narrates the final hours of the Jerusalem temple before it was burned to the ground, when thousands of common people, including women and children, gathered in the temple cloisters because a prophet had predicted that God would deliver them from there. In language choked with emotion, Josephus describes the foolish waste of life that day due to false hopes in divine intercession.

Sixty-five years later, another disastrous rebellion against Rome culminated in brutal conquest, death and slavery for hundreds of thousands of Judeans — leading to the disintegration of Jewish society in Judea for over a century. This failed revolt by a man with messianic pretensions, dubbed “Son-of-a-Star” (Bar Kokhba), resulted in political domination by foreign rulers and the dispersion of the Judean population into foreign lands until the modern era.

Christian messianism has an equally long track record of failed apocalyptic predictions and false prophecies, appearing already in the New Testament: the Gospel of Mark 9:1 and Paul’s first letter to the Corinthians 7:29-31 both anticipate that Jesus will return within their lifetimes to establish the kingdom of God.

The failure of this event and efforts to justify and explain it ultimately led to the founding of a new religion: Christianity.

Most recently, messianic expectations have attached to the figure of Trump, whom a large proportion of white evangelicals herald as a political saviour. Many of them draw a link between Isaiah 45, which describes the Persian king Cyrus the Great as God’s anointed, and the fact that Trump is the 45th president of the United States; this numerical coincidence is viewed as evidence for divine providence.

Even Trump’s moral failings have been assimilated to his messianic identity: Jerry Falwell Jr. compares Trump to King David, who committed adultery, hired a hitman and repented to God following the death of his son who was conceived through this illicit sexual union.

If evangelicals regard Trump as their saviour and the one who will rectify the moral and political imbalance they perceive is afflicting American society, the QAnon movement has taken this doctrine of salvation to the next level: Exploiting human emotion and concern for children, the movement posits a global child sex-trafficking ring run by high level Democrats and the Hollywood elite.

QAnon followers believe that this criminal network controls the U.S. government — menacingly labelled “the Deep State” — and operates with impunity across the globe.

Their conspiratorial mythology centres on Trump, who is acclaimed as the tireless leader, fighting to destroy this evil cabal. QAnon believers anticipate an imminent revelation of the truth, referred to as the Great Awakening, and predict an impending apocalypse cryptically referred to as “the Show.”

Trump’s claims to be the “chosen one” and his frequent references to the Deep State explicitly fuel messianic speculation centred on his presidency.

Trump’s relentless (albeit futile) attempts to overturn the results of the 2020 U.S. election through unsubstantiated claims that mail-in voting was riddled with fraud exploits the credulity and undying faith of his supporters; they overwhelmingly accept his narrative and have taken to the streets to support his cause.

Trumpism has all the hallmarks of previous messianic movements: in subordinating reality to mythology, they failed and in the process destroyed the societies they aspired to save.