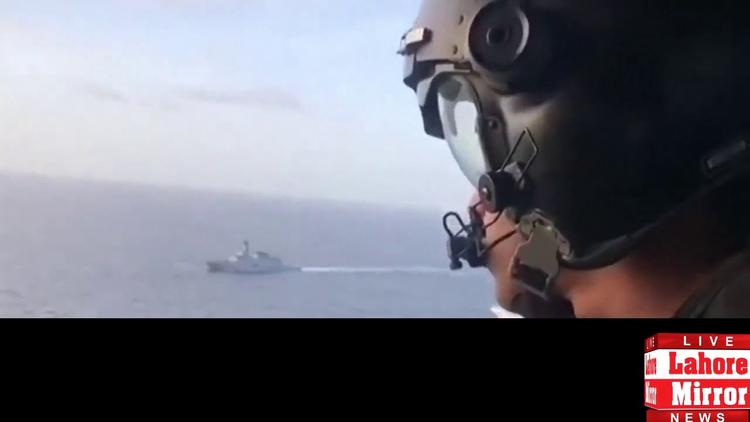 Ann Arbor (Informed Comment) – Bloomberg reports that a flotilla of ten Iranian vessels is heading for Venezuela. They have turned off their shipboard Automatic Identification System, or AIS, so that US signals intelligence cannot find them easily. The ships typically go around the Cape of Good Hope and then head northwest to Caracas.

Will the militant Trump administration attempt to board these vessels and steal their oil, to provoke Iran again and interfere with the Biden team’s plan to restore the 2015 nuclear deal?

The Trump administration seized four Iranian oil tankers in the Caribbean in August and sold off the oil, despite these actions being illegal in the international law of the sea. Bill Barr’s Department of Justice got $40 million for their act of piracy. The tankers’ owners, based in Oman, the UK and the UAE, have sued over the seizure. Barr responded by sanctioning two of them.

Although the Bloomberg reporters blame Venezuela’s need for these imports solely on the administration of Nicolas Maduro, this is somewhat unfair. No doubt Maduro is authoritarian and a poor administrator of affairs, and bears some of the blame.

The fact is, however, that crude petroleum is fairly useless. It has to be refined into gasoline or diesel in order to be useful in burning for fuel in vehicles (the most common way it is consumed). Moreover, heavy or “sour” crude with high amounts of sulfur needs special refineries and requires the use of natural gas concentrates as diluents. Venezuela used to ship sour crude to the US for refining, but can no longer do so because of Trump sanctions. The South American oil giant has its own refineries, as well, but Venezuela does not have its own natural gas, and it used to import the natgas concentrates from — guess who? — the United States. No more.

Guess who has massive fields of natural gas and who can thus easily make natural gas concentrates for the Venezuelan refineries? You guessed it: Iran. Plus Iran can just export gasoline that it has already refined to Venezuela, given that the country will need time to build more local refineries before it can ramp back up its gasoline production in light of the US embargo.

Iran is also apparently offering to transport Venezuelan crude in its ships to be refined abroad (possibly China).

Since August Iranian ships have managed to make it to Venezuela without being pirated by the Trump administration, by keeping their transponders off. But each of these export journeys is now an adventure, since Trump seems to have seen that Tom Hanks movie about the Somali pirates and decided he wants the US to play Somali pirate in the Caribbean.

The odious Elliott Abrams, warmonger-in-chief and old-time supporter of nun-killing right wing death squads in Central America, is now in charge of Iran and Venezuela for Trump and is warning propagandistically against Iran sending missiles to Venezuela (for which there is no evidence at all). Abrams is a known liar who was convicted of lying to Congress. Having these people in power for another month and a half is like walking on grenades.