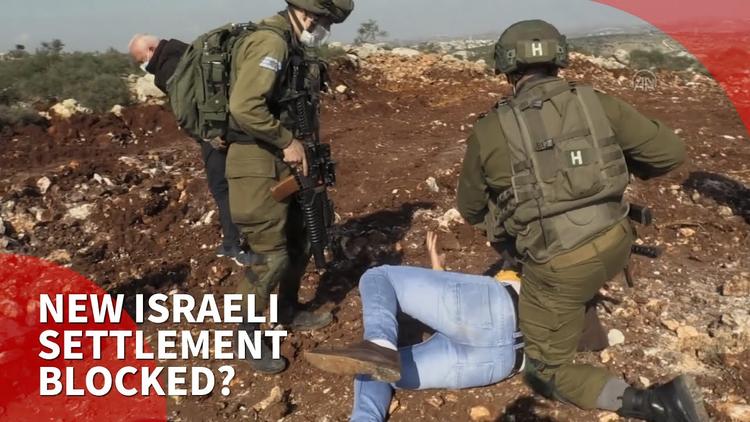 ( Middle East Monitor ) – If we were to listen only to the international community’s rhetoric about the impending Israeli annexation of Palestinian territory, the impression would be that the plans are more obsolete than the two-state compromise. It is impossible to forget how, at the first inkling of Arab leaders’ capitulation to Israel in terms of normalising relations, notably the United Arab Emirates, the international community treated the postponement of the annexation plan as its demise.

However, while the formalisation of Israel’s colonial expansion has been delayed — not abandoned, as even US officials ventured forth to clarify — the Zionist state approved additional illegal settlement and infrastructure plans. With the certainty that Arab leaders have assimilated to Israel’s claims that the Palestinian question is irrelevant, and the international community has availed itself of a lull in diplomatic condemnations owing to the normalisation of relations, the Israelis have ample time to implement the annexation plans on their own terns. They are thus, quite literally, preparing the groundwork.

A recent report by the Israeli NGO Breaking the Silence, titled “Highway to Annexation: Israeli Road and Transportation Infrastructure Development in the West Bank“, provides details of the earlier planning in the 1970s and 1980s to link settlements to what Israel had already established as its colonial state. “The road is the factor that motivates settlement in areas where settlement is important, and its advancement will lead to development and demand,” explains the Master Plan.

Roads were not only used to advance the settlement enterprise but also to prevent Palestinians from building their villages, thus enabling settlement contiguity. Moreover, the infrastructure planned by Israel also gave rise to segregation and the foundations of an apartheid colonial entity in Palestine. The report states that an increase in the Israeli settler population can also be attributed to the segregated infrastructure, and it is the same infrastructure that has emboldened Israel’s settler lobby to press for annexation.

While the US-Israeli scheming, in particular the so-called “deal of the century”, popularised annexation in terms of US President Donald Trump’s series of ongoing concessions to Israel, the “sovereignty through transportation” policy planned by Israel illustrates the de-facto annexation towards which Israel is now moving. The plan is to link Jerusalem with colonial settlements in the occupied West Bank.

A recent news brief by Wafa said that Israel has approved the construction of 8,300 new settlement structures on appropriated Palestinian land. Israel, the report points out, “aims to create a large settlement belt around Jerusalem by constructing new settlement roads and streets aimed at preventing an expansion or geographical contact of the people of Jerusalem from the south as part of the so-called ‘Jerusalem Envelope Belt’.” Greater Jerusalem is thus feeding in to “Greater Israel”.

De-facto annexation aggravates the problems already encountered by Palestinians in terms of getting residential building permits. Available land is being swiftly colonised for settlement projects, which makes annexation not only inevitable, but the normalised next step. Is this what the Palestinian Authority has signed up for in its haste to get into US President-elect Joe Biden’s good books? This is worth some degree of reflection the next time that the PA has the audacity to speak out against annexation even while using political tactics in support of disappearing Palestine.