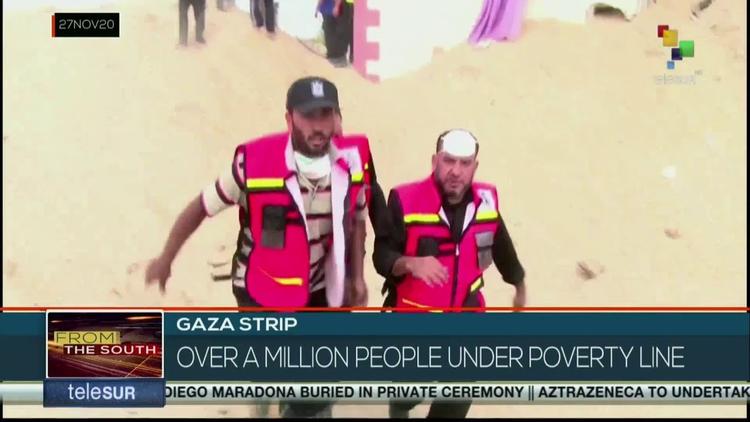 ( Middle East Monitor ) – A new report on the Gaza Strip by a United Nations (UN) agency makes for sobering reading.

The UN Conference on Trade and Development (UNCTAD) reports that the economic cost to Gaza of the Israeli siege since 2007, along with a series of major military assaults, amounts to no less than $16.7 billion.

The siege began as a way to punish the Palestinians for refusing to vote for Israel’s preferred candidates in the 2006 Palestinian Authority (PA) elections.

Palestine’s Islamic Resistance Movement Hamas won those elections decisively. But they sought compromise: a unity government with other factions. But Fatah – which had dominated the PA up until that point – rejected this overture.

Instead, factions of Fatah led by brutal Gaza warlord Mohammed Dahlan launched a coup attempt, which was backed to the hilt by the CIA with the approval of the Israelis. George W. Bush even called Dahlan “our guy”.

But Hamas – the freely-elected government of the PA – saw the coup coming and nipped it in the bud in Gaza. Dahlan and his troops were expelled from the strip, where almost all of Hamas’s military strength was based.

But the Fatah-US-Israeli coup did succeed in the West Bank. The PA has held no elections since, and the elected term of its leader Mahmoud Abbas as president expired many years ago. Polling indicates he is deeply unpopular among Palestinians, who want him to step down.

Today, having bitterly fallen out with Abbas over corruption charges, Dahlan lives in exile in the United Arab Emirates (UAE). He is bankrolled by both Egypt’s military coup regime and by Abu Dhabi’s Crown Prince Mohammed Bin Zayed – to whom he acts as key advisor.

These US-allied regional dictators would love to see Dahlan swoop in and take over the PA from Abbas when he dies (the ageing leader is 85-years-old and has no obvious successor). His record of torture against Hamas and other Palestinian resistance factions means that he could be a useful ally to them.

And of course, the Israelis would also love him, for much the same reasons. Dahlan has reportedly been a major influence on the UAE’s recent decision to fully normalise ties with Israel. He has also been involved in covert assassination operations in Yemen, reportedly having hired Israeli mercenaries to carry out this plot.

While the politics interminably rage on, Gaza’s people continue to suffer.

After Hamas won the elections in 2006, Israeli planners made a cold, calculated decision to keep Palestinian civilians perpetually on the brink of starvation – “to put the Palestinians on a diet,” in the notorious words of one advisor to Israel’s prime minister at the time.

This was how it started. It is Israel’s “calorie counting” siege on the Gaza Strip. This is the real cost of Zionism: maintaining a Jewish state in a country where the majority of the people are not Jewish means sheer force and brutality.

Human rights groups have revealed that Israeli health officials had decided to begin counting the minimum number of calories needed by Gaza’s inhabitants to avoid malnutrition. This was then translated in order to determine the number of truckloads of food Israel was supposed to allow in each day.

In the words of that Israeli advisor Dov Weissglas: “The idea is to put the Palestinians on a diet, but not to make them die of hunger.” Presumably, he had no objection to Palestinians dying of hunger, except that it might not exactly appeal to liberal sensibilities in the Western countries that Israel relies on for political and military support.

The siege on Gaza has continued in the same bloody fashion ever since. In addition to putting Palestinians “on a diet”, Israeli planners have another deadly euphemism they like to use – “mowing the lawn”. This is a rather disgusting, dehumanising way to describe their periodic wars against the population of the Gaza Strip.

Gaza’s population is steadily growing. When the siege began, it was about 1.5 million. Today, it is two million. This “grass” (people) has to be periodically “mown” down by the Israeli military. The human cost has been immense. But for the Jewish supremacist state, Palestinian lives don’t matter.

In Israel’s war of 2014 alone, 2,200 Palestinians – mostly civilians – were killed by Israel, and 551 of these deaths were children. By way of contrast, when Palestinian resistance factions fought back to defend themselves, almost all of the casualties they caused – 73 Israelis – were soldiers.

Who is the real terrorist here?

The $16 billion economic cost to Gaza over the decade between 2007 and 2018 has been immense, but it is nothing compared to the lost and ruined lives caused by the sheer brutality of Israel and its war crimes.

The UNCTAD report says of the combined effects of the siege and the successive Israeli attacks on Gaza: “The result has been the near-collapse of Gaza’s regional economy and its isolation from the Palestinian economy and rest of the world.”

Most factions of Zionism have always propagandised their project – in typical colonialist fashion – as being good for the natives, the indigenous Palestinian Arabs.

Zionism is indeed racism. For peace to exist in Palestine, this racist regime must be brought to an end.

TeleSur English: “Over a million people under poverty line in Gaza strip”