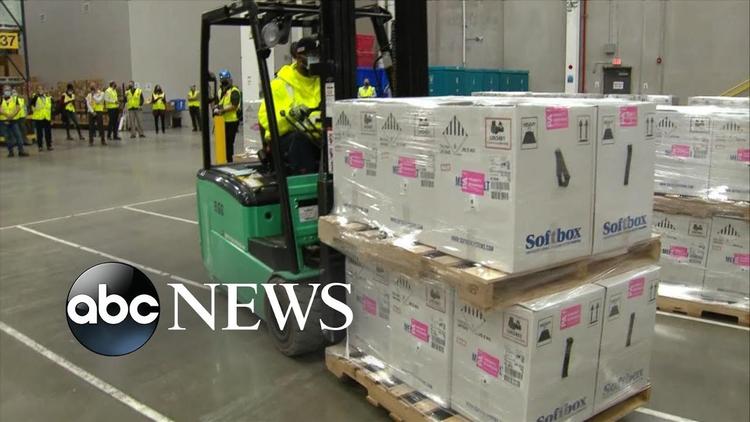 Ann Arbor (Informed Comment) – The contrast between the unprecedented failure of the United States to deal successfully with the coronavirus pandemic, and the success of pharmaceutical companies in coming up with effective vaccines in record time is bittersweet.

The reason for the difference is that no one could make any money on mitigating the deaths from the pandemic, and the United States has been reformed since the 1970s by Neoliberal orthodoxy, which exalts markets and profits over human considerations. Since dealing effectively with the coronavirus epidemic actually cost money in the form of closures of businesses like restaurants and bars, the Trump administration actively resisted a long shutdown. Trump wanted to keep the stock market high, even if it meant killing off the equivalent of the entire state of Wyoming.

If we compare the American track record on limiting deaths to other countries with a similar age structure and with lots of big cities, like South Korea and Germany, we can see that they have a different form of government. It is common to speak of the U.S., South Korea and Germany as “industrialized democracies.” But there are varieties of the latter. The US is less democratic than the other two, and more impervious to the pain of the population. They have managed capitalism. In the US, capitalism manages us.

The over-all US death rate per 100K is 91. Canada is 36. Germany’s rate is about 26. South Korea’s is 1.12. Taiwan is .03 (yes!) The US has a similar failure rate to that of Mexico, Argentina and Brazil, the first two fragile states and the third gripped by a form of fascism.

There are countries with apparently low death rates because they don’t have comprehensive medical systems that could diagnose and tabulate deaths. There are countries with low death rates because their populations are very young. You can’t compare the US to them. But Germany and South Korea are in the same club as we are. We failed. Big time. And South Korea showed that with a robust government with a robust health infrastructure that cares about its people, you didn’t even need to close businesses on the whole.

The US is no longer a superpower, but a stumbling giant unable to protect its people from mass death. Some 3,000 are being killed a day. Trump and his acolytes are pretending it isn’t even happening.

Neoliberal governors such as Rick DeSantis in Florida not only refused to close up but actually forbade the mayor of Miami and other cities from doing so.
Florida is a warm state where people could stay outdoors this fall and winter, and its population density is much less than more urbanized areas like New York and Southern California. But Florida’s rate of COVID-19 deaths per 100,000 population is 91. That is significantly higher than Minnesota, which is essentially a frigid city-state; most people live in Minneapolis-St. Paul and it is so cold they have skywalks between buildings downtown so shoppers don’t have to go outside in the winter. But they had a proper state government that encouraged mask-wearing and social distancing.

Florida did so badly because DeSantis cared more about business and property than he did about human life. North and South Dakota are lightly populated but militantly capitalist and Trumpie. The low population density could not outweigh the superspreader events encouraged by the governors and the shade they threw on mask-wearing. North Dakota had 146 deaths per 100K population. South Dakato has 133 deaths per 100K population. California, despite being dense and urban in some parts of the state, kept the rate to 52 with government policy. If policies had actually been implemented, the rate would be less still.

This massive failure will likely cost the US some 600,000 lives by the time it is all over, rivaling deaths from the Spanish Flu in 1918. The cost in lives did not trouble the Trump administration nor did it trouble most states.

States that swung into action kept cases and deaths low.

In contrast to mitigation, the vaccine was an enormous success, though not a particularly American one. The breakthrough for Pfizer came in a German subsidiary headed by a Turkish-German biologist. Pfizer was not part of Trump’s Operation Warp Speed. Pfizer’s CEO, Albert Bourla of Greece, was willing to put $1.5 billion into the vaccine. Bourla seems an admirable person, and you have to admire the science and the rapidity with which Pfizer worked. But after all there is a lot of money to be made in this vaccine.

The US hopes to inoculate 100 million people by March 31, just a little over a year after the pandemic began in the US. Given the rate of transmission (R0 or R-naught) of the novel coronavirus, the World Health Organization estimates that we need to immunize about 70 percent of the population to achieve herd immunity. That would be roughly 230 million Americans. If things go really well, we could maybe reach that goal by the beginning of September.

When 70% of the population has immunity, the rate of transmission begins rapidly falling, since the chance that an infectious person will come into contact with a person without immunity falls dramatically. If you can keep the rate of transmission under 1, that is, each infected person on average transmits it to less than one other person, then you get a reverse snowball effect and the rate of coronavirus infections will spiral on down. The reason the death toll annually from influenza is a fraction of what we’ve seen from COVID-19 is that most people have some immunity. Nearly 300,000 are dead of the coronavirus in the US this year, and likely it is about a third more because a lot of old poor people just die in their beds without being diagnosed. Flu deaths range from 12,000 a year to a high of 60,000 a year.

But this vaccine victory is bittersweet. We have lost so many Americans to the virus, who didn’t have to die. Many of them died because of stubbornly pro-capitalist public policy.