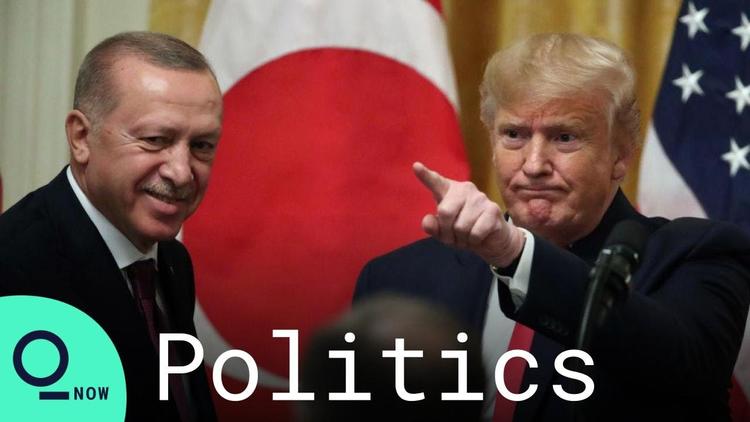 ( Middle East Monitor) – One of the leading assistants of Turkish President Tayyip Erdogan, and a founder of the ruling Justice and Development Party (AK Party), resigned last week from the government’s high advisory council citing disagreements and discontent over judicial practices. Bulent Arinc called for a comprehensive reassessment and radical reform of the mandate, independence and powers of the judiciary’s structure.

Arinc criticised in particular the ongoing detention of Salahuddin Demirtas, the former head of the opposition Kurdish Peoples’ Democratic Party (HDP) and Osman Kavala, a prominent business tycoon who are being held in a case related to the multiple coup attempts carried out by the Gülenist terror group FETÖ. Both Demirtas and Kavala were arrested in the wake of the attempted coup in 2016 which is blamed on the Gülenists.

In response, Erdogan reiterated his belief that no one could defend terrorists who caused the deaths of thousands of people. Nevertheless, he vowed to make judicial reform a priority next year.

Erdogan’s son-in-law and Finance Minister Berat Albayrak also stepped down, just a day after the president sacked the governor of the central bank. The context of Albayrak’s resignation is very different to Arinc’s, though. The former was criticised for his handling of the struggling economy, which has been a stick for the opposition and international investors to beat the government with. The Turkish lira has plummeted in value against the US dollar. Some analysts estimate that Turkey has spent some $100 billion of its foreign exchange reserves defending the currency.

These resignations were preceded by the departure of senior AK Party founders Ali Babacan and Ahmet Davutoglu. Their names have shone together in the party’s two most accomplished areas, foreign policy and the economy. Both have formally established their own political parties and naturally their supporters are likely to follow suit and desert the AK Party at election time.

“Deep differences” were cited for the departures. Former Prime Minister Davutoglu promises that his Future Party (GP) will push for a new constitution and a return to the parliamentary system which Turkey left after a 2018 referendum to increase presidential powers. Babacan, meanwhile, is a former Minister of the Economy and claims that his Democracy and Progress Party (DEVA) will prioritise media rights and freedom of speech.

There are thus serious cracks in the ruling AK Party structure which has set alarm bells ringing, with fears that the government is being weakened as its popularity wanes. The decline was very obvious in the 2019 municipality elections, in which the party lost control of the four big cities, including Ankara and Istanbul.

And now there is Joe Biden’s victory in the US presidential election, which is a game changer for Turkey. There is a widespread perception that Trump’s exit will increase Turkey’s exposure to US sanctions. Trump has refrained from imposing sanctions on Turkey for buying the Russian S-400 missile defence system. With President-elect Biden heading for the White House, this is probably going to change.

Biden told the New York Times that the US should take a new approach to the “autocrat” President Erdogan and support the opposition to oust him at the ballot box. “He has to pay a price,” insists the former US Vice President. Turkey’s next general election is due to be held in June 2023. It will be a crucial and unprecedented challenge for Erdogan and his party.

The “price” that Biden mentioned could be significant. Observers predict that Turkey should get ready for a rocky four years ahead. The incoming US administration will discuss reactivating the suspended heavy penalties imposed on Turkey’s Halk Bank for alleged fraud and money laundering in the course of helping Iran to evade US sanctions to the tune of $20 billion. There are also unsettled divergent standpoints over the status of outlawed terrorist organisations in Syria. Turkey’s maritime rights in the Mediterranean and other areas may deepen the gap between the two NATO allies.

For Ankara, Syria might be the most important challenge in its relations with the Biden administration. The President-elect said during his election campaign that he prefers to keep US Special Forces alongside the Kurdish YPG elements that Turkey regards as an extension of the outlawed PKK terrorist group. Trump withdrew some of those troops in 2019, since when Turkish forces have cleared the border areas of all terrorist fighters.

There is no magic solution to many contentious US-Turkey issues. President Erdogan and his party survived the Obama-Biden administration with its tumultuous incidents. Erdogan survived the coup attempt in 2016, managed to balance Obama’s uncertain policy and hesitation in Syria, and then watched the lack of a genuine US Middle East policy in the aftermath of the Arab Spring revolutions. However, the magnitude of today’s challenges is much greater, especially with the complicated domestic calculations to consider. The good economic news for the government is that Turkey enjoyed rapid growth between July and September as Ankara encouraged a lending spree that came at the cost of a plunge in value of the lira.

Erdogan is known as an election master and has three years to plan for the next one. His priority will be to focus on an overall reform in his party structures, alliances, public outreach, economic vision and foreign policy. In the meantime, his country must brace itself for the Biden era.

Bloomberg: “Turkey President Erdogan Gets Ready for a Rocky Four Years of Biden”