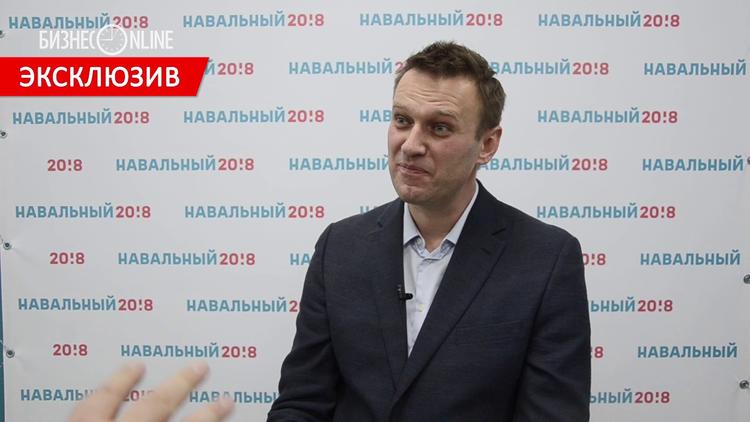 Belgrade (Special to Informed Comment) – While the US remains preoccupied with the upcoming Joe Biden inauguration, Russian opposition figure Alexey Navalny was detained at Moscow’s Sheremetyevo Airport upon his return to Russia from Germany, where he had spent five months after he was allegedly poisoned with the nerve agent Novichok. A Moscow judge has jailed him for 30 days pending trial until February 15. What will happen afterwards and how will the case of Navalny affect the US – Russia relations?

During the hearing in the police station, a portrait of Genrikh Yagoda, the head of NKVD secret service in 1934-36, was hanging on the wall. Such a detail could suggest that the Kremlin intends to get rid of the opposition activist by sentencing him and sending him to spend years in prison far from Moscow. On the other hand, if history is any guide, Navalny has already served several stints in jail in recent years for organizing anti-Kremlin protests, but at the end he was always released.

This time, the Kremlin critic was detained because of alleged violations of his 2014 suspended prison sentence for embezzlement. Russia’s Federal Penitentiary Service has requested that a court revoke his suspended sentence in favor of a prison term. If the request is granted, Navalny will likely be jailed for 3.5 years.

Alexey Navalny, like many Western leaders, claims that the Kremlin planned to kill him in August 2020. According to German authorities, he was poisoned with the Soviet-style military-grade nerve agent known as Novichok while on a trip in Siberia. The Kremlin denied such accusations, saying it has seen no evidence that Navalny was poisoned.

“If the Russian special services had wanted to poison him, they would have taken it to the end”, said Russian President Vladimir Putin in December.

Although the Western mainstream media tend to portray Navalny as an “opposition leader”, in Russia he is more known as an influential blogger and anti-corruption activists. In addition, according to a poll conducted by the independent Levada Center, Navalny’s approval ratings in Russia are very low – around 2 percent. The Kremlin critic might be popular in major cities such as Moscow and Saint Petersburg, but in the rest of the country he is overshadowed by the so called systemic opposition leaders – ultranationalist Vladimir Zhirinovsky and the communist Genady Zyuganov. Navalny can hardly be a leader of the non-systemic opposition, given that its structure is very heterogeneous – from far right to far left.

In any case, half of Russians reportedly believe that Kremlin critic Alexei Navalny was either not poisoned or that his poisoning was stage-managed by Western intelligence services.

The European Union and the United Kingdom have already imposed restrictive measures against some Russian officials over their alleged involvement in the incident with Navalny. It is not improbable that the West will keep using the case of Navalny as an additional instrument against Russia.

Also, Jake Sullivan, National Security Advisor for President-elect Biden, called on Navalny to be released immediately and said those responsible for the poisoning must be held accountable.

“The Kremlin’s attacks on Mr. Navalny are not just a violation of human rights, but an affront to the Russian people who want their voices heard”, wrote Sullivan on Twitter, which suggests that the Biden administration will likely continue pressuring Moscow and possibly imposing various sanctions on Russia, although at this point some hard measures such as suspending Russian banks from SWIFT do not look very realistic.

Still, the US under Biden is expected to attempt to attempt to block the construction of the Nord Steam 2 natural gas pipeline that would bring Russian energy to Europe, and possibly to confront Russia over its involvement in the Donbass region of eastern Ukraine, as well as in Moldova’s breakaway region of Transnistria– conflicts that had become frozen in place.

Russian officials, on the other hand, say that they will not allow the US to talk down to them, while there are claims that the West fights the far right at the US Capitol while nurturing it everywhere else.

Indeed, while Western media and analysts often call Navalny a Russian “liberal politician”, some of his views can be described as anti-migrant and anti-Muslim. In Russia, he is viewed as a right-wing nationalist, rather than a pro-Western reformist. In Ukraine, there is no crucial difference between Navalny and Putin, given that both consider Crimea an integral part of the Russian Federation.

“I believe that, despite the fact that Crimea was captured in flagrant violation of all international norms, the reality is that Crimea is now part of the Russian Federation. And let’s not deceive ourselves. And I strongly advise Ukrainians not to deceive themselves”, said Navalny in 2014, strongly rejecting a possibility of returning the Peninsula to Ukraine.

The West, however, prefers to turn a blind eye on these aspects of Navalny’s politics, as long as he remains critical towards Vladimir Putin, who once called the opposition figure an “unimportant blogger”. Indeed, it is quite debatable whether Navalny’s Russia of the Future party can pass a five percent election threshold in September and become the only “non-systemic” opposition party in the Russian parliament. However, Navalny is still capable of inspiring medium to large-scale protests in Moscow.

“Don’t be afraid. Take to the streets, not for me, but for yourselves, for your future”, he said in a video address from the police station.

Ultimately, the 44-year old politician is not as unimportant as the Kremlin tends to portray him, but neither is he someone who can overthrow Putin, as some in the West may hope.