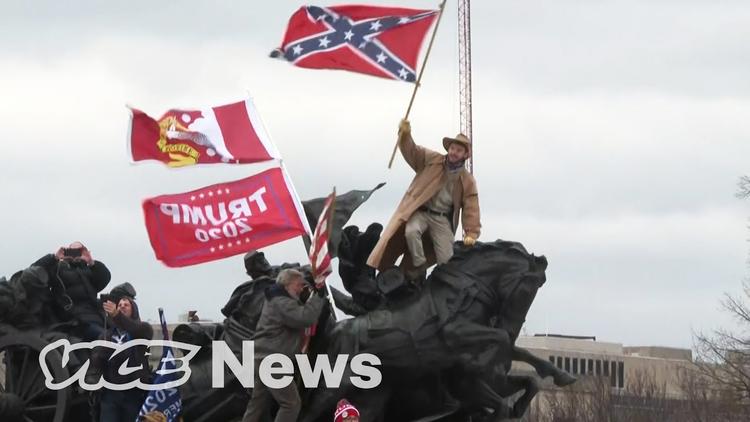 Austin, Tx. (Special to Informed Comment) – In the aftermath of Trump’s Rally for Fascism that led to the storming of the Capitol, there is a rising tide of voices—Republicans, Democrats, and Independents—calling for the immediate removal of Trump from office. I wish all success for this movement but recognize how difficult the hurdles are to making this happen in just 13 days.

I am also thinking about what should be done after Trump skulks from the White House. Yes, let there be vigorous legal pursuit of every possible crime committed by him and members of his family, staff and administration.

But we should also take steps to block him from soiling America any further by taking away all of the benefits that come from the Former Presidents Act (FPA). Established in 1958, to assist President Harry Truman, a man of modest means, from having to sell his soul to business interests, today the FPA provides significant perks for ex-presidents, including:

2. Transition expenses, providing funds for office space, staff, communication services, printing and postage. The amount is to be determined by Congress.

4. Travel expenses for travel related to the former president’s status as an official representative of the U.S. government.

5. Secret Service protection, the cost of which runs in to the tune of several million dollars annually.

6. Medical expenses for the former president and family members, either at military hospitals with the option of enrolling in a private health insurance plan at their own expense.

Donald Trump deserves none of these benefits. He has used his term in office to illegally promote his personal businesses and siphoned off millions if not billions of dollars for his own profit and those of his cronies. His golf bill alone is beyond belief.

Additionally, his and Melania Trump’s portraits should never be displayed in the White House or any government building. He should be banned for life from the US Capitol.

He deserves nothing further from the coffers of the US Treasury. Enough.

Moving forward, the only role he should play in American life is as the poster child (perpetually throwing a tantrum) for everything wrong with greed, corruption, lying, and traitorous behavior by an elected official. His 4 years of unethical and illegal rampage as president must serve as warning: that American democracy must be vigilantly protected by We the People.

Steve Scholl is a writer and publishing consultant. He lives in Austin, Texas.