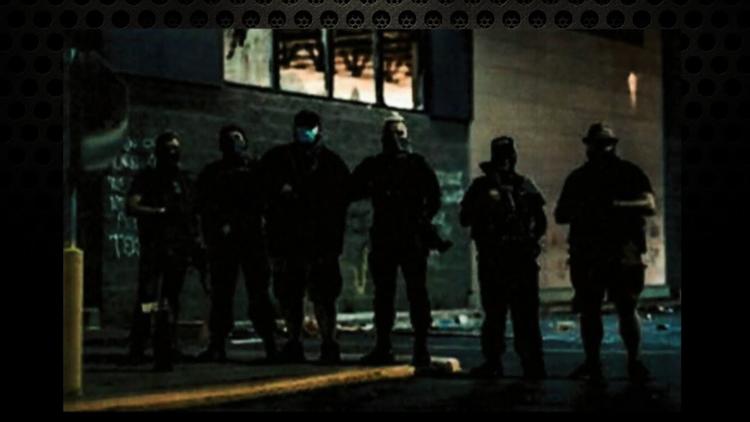 In the wake of the insurrection on Jan. 6, the U.S. is bracing for the possibility of additional violent demonstrations and potential riots at the U.S. Capitol and state capitol buildings around the nation. While many were in Washington, D.C., ostensibly to protest what they wrongly saw as a stolen election, their presence – and their actions – reflect a larger set of goals that American militants are hoping to seize upon to take more extreme action.

Several articles by scholars of violent extremism, white supremacy and militias explain the path down which these rioters and insurrectionists seek to take America. The Conversation U.S. has compiled excerpts of five of those articles, seeking to explain the rift that has torn wide open in American society.

“QAnon followers, the Proud Boys and the other far-right and alt-right groups that converged on Washington imagined that they were living out the great fantasy that underlies what many consider to be the bible of the white nationalism movement, a 1978 dystopian novel, ‘The Turner Diaries,’ by William Luther Pierce,” writes Jonathan D. Sarna, a scholar of anti-Semitism at Brandeis University.

“The novel depicts the violent overthrow of the government of the United States, nuclear conflagration, race war and the ultimate extermination of nonwhites and ‘undesirable racial elements among the remaining White population,’” he explains.

This widespread and extremely violent conflagration is often called the “boogaloo” by its adherents.

Amy Cooter, a sociologist at Vanderbilt University who has extensively studied the American militia movement, reports that some far-right groups have adopted what is called “accelerationism,” which she explains as “the idea that inducing chaos, provoking law enforcement, and promoting political tension will hasten the collapse of Western government … making room for them to establish a whites-only country.”

It might be tempting to think that these violent radicals are just individual malcontents, but Alexander Hinton, an anthropologist at Rutgers University – Newark, explains that “these people are not alone,” as the Capitol mob makes clear.

“Most far-right extremists are part of larger extremist communities, communicating by social media and distributing posts and manifestos,” he writes. “Their messages speak of fear that one day, whites may be outnumbered by nonwhites in the U.S., and the idea that there is a Jewish-led plot to destroy the white race. In response, they prepare for a war between whites and nonwhites.”

4. They have supporters in the military

White nationalists – people who believe whites are under attack in America and therefore seek to establish a whites-only nation where nonwhites do not have civil rights protections – “find new members and support in the U.S. military.”

That’s one conclusion of political scientists Jennifer Spindel at the University of New Hampshire, Matt Motta at Oklahoma State and Robert Ralston at the University of Minnesota, who note that “Since 2018, white supremacists have conducted more lethal attacks in the United States than any other domestic extremist movement.”

The connections are deep, the scholars explain: “The links between the U.S. military and white nationalists date back to the 1990s, with many believers seeing military service as an opportunity to hone their fighting skills and recruit others.”

5. And there are supporters in the police

As far back as 2006, the FBI warned about this problem, she explains. But even 15 years later, Johnson says it is hard to find out how many officers are involved.

However, she notes that “since 2009, police officers in Florida, Alabama and Louisiana have been identified as members of white supremacist groups. Meanwhile, more than 100 police departments in 49 different states have had to deal with scandals involving racist emails, texts or online comments sent or made by department staff,” including one this month involving a high-ranking officer in the New York Police Department.

Editor’s note: This story is a roundup of articles from The Conversation’s archives

[Get our most insightful politics and election stories. Sign up for The Conversation’s Politics Weekly.]