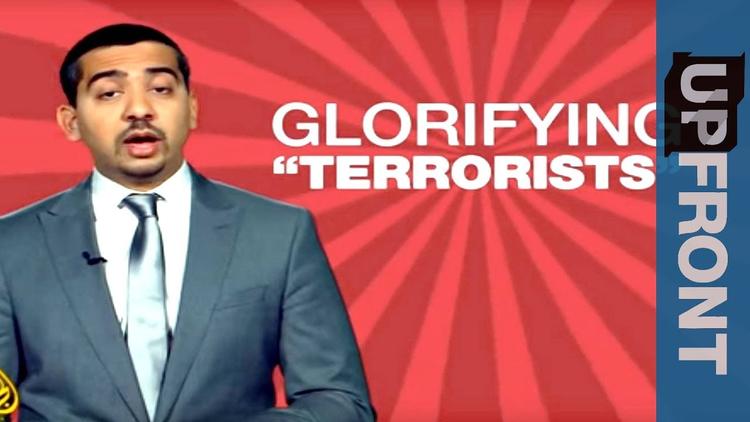 ( Middle East Monitor ) – How the mighty have fallen. In the space of a few months, Donald J Trump, the 45th President of the United States, has gone from the dizzy heights of Nobel Peace Prize chatter to the infamy of instigating the most disgraceful act of domestic terrorism in the country’s history. Americans — indeed, all of us — were stunned by the storming of the Capitol Building in Washington DC on Wednesday, which left four people dead. However, given that Trump’s autocratic fantasies have been indulged over the past four years by people who really should have known better at home and abroad, nobody should have been surprised when his disdain for the law turned on the heart of US democracy.

Trump’s status as a demagogue was predictable. Born into wealth and privilege, he was elected as president despite lacking political experience and the moral and other qualities associated with the role. He was also extolled as a gift from God by his fawning colleagues and supporters. “Trump right now has been sort of raised for such a time as this,” claimed US Secretary of State Mike Pompeo last year when speaking about the president’s role in protecting Israel. He suggested that Trump had been sent by God to save the Zionist state, and compared him to the Biblical figure of Queen Esther who, it’s believed, helped to save the Jews from being massacred.

It’s probably self-evident that anyone who believes that Trump is an agent of God is somewhat unhinged; reasonable people ought to view Pompeo’s remark figuratively. However, Trump does have a bit of a god complex, and described himself proudly in messianic terms as “the chosen one” and the “King of Israel”. The impulses of a US president who views himself in such a way are generally checked by the US Constitution, but on the international stage incumbents enjoy a certain degree of freedom.

With Republican members of Congress fully behind him it seemed that the unspoken word was to allow Trump to give free rein to his dictatorial tendencies around the world as long as he didn’t pose a threat to the US. Nothing else explains the failure to impeach him and Trump’s preoccupation with promoting and securing the colonial-settler state of Israel. Neither Republicans nor Democrats have stood up to him in any significant numbers, leaving him to act as a perfect fit in a region where dictators rule and Israel calls the shots, not always in America’s interests.

Trump’s fall places him among the most disgraced presidents in US history, which must surely be an embarrassment for those who have praised him, and even suggested that he be given the Nobel Peace Prize. British Prime Minister Boris Johnson, for example, whose filmed suggestion has come back to haunt him following Wednesday’s assault by Trump supporters, white supremacists one and all. Johnson wasn’t alone in such indulgence of Trump; like the others, he misjudged both the man and his capacity for causing chaos.

Pro-Israel friends of Trump saw in him a deserving winner of the prestigious Nobel award. Shmuel Rosner, senior fellow at the Jewish People Policy Institute and a writer for the New York Times made one of the strongest cases. “Trump deserves a Nobel Peace Prize for the Israel-Bahrain-UAE deal,” he insisted. “It’s more than Obama did. These agreements are a bold declaration… that a broader Arab-Israeli conflict no longer exists.”

This campaign no doubt pushed Trump further down his delusional rabbit hole. Convinced of his special mission, the disgraced US president must have believed that he had actually got his hands on the prestigious award, at least that’s how it seemed. “Serbia and Kosovo, so we signed a deal, so they gave me a prize for that,” Trump boasted during an election rally. “They gave me a Nobel Prize for something else, they should give me a Nobel Prize for what I did in Syria.”

Becoming a Nobel Laureate seems to have held some particular significance for Trump and his supporters who wanted to seal his “success” in the Middle East as a historic achievement. Trump’s preoccupation with outdoing his predecessor Barack Obama — who was awarded the Peace Prize early on in his presidency — may have motivated him. For those around him, though, such a prize would be a vindication of the way Trump does politics.

The Trump era has been a boon for Israel and Benjamin Netanyahu. The far right Prime Minister was so grateful for Trump’s recognition of Jerusalem as the capital of Israel, and Israeli sovereignty over the occupied Syrian Golan Heights, that he named an illegal settlement in his honour. Although unlikely, I wonder if “Trump Heights” will get a quiet name change given the disgraceful “domestic terrorism” in Washington this week. But perhaps not, because Israel has a track record of naming streets and squares after its own terrorists.

The attack on Capitol Hill seems to have opened many American eyes to how dangerous and destructive the Trump era has been. With Trump’s worst authoritarian impulses directed towards the Middle East over the past four years, many turned a blind eye to the devastating consequences of the way that US power has been abused overseas. Now his authoritarianism has hit the US itself, in Washington of all places.

Only a week ago, Trump was being heaped with praise for his role in ending the Saudi-led blockade of Qatar. It was forgotten — very conveniently — that he has been both arsonist and firefighter since the dispute started in 2017. Having given the green light for the blockade during a trip to Saudi Arabia, he now wants to take credit for the reconciliation. Cue more calls for a peace prize? Not now, surely.

Trump’s role in the blockade was revealed in Blood and Oil, Mohammed bin Salman’s Ruthless Quest for Global Power, by Bradley Hope and Justin Scheck. The de facto ruler of the Kingdom is said to have been emboldened by Trump’s 2017 visit to Riyadh. In his quest to teach Qatar “a lesson”, the Saudi crown prince considered invading the small Gulf state if it didn’t yield to a set of demands that included dismantling the Al Jazeera media network and abandoning its independent foreign policy for that of its neighbours.

The Palestinians have arguably borne the brunt of Trump’s recklessness. He stopped US donations to the UN Relief and Works Agency for Palestine Refugees (UNRWA), creating a damaging financial crisis for the agency and the refugees it serves; he closed the PLO office in Washington which served as the Embassy of Palestine; and he has backed Israel to the hilt, at the expense of America’s working relationship with the Palestinian Authority.

Moreover, he pulled America out of the 2015 Joint Comprehensive Plan of Action, known as the Iran nuclear deal, and has been pushing Tehran to respond. His efforts include sanctions and last January’s assassination of General Qasem Soleimani. Some analysts believe that he will leave office after ordering a military strike on Iran. Trump has also continued to sell arms to Saudi Arabia and the UAE despite the use of US weapons in their brutal war in Yemen. He even failed to hold Bin Salman to account for the 2018 murder of Washington Post journalist Jamal Khashoggi in the Saudi Consulate in Istanbul.

The kind of chaos and destruction that Trump has caused overseas has now been seen in the US capital. This isn’t the first time that “the chickens have come home to roost”. Having indulged the fantasies of a dictatorial president for four years, millions of Americans are learning what it means to suffer the unchecked power of a US president with no regard for international law, norms and conventions, nor the consequences of their actions.