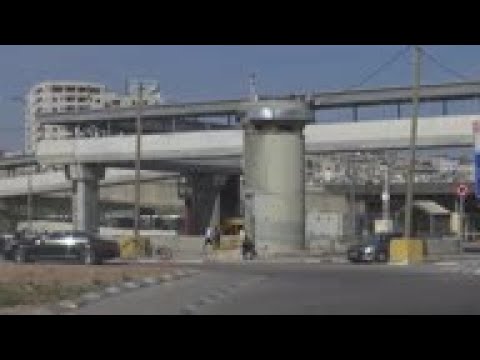 ( Middle East Monitor) – When I first began my journey into the Palestine solidarity movement two decades ago, there was much debate about whether or not Israel is truly an apartheid state.

These days, of course, the debate is over. Even the liberal Israeli human rights group B’Tselem now defines Israel as an apartheid regime.

Back then, broadly speaking, those who opposed – or at least questioned – the use of the term “apartheid” in relation to Israel had two main arguments (neither of which I’ve ever found convincing).

First of all, they claimed that Israel and South Africa have very different histories, and so it’s inaccurate to make an analogy between the two. This claim was made then, and is still made today by Israel’s propagandists, in defence of Israeli apartheid.

A second and slightly different argument conceded that while the “1967 occupation” of the West Bank and the Gaza Strip can accurately be called apartheid, “Israel proper” is broadly a democracy.

The first claim is something of a straw man. Those of us using the term apartheid to describe Israel are not claiming that the histories of South Africa and Palestine are identical. That is not the point. There are, however, many similarities.

As I’ve argued in previous columns, the main point is simply that Israel fits the definition of apartheid under international law – which applies globally, and not just in southern Africa.

The second claim is also incorrect in my view.

While Israel’s unambiguous military dictatorship as applied to the three million Palestinians of the West Bank is not enforced on the Palestinian citizens of Israel, nonetheless, the latter are still subjected to an apartheid regime.

They are at best second-class citizens. Although they have voting rights (which Black people under South African apartheid did not), under Israeli law they are very much treated as inferior to Jewish Israeli citizens.

The so-called “Nation-State Law” of 2018 was only the most brazen manifestation of that reality. Palestinian human rights group Adalah (Arabic for “justice”) maintains a database of the many Israeli laws which discriminate against the state’s non-Jewish Arab citizens.

These range from the Nation-State Law’s declaration that only Jews have the right to national self-determination within “Israel”, to 1950’s Law of Return (which allows any Jewish person the world over to become a citizen of Israel, even while expelled indigenous Palestinian refugees are denied their right of return), to a whole slew of laws giving Jewish Israeli citizens superior land rights in Israel compared to Palestinian Arabs.

These laws show that the entirety of Israel is an apartheid state.

To understand all this, in a nutshell, it is important to know one central fact: Israel is a settler-colonial state. Settler-colonialism is a very well-understood academic framework in political and intellectual history.

While it is important to understand Israel’s specificities (as a Jewish supremacist regime), it is also crucial to understand its commonalities with other similar states in history – including those others that survive today.

For this reason, it is vital to understand that apartheid is only one factor in the oppressive systems enforced by settler-colonial regimes.

The US, for example, was founded by settlers at the expense of the indigenous population that had already existed on that land for thousands of years. The native peoples were slowly displaced in a genocidal project which took hundreds of years. Millions of Native Americans were massacred, ethnically cleansed and otherwise dispossessed, with the remnants driven onto “reservations”, usually on the poorest land.

Algeria under the French, too, was a European settler-colony, until it was liberated by a mass popular struggle led by the armed resistance of the National Liberation Front in 1962. The European settler-colonial regimes of Algeria, South Africa and Rhodesia (known as Zimbabwe after liberation) all practised brutal apartheid policies against the indigenous peoples that they dominated, as did the settler-colonies of Australia and New Zealand.

After much sacrifice and struggle, formal political apartheid was defeated in all these settler-colonies – except for in Israel.

In the US, formal, legalised apartheid against Black people only ended in the 1960s, after a long, bitter and violently-opposed civil rights struggle. Systemic injustices remain, as the latest wave of the Black Lives Matter movement last year highlighted.

The most important commonality between all these different current and historic settler-colonies is the unique role that the settlers themselves play.

What do we mean by settlers? We do not mean “settlers” in the archaeological sense of anyone founding a new village, town or other urban area and “settling” on the land.

In the political-historical context, we instead talk about settlers as those who have an ideological and/or religious motive, and who – crucially – aim at supplanting, dominating, driving out or massacring already-existing societies. For all the differences, all the settler-colonial states mentioned in this article have had that in common.

Settlers play a key role as a reactionary vanguard in any settler-colonial state. As my colleague at The Electronic Intifada Maureen Murphy recently explained, much like the role played by White European “frontier” settlers in the historical expansion of the US: “Israel finds utility in its violent settlers who enthusiastically deliver the final push in a state system of oppression to force Palestinians off of their land.”

While the Zionist settler-colonial movement that founded Israel did not carry out a mass genocide of the Palestinians, in the sense of an industrial-scale massacre of entire populations (such as the Nazi Holocaust), they did carry out the ethnic cleansing of more than half the indigenous Palestinian population. This ethnic cleansing was long-planned and a fundamental goal of the Zionist project, right from its foundation in the 1880s.

As Palestinian academic Joseph Massad expressed in an important keynote address at a 2019 MEMO conference, Israel’s hostility to democracy, equality and human rights has not changed since the foundation of the state in 1948. As explained by Massad: “Rather it is Israel’s ability, and not its desire, just its ability, to change the demography of the country through expulsions that has become more constrained.”

It has become constrained thanks to 140 years of the Palestinian struggle against this particular form of European settler-colonialism – the one that aims to enforce a permanent regime of Jewish supremacy on Palestine.