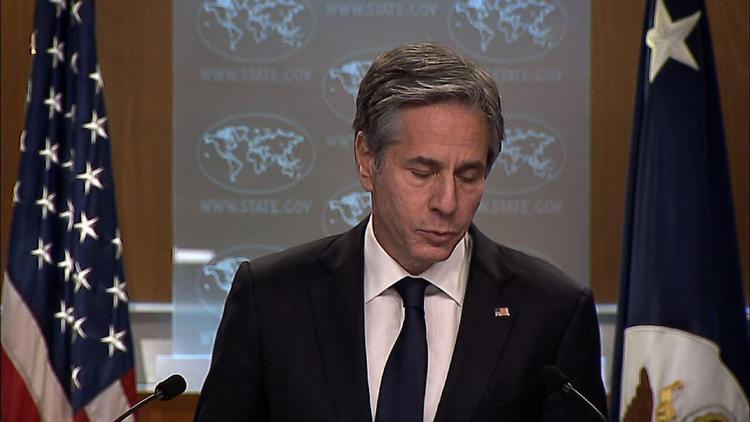 ( Middle East Monitor) – US President Joe Biden could end the war in Yemen if he acts without delay. Democracy was at the core of his election campaign during which he pledged, inter alia, to end his predecessor’s discriminatory policies, such as the “Muslim ban”. Biden also pledged to end US support to Saudi Arabia in its relentless war on Yemen. However, he has the ability to go one step further and call for an end to the war itself.

Yemen is experiencing an unprecedented humanitarian crisis; the UN estimates that hundreds and thousands of children will die within months due to the impact of the war. Saudi Arabia began its assault on Yemen in March 2015, after the Houthis ousted the internationally-recognised government in the capital Sanaa a few months earlier.

More than 80 per cent of the population — that’s 24 million people — now rely on humanitarian aid. The crisis has been made even worse by the coronavirus pandemic, with aid unable to reach many of Yemen’s most vulnerable civilians. It is estimated that 20 million Yemenis lack sufficient food and access to clean water resulting in severe malnutrition in children under five years old.

With this catastrophic impact in mind, it is paramount for Biden to fulfil his promises and take immediate measures to bring about an end to the war. Washington can and should put pressure on the Saudi government to end its attacks on Yemen. If this happens, there is some hope for the people and their future. The US president should also put pressure on the Houthis to pull back from their coup and stop their role in the destruction of their own country.

If the Biden administration can do this, it will, at a stroke, fulfil its objective to restore America as a leader in international affairs. If it can’t, or won’t, then it has no right to claim global leadership in anything.

The war in Yemen cannot be allowed to continue, unless the world wants to see an entire generation of Yemenis wiped out. An immediate ceasefire is the first step. Pick up that telephone, President Biden; make that call to Riyadh.

Peace will be followed by opportunities to rebuild Yemen, which will benefit its citizens as well as regional players. The people of Yemen deserve the chance for a better future of the kind envisaged by Joe Biden in his inauguration speech, unless he meant that only the people of America are so deserving of the best. Now is the time and opportunity for the president to demonstrate that his words were intended to have a positive effect on everyone, regardless of where and who they are. Stand by what you said, Mr Biden, and make that call.

Tasnim Nazeer is an award-winning journalist, author, and writer. Tasnim is also a Universal Peace Federation Ambassador for Peace.

AP: ”
US suspending some sanctions on Yemen rebels”