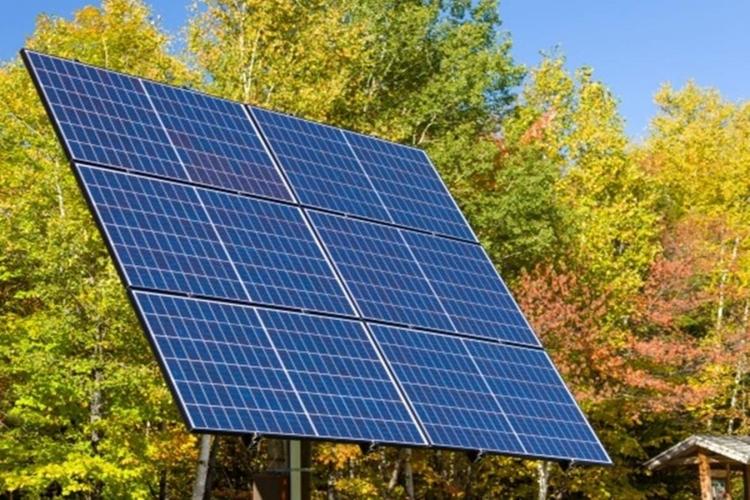 Ann Arbor (Informed Comment) – Solar panels have plummeted 80% in price during the past decade, but they are still relatively expensive and depend on mined silicon. They are also a big waste challenge, since they aren’t recyclable and they have toxic chemicals in them. Silicon panels last up to 30 years, but gradually lose potency or crack.

One alternative to silicon-based panels is perovskites, a crystal that can be manufactured cheaply.

India’s Outlook explains, “Perovskite was originally a mineral discovered in the Ural Mountains of Russia in 1839 and named after the Russian mineralogist, Lev Perovski. Today it is synthesised in the laboratories and refers to a class of materials that have the same crystal structure as calcium titanate, the original mineral. The most widely studied perovskite today is methylammonium lead iodide, a compound that has lead and iodine.”

But what would be really exciting would be a perovskites-based panel in which the perovskites could just be replaced when they declined in potency, and could be recycled. That would be an enormous breakthrough in cost savings and would protect the environment as well.

“researchers from the Hebrew University have recently found a way to improve the lifespan and functionality of perovskite solar cells by designing the solar module in such a way that the degraded perovskite can be removed and replaced, thereby fully restoring its photovoltaic capabilities and avoiding problematic EOL waste build-up.”

Perovskites are cheap and easy to make, but they melt on contact with water, so scientists have to bind them to some other material to keep them from degrading in the rain. Even when that challenge is met, there is also the problem that they aren’t right now as long-lasting as silicon panels.

So we’re not talking about a breakthrough today or next year, but maybe in two to five years. Etgar and his colleagues’ perovskite panels right now have relatively low efficiency, and don’t last nearly as long as silicon panels. Both of those metrics will have to change before they are commercially viable. He expects his team to have success in that endeavor over the next few years.

Zavits writes about Etgar’s hopes for recycling the perovskites, “Although degraded perovskite goes into special waste treatment after it is removed, Etgar emphasized the material’s recyclability. “Even if it degrades and you can wash it and use it another time. You wash and transition it into a container, then you stir and heat it a little bit, and then it can be used again.”

Solar panels with a recyclable base would be a real game changer, obviously.

The abstract of their article says

“Two porous conductive oxide layers, separated by a porous insulator, serve as a chemically stable substrate for the cells. Cells prepared using this scaffold structure demonstrated a power conversion efficiency of 11.08% with a high open-circuit voltage of 0.988 V. Being fully oxidized, the scaffold demonstrated a striking thermal and chemical stability, allowing for the removal of the perovskite while keeping the substrate intact. The application of a new perovskite in lieu of a degraded one exhibited a full regeneration of all photovoltaic performances. Exclusive recycling of the photoactive materials from solar cells paves a path for more sustainable green energy production in the future.”