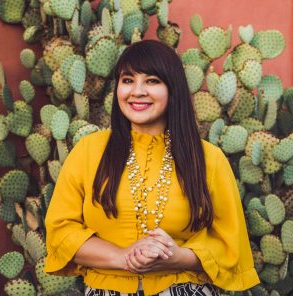 By Emma VandenEinde and Tyler Manion | –

( Cronkite News ) – PHOENIX – On his first day in office, President Joe Biden sent to Congress his plan to reform the U.S. immigration system. The bill includes preserving the Deferred Action for Childhood Arrivals program, or DACA, and outlines a path to permanent residence and citizenship for its recipients.

That includes Reyna Montoya, an activist in Phoenix who came to Arizona when she was 10.

“It has been a renewed hope for the immigrant community,” Montoya said. “Before, everything seemed so dark and so deemed, and we constantly were fighting.”

Montoya is the CEO and founder of Aliento, a nonprofit that helps immigrants, particularly young people in the country illegally who have DACA or want to benefit from the Obama-era program. She said she has been looking for a way to obtain U.S. citizenship since her family moved from Tijuana, Mexico, to Nogales, Arizona, in 2001.

“It’s a huge step in the right direction,” Montoya said. “This is an important day that symbolizes a new beginning.”

The Obama administration created DACA in 2012 to protect from deportation hundreds of thousands of people who had arrived in the U.S. as children. The executive order came after several failed attempts to pass the Development, Relief and Education for Alien Minors Act, which would have allowed such young people – known as Dreamers – to stay and work in the U.S.

Reyna Montoya is a DACA recipient, founder and CEO of Aliento, a nonprofit that helps immigrants in Phoenix. She says she’s optimistic about the immigration plans of the Biden administration. (Photo courtesy of Diego Lozano/Aliento)

DACA made Dreamers eligible for work authorization, but conservatives criticized the order, and the Trump administration worked quickly to end it after taking office in 2017.

“Immigration policy has impacted my whole life,” Montoya said. With Biden’s policy, “we know that there’s a path forward.”

As of June 2020, Arizona had 24,140 DACA recipients, ranking it sixth among the states, according to data from U.S. Citizenship and Immigration Services. A Migration Policy Institute analysis estimated that in 2018, there were 11 million immigrants illegally in the U.S., with 281,000 of them in Arizona.

Biden’s announcement represents hope for DACA recipients, but some immigrants, including Juan Carlos Cisneros, remain skeptical about what’s next.

Cisneros, a college sophomore and a fellow at Aliento, said he was unable to apply for DACA because he came to the United States one year too late for consideration.

“They’ve been offering that they’re going to give us a package of citizenship since Obama’s first term, and look at us now, we’re in 2021 and nothing’s happened,” Cisneros said. “If they’re willing to not help out a certain population just because of (political) parties, then that doesn’t show that they’re really in it for helping the people.”

“We are literally the backbone of this country,” Chavira said. “We’re everywhere and we’re helping the community. We want to be considered a part of it as well. We don’t want to be excluded.”

Immigration attorney Daniel Rodríguez of Phoenix said there are several steps that must take place before people should look to get residence status and citizenship.

“There is no new law,” he said. “There is this encouragement that we have because Biden reinforced the DACA program and will push something more permanent for this population, but we still need Congress to act to give Dreamers full residency. We cannot have residency without Congress.” 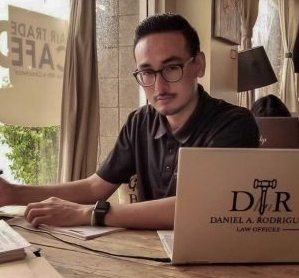 Phoenix immigration attorney Daniel Rodríguez said he wants to know more about the political strategy Biden plans to put in place to help those who are hoping to get citizenship through this new plan. (Photo courtesy of Daniel Rodríguez)

The Trump administration tried to end DACA in 2017 when Attorney General Jeff Sessions called the policy “unlawful” in the government’s appeal to the Supreme Court. The court declined to dismantle the program, however, and immigration experts and activists said the departments of Justice and Homeland Security offered no detailed justifications for canceling it.

“The Biden administration was very clear with the waves of executive action that he wants to undo the harm of the Trump administration, specifically all the trauma and pain he inflicted in the immigrant community,” Montoya said. “It was a huge relief.”

Rodríguez said that if Congress approves a new immigration law, immigrants in the country illegally will need to meet some requirements.

“DACA recipients specifically should gather all the documents that they have submitted with immigration for their initial DACA request and any future renewals,” Rodriguez said. “Individuals who may have qualified for DACA but didn’t apply for it … it’s gathering those same documents proving that you have lived here in the U.S. since 2007 going forward: your educational records, your diploma, your medical records, anything that you have to prove that you have been here.”

Although Montoya is optimistic about the plans of the Biden administration, she also understands that policy changes will take time.

“If I want to live in peace, I’m going to need some permanency and undocumented people have been waiting for decades,” she said. “I think the real work just began by announcing an immigration plan.”

Emma VandenEinde expects to graduate in May 2021 with a bachelor’s degree in broadcast journalism. A multimedia bilingual journalist, she has worked for Arizona PBS, KJZZ and ASU Thrive Magazine. VandenEinde is a broadcast reporter for Cronkite News this spring.

Tyler Manion expects to graduate in May 2021 with a bachelor’s degree in sports journalism. Manion is a broadcast reporter but also anchors for Cronkite News, and he has worked as a producer and for Cronkite Sports.