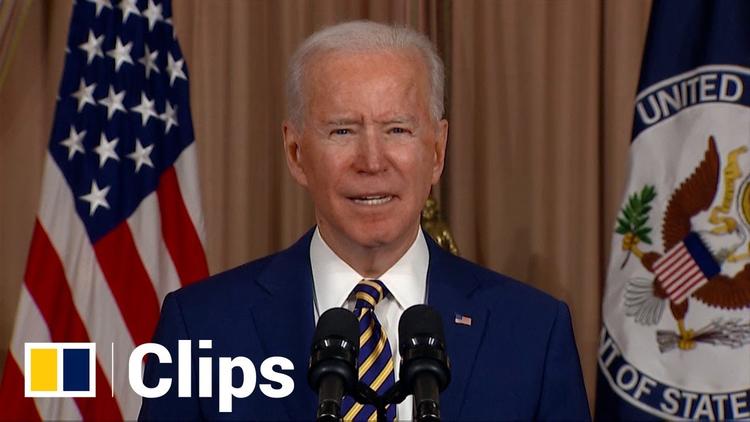 Taiwan and the South China Sea are the likeliest points of conflict — but conflict is not an option.

( Foreign Policy in Focus) – President Joe Biden’s administration faces a host of difficult problems, but in foreign policy its thorniest will be its relations with the People’s Republic of China.

How the new administration handles issues of trade, security, and human rights will either allow both countries to hammer out a working relationship or pull the U.S. into an expensive — and unwinnable — cold war that will shelve existential threats like climate change and nuclear war.

The stakes could not be higher — and Washington may be off on the wrong foot.

The first hurdle will be the toxic atmosphere created by the Trump administration. By targeting the Chinese Communist Party as the U.S.’s major worldwide enemy, former Secretary of State Mike Pompeo essentially called for regime change, which in diplomatic terms means a fight to the death. But while Trump exacerbated tensions between Washington and Beijing, many of the disputes go back more than 70 years. Recognizing that history will be essential if the parties are to reach some kind of detente.

This will not be easy. Polls in the two countries show a growing antagonism in both people’s views of one another and an increase of nationalism that may be difficult to control.

Most Chinese think the U.S. is determined to isolate their country, surround it with hostile allies, and prevent it from becoming a world power. Many Americans think China is an authoritarian bully that has robbed them of well-paying industrial jobs. There is a certain amount of truth in both viewpoints. The trick will be how to negotiate a way through some genuine differences.

A good place to start is to walk a mile in the other country’s shoes.

For most of recorded human history, China was the world’s leading economy. But starting with the first Opium War in 1839, British, French, Japanese, German, and American colonial powers fought five major wars, and many minor ones, with China, seizing ports and imposing trade agreements. The Chinese have never forgotten those dark years, and any diplomatic approach that doesn’t take that history into account is likely to fail.

The most difficult — and dangerous — friction point today is the South China Sea, a 1.4 million square mile body of water that borders South China, Vietnam, Indonesia, Borneo, Brunei, Taiwan, and the Philippines. Besides being a major trade route, it is rich in natural resources.

Based on its imperial past, China claims ownership of much of the sea and, starting in 2014, began building military bases on island chains and reefs that dot the region. For countries that border the sea, those claims and bases threaten offshore resources and pose a potential security threat. Besides the locals, the Americans have been the dominant power in the region since the end of World War II and have no intention of relinquishing their hold.

While the South China Sea is international waters, it makes up a good deal of China’s southern border, and it has been a gateway for invaders in the past. The Chinese have never threatened to interdict trade in the region — a self-defeating action in any case, since much of the traffic is Chinese goods — but they are concerned about security.

The U.S. has five major military bases in the Philippines, 40 bases in Japan and Korea, and its 7th Fleet — based in Yokosuka, Japan — is Washington’s largest naval force. The U.S. has also pulled together an alliance of Australia, Japan, and India — the “Quad” — that coordinates joint actions. These include the yearly Malabar war games that model interdicting China’s seaborn energy supplies by closing off the Malacca Straits between Malaysia and Indonesian island of Sumatra.

It has also been mostly illegal. A 2016 ruling by the Permanent Court of Arbitration found China’s claims on the South China Sea have no merit. But to Beijing the sea is a vulnerable border. Think for a moment about how Washington would react if China held naval war games off Yokosuka, San Diego, or in the Gulf of Mexico. One person’s international waters are another’s home turf.

The Frayed Detente Over Taiwan

The tensions in the South China sea go back to the Chinese civil war between the communists and nationalists, in which the Americans backed the losing side. When the defeated nationalists retreated to Taiwan in 1949, the U.S. guaranteed the island’s defense, recognized Taiwan as China, and blocked the People’s Republic from UN membership.

After U.S. President Nixon’s trip to China in 1972, the two countries worked out some agreements on Taiwan. Washington would accept that Taiwan was part of China, but Beijing would refrain from using force to reunite the island with the mainland. The Americans also agreed not to have formal relations with Taipei or supply Taiwan with “significant” military weapons.

Over the years, however, those agreements have frayed, particularly during the administration of Bill Clinton.

In 1996 tensions between Taiwan and the mainland led to some saber rattling by Beijing, but the PRC did not have the capacity to invade the island, and all the parties involved knew that. But Clinton was trying to divert attention from his dalliance with Monica Lewinsky and a foreign crisis fit the bill, so the U.S. sent an aircraft carrier battle group through the Taiwan Straits. While the Straits are international waters, it was still a provocative move and one that convinced the PRC that it had to modernize its military if it was to defend its coasts.

There is a certain irony here. While the Americans claim that the modernization of the Chinese navy poses a threat, it was U.S. actions in the Taiwan Straits crisis that frightened the PRC into a crash program to construct that modern navy and adopt the strategy of Area Denial.

In Beijing’s eyes all these actions violate the agreements regarding Taiwan and, in practice, abrogate China’s claim on the breakaway province.

It is a dangerous moment. The Chinese are convinced the U.S. intends to surround them with its military and the Quad alliance, although the former may not be up to the job, and the latter is a good deal shakier than it looks. While India has drawn closer to the Americans, China is its major trading partner and New Delhi is not about to go to war over Taiwan. Australia’s economy is also closely tied to China, as is Japan’s. Having trade relations between countries doesn’t preclude them going to war, but it is a deterrent.

As for the U.S. military: virtually all war games over Taiwan suggests the most likely outcome would be an American defeat.

No Option But Peace

Such a war, of course, would be catastrophic, deeply wounding the world’s two major economies and could even lead to the unthinkable — a nuclear exchange. Since China and the U.S. cannot “defeat” one another in any sense of that word, it seems a good idea to stand back and figure out what to do about the South China Sea and Taiwan.

The PRC has no legal claim to vast portions of the South China Sea, but it has legitimate security concerns. And judging from Biden’s choices for Secretary of State and National Security Advisor — Anthony Blinken and Jake Sullivan, respectively — it has reason for those concerns. Both have been hawkish on China, and Sullivan believes that Beijing is “pursuing global dominance.”

There is no evidence for this. China is modernizing its military, but spends about one third of what the U.S. spends. Unlike the U.S., it is not building an alliance system — in general, China considers allies an encumbrance — and while it has an unpleasant authoritarian government, its actions are directed at areas Beijing has always considered part of historical China. The PRC has no designs on spreading its model to the rest of the world. Unlike the U.S.- Soviet Cold War, the differences are not ideological, but are those that arise when two different capitalist systems compete for markets.

China doesn’t want to rule the world, but it does want to be the dominant power in its region, and it wants to sell a lot of stuff, from electric cars to solar panels. That poses no military threat to the United States, unless Washington chooses to challenge China in its home waters, something Americans neither want nor can afford.

There are a number of moves both countries should make.

First, both countries should dial down the rhetoric and de-escalate their military deployments. Just as the U.S. has the right to security in the waters near its borders, so does China. Beijing, in turn, should give up its claims in the South China Sea and disarm the bases it has illegally established. Both of those moves would help create the atmosphere for a regional diplomatic solution to the overlapping claims of countries in the region.

The cost of not doing this is quite unthinkable. At a time when massive resources are needed to combat global warming, countries are larding their military budgets and threatening one another over islands and reefs that will soon be open sea if climate change does not become the world’s focus.

SCMP Clips: “Biden calls China the ‘most serious competitor’ to the US, in his first foreign policy address”