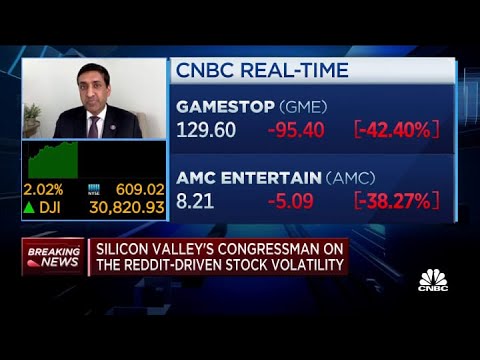 Southwest Harbor, Maine (Special to Informed Comment) – It would be unfair to suggest that the titans of Wall Street are oblivious to poverty. One of their central themes is the role that financial literacy can play in teaching citizens how wealth is acquired and maintained.

In their worldview saving and investing in the stock market from an early age remains one of the tried and true routes to future.comfort. Soothing as this idea may be, its obverse is a source of anxiety. If the market produces prices that swing beyond all common sense -— and thus make investment a scary proposition -— one’s sense of security is undermined even more than one’ net financial worth. Thus when GameStop reached a net capitalization of Best Buy it evoked concerns about the whole capitalist order even though, as business reporter Doug Henwood put it

“it’s funny to see some Wall Streeters complain that there’s something unfair about this action, since these are the sorts of games they play with each other and the general public all the time. They talk up stocks or talk them down, depending on their interests, and plot against what they see as weak or vulnerable players all the time. “

This of course is not how the system is supposed to operate. Why they do and with what consequences is the real literacy we ought to teach.

The conventional picture most of us grow up with is that the stock market channels savings to efficient but capital hungry businesses. To the contrary, however, the stock market is a secondary market, When I buy a share of IBM the money goes to the current owner of that stock .IBM has no more or fewer resources with which to build its main frames.

The only exception to this pattern is the IPO, initial public offering, when start up corporations issue and sell stocks in the market. Despite all the hype these receive, such offerings are estimated to amount to only about two percent of the market.

Though a decreasing source of real goods and services the stock market can often be the source of great wealth. An observer might assume that wealth derives from picking those stocks of efficient, innovative companies. But remember what matters is whether many market participants share that view. Often the most lucrative investment is following the crowd. Bubbles and volatility are at the core of modern financial capitalism rather than a consequence of uniquely evil agents. , as the short sellers have been portrayed in some accounts of the GaneStop escapade.

Former Greek Finance Ministe Yanis Varoufakis, drawing on Keynes’s brilliant insights, summarized this dynamic well: I”n the reading of Keynes proposed here, economic agents are smart and as well informed as possible. They act sensibly in the pursuit of their objectives and in accordance with their forecasts of a future rendered unknowable due to its dependence on the average opinion. That their estimates can be systematically wrong is not due to their stupidity or misinformation but, rather, to the fact that, however intelligent they may be, it is impossible to see into the future consistently when that future is co-determined by everyone’s forecasts.

Thus, the future’s inevitable opacity causes deep insecurity in the mind of investors but also of consumers and workers. When something untoward happens, this rational insecurity may feed on itself: people begin to form pessimistic expectations which are then confirmed simply because of the reductions in both consumption and investment that they motivate. Like Laius was killed by his son, Oedipus, just because he believed the prophesy that this would happen, so do capitalists may bring about a crisis if they simply believe that a crisis is looming.

Another source of capitalist wealth is the development of new financial products which purportedly reduce risks. Examples are mutual finds, derivatives of various sorts, exchange traded funds. These are often backed up with elaborate financial models and they work until they don’t. Financial capitalism also issues bonds and shares of stock as part of complex merger and acquisition deals. These can enhance productivity but usually increase market power rather than new products.

Market opinion and market price can affect corporate expansion, but often in adverse ways. Since executives are frequently compensated in stock options, the right to buy a number of shares at a designated price, executives have an incentive to maximize short term profits. Along this line perhaps the most egregious corporate practice is the use of company profits to buyback stock in the company in order to benefit both management and shareholders, while depriving the corporation of assets fir growth or a rainy day fund.

Many scholars attribute the slow growth of US capitalism in the last two decades to the increasing role of finance. Naked Capitalism’s Yves Smith points out; “a surprisingly large number depict overfinanicialization as a drag on growth. Even the IMF concluded that the country representing the optimal level of financial “deepening” was Poland circa 2015, and more financialziation was productive only if regulations were strict. Those conditions haven’t been operative in the US for quite a while.”

This is an especially dangerous time for finance to play such a central role. The instability it fosters harms poor and working class wages and the bailout and Federal Reserve liquidity programs enhance the stock portfolios of the ten percent of the population that owns almost 90 percent of corporate stock. At a time when this nation faces a pandemic, a climate crisis, and a decaying infrastructure, financialization takes many of our best and brightest

These trends are not inevitable outgrowths of a capitalist economy. Contrary to the late British prime minister Margaret Thatcher there are alternatives. An SEC that regulated, as by outlawing such destabilizing practices as day trading and limiting the advantages digital technologies give to high tech firms would be a good start. Perhaps the mot immediately possible and effective would be a financial transaction tax. Widely supported it would make the tax code at least modestly less regressive while discouraging complex but unproductive trading strategies. Ultimately the workers, wbo are the source of corporate profits, ought to control the redirection of those funds.