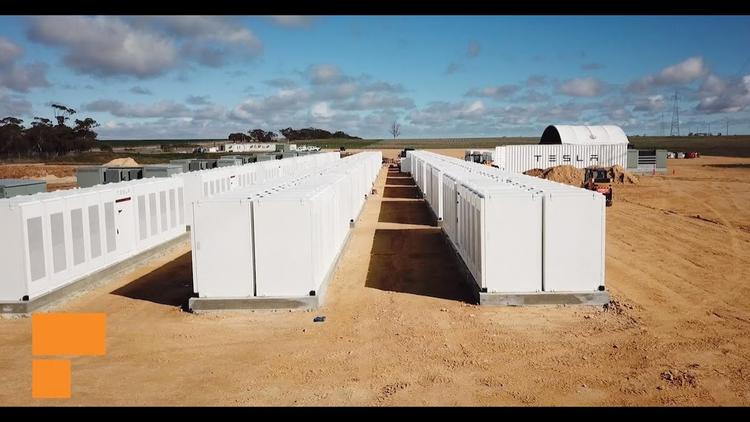 By Michael McGreevy and Fran Baum | –

Less than two decades ago, South Australia generated all its electricity from fossil fuels. Last year, renewables provided a whopping 60% of the state’s electricity supply. The remarkable progress came as national climate policy was gripped by paralysis – so how did it happen?

Our research set out to answer this question. We analysed policy documents and interviewed major actors in South Australia’s energy transition, to determine why it worked when so many others fail.

We found governments need enough political power to push through changes despite opposition from established fossil fuel interests. They must also watch the energy market closely to prevent and respond to major disruptions, such as a coal plant closing, and help displaced workers and their towns deal with the change.

South Australia shows how good public policy can enable dramatic emissions reduction, even in a privately owned electricity system. This provides important lessons for other governments in Australia and across the world.

Why is the energy transition so hard?

In decades past, fossil-fuel-dominated energy markets revolved around a few big, powerful players such as electricity generators and retailers. Overhauling such a system inevitably disrupts these incumbents and redistributes benefits, such as commercial returns, to newer entrants.

This can create powerful – and often vocal – losers, and lead to political problems for governments. The changes can also cause hardship for communities, which can be rallied to derail the transition.

The change is even harder in a privatised energy market, such as South Australia’s, where electricity generators and other players must stay profitable to survive. In the renewables shift, fossil fuel businesses can quickly become commercially unviable and close. This risks supply shortages, as well as price increases like those after Victoria’s Hazelwood coal plant closed in 2017.

The obstacles help explain why a wealthy nation such as Australia, with extremely high per capita emissions and cheap, plentiful renewable resources, has struggled to embrace its clean energy potential. Even frontrunners in environmental policy, such as Germany, have struggled to make the switch.

How South Australia did it

South Australia is a dry state – extremely vulnerable to climate change – with abundant wind and solar resources. These factors gave it the motivation and means to transition to renewables.

The South Australian Labor government, elected in 2002, adopted a target for 26% renewables generation by 2020. At the time, wind energy was already a competitive supplier of new generation capacity in Europe, creating an established wind farm industry looking to invest.

Some of South Australia’s best onshore wind potential was located near transmission lines running 300 kilometres from Port Augusta to Adelaide. This greatly reduced the cost of connecting new wind generators to the grid.

South Australia benefited greatly from the federal renewable energy target, established by the Howard government in 2001 and expanded under the Rudd government.

The scheme meant the South Australian government didn’t need to offer its own incentives to meet its renewables target – it just had to be more attractive to private investors than other states. This was a relatively easy task. Under the state Labor government, South Australia’s energy and environment policy was consistent and coordinated, in contrast to the weak and inconsistent policies federally, and in other states.

To attract renewable energy investors, the government made laws to help construct wind farms in rural zones away from towns and homes. New wind farms were regularly underwritten by state government supply contracts.

As the transition progressed, the state’s largest coal generator, at Port Augusta, was wound back and eventually closed. To help workers and the town adjust, the state government supported employment alternatives, including a A$6 million grant towards a solar-powered greenhouse employing 220 people.

The Labor government enjoyed a long incumbency, and the state was not heavily reliant on the export of fossil fuels. This helped give it the political leverage to push through change in the face of opposition from vested interests.

It’s not easy being green

South Australia’s transition was not without controversy. Between 2014 and 2018, the state’s consumer electricity prices rose sharply. While critics sought to blame the increasing renewables share, it was largely due to other factors. These include South Australia’s continued reliance on expensive gas-fired power and the closure of the Hazelwood coal-fired power station in neighbouring Victoria, which fed large amounts of power into South Australia.

And in late 2016, South Australia suffered a statewide blackout. Again, renewables were blamed, when the disaster was in fact due to storm damage and overly sensitive trip switches.

After a second, smaller blackout six months later, the then federal treasurer Scott Morrison brought a lump of coal into parliament and argued South Australia’s renewables transition was:

In 2018, Labor lost office to a Liberal party highly critical of the renewables transition in opposition. But by then, the transition was well advanced. In our view, specific legislation would have been required to halt it.

The state Liberal government has now firmly embraced the renewables transition, setting a target for 100% renewable electricity by 2030. By 2050, the government says, renewables could generate 500% of the state’s energy needs, with the surplus exported nationally and internationally.

It also highlights the importance of having transmission infrastructure near renewable resources before new generators are built.

As energy markets the world over grapple with making the clean energy transition, South Australia proves it can be done.

Australian Renewable Energy Agency: “How are big batteries helping to transition to renewables?”